As livestreaming platforms like Twitch grow ever more popular, viewers are given increasingly advanced ways to support their favorite streamers – but some broadcasters require more than a mere follow.

However, regular subscriptions come at a price, depending on the tier, with many fans opting to merely follow their favorite streamers to save on cash – but one streamer requires more from his fanbase.

Controversial streamer Gross Gore announced an unusual plan to his fans in his Discord channel in early July, claiming that he would give his followers one month to subscribe to his channel before ultimately hitting them with the ban hammer.

“Once I can start streaming again, I’m giving my followers one month to subscribe or I’m banning them,” a screenshot from his Discord channel shows. “Moobot has got me a bot that will do it automatically. I don’t want toxic people following me or getting gifted subs and typing in chat.”

While it seems like Gross Gore is going forward with his plan as a means to weed out the riffraff, commenters across the web aren’t buying his story, with some arguing that he is trying to “strongarm his viewer base into subbing.”

“How to commit career suicide,” one user wrote of the debacle. 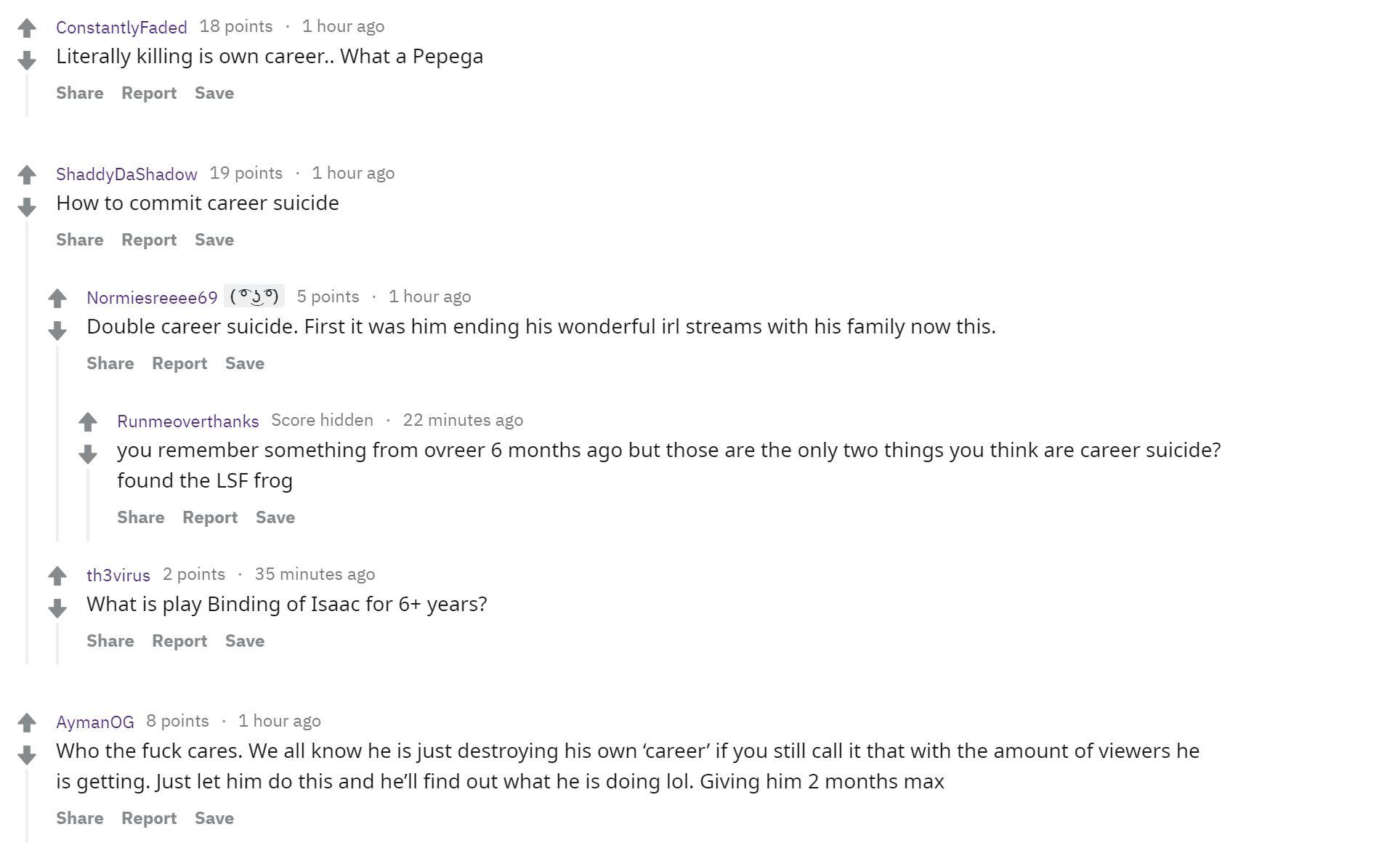 “…We all know he is just destroying his own ‘career,’ if you still call it that, with the amount of viewers he is getting,” another said. “Just let him do this and he’ll find out what he is doing lol. Giving him two months, max.”

Gross Gore is known as a controversial figure across sites like Reddit and Twitch, after being accused of multiple counts of sexual harassment at RuneFest 2018.

Regarding an altercation that occurred between me and Gross Gore on Saturday evening. I’ve written a statement as there are false rumours circulating. pic.twitter.com/nl0GOpbp4B

The streamer likewise went on a paranoid tirade in late April, after internet trolls faked a racist SnapChat from Gross Gore, causing him to upload multiple videos to Twitter where he claimed that he was being “hexed.”

Considering his history of scandal, this latest debacle comes as no surprise to those who have been keeping up with the streamer, who continues to argue that his plan to ban viewers will help weed out unsavory viewers from his chat.