Streamer Maya freaked out by Twitch viewer with bizarre obsession

Twitch streamer Maya Higa was stunned to discover that one of her viewers appears to have a rather disturbing obsession with her – after finding numerous clips taken by the same user of her sneezing.

Twitch allows viewers to ‘clip’ any live broadcast (or VOD, if the streamer allows it), to create a short video up to one minute long, of whatever has just happened on the stream.

Users who make these clips must give them a title, and their account name is also displayed, so that anyone can see who made the clip, including the streamer. 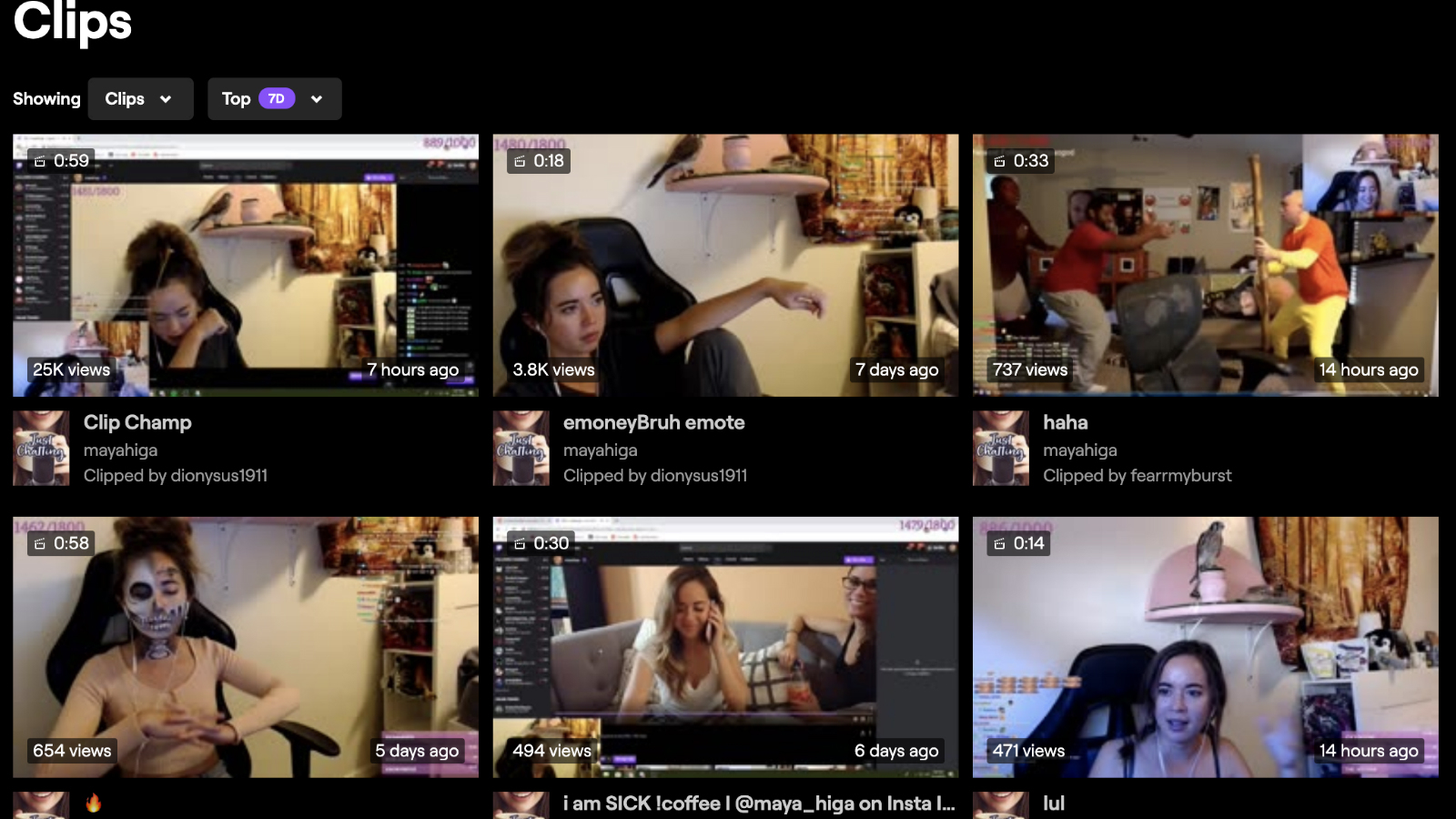 One of Maya’s ‘fans’ was using the clip function on Twitch for a very odd reason.

Streamers can remove any clips they don’t want to be kept, but generally they provide a good way for fans to share their favorite moments on social media, and can bring considerable exposure to channels.

However, some users have ulterior motives for clipping, as Maya found out to her dismay. On October 22, she discovered a host of clips simply titled ‘maya1’, ‘maya2’ and so on, but noticed an odd pattern.

It turned out that all the clips, from the same users, were simply Maya sneezing. “Somebody went through my VODs, and clipped me sneezing, everywhere… everywhere!”

“And they just titled the clips, maya1, maya2, maya3, because of some sort of weird sneezing fetish,” Maya explained. “Do you know how long it would take to go through VOD’s of me sneezing like that?”

She then proceeded to delete as many of the clips as she could find, and sent a message to the viewer: “The next time you sit down on your bed and get your lotion, get ready to get c**ked, you f**king weirdo.”

Maya also banned the user from her chat, although it won’t stop them from continuing to view her streams and create clips.

The only step Maya could take to prevent the issue is to make her VODs subscriber-only (which then cannot be clipped, even by subscribers), but this would also prevent any ‘normal’ viewers from clipping her VODs too of course.