Twitch streamer Macaiyla has explained why she has been banned from the platform, after her account was temporarily disabled on September 11.

After getting her ban reduced, Macaiyla’s Twitch Channel is up and running once again.

Her channel can be accessed by audiences once again following the unfortunate incident that caused her to be banned.

Macaiyla’s Twitch channel has been steadily growing over the past year and the streamer had over 120,000 followers when she received the temporary ban.

She is also the girlfriend of popular League of Legends streamer Tyler ‘Tyler1’ Stienkamp, and the pair are often seen streaming together.

Why was Macaiyla banned from Twitch?

The streamer explained she’d been suspended for three days, after her Twitter timeline betrayed her while she was live, inadvertently violating Twitch’s Community Guidelines.

Macaiyla just opened her Twitter, scrolled down a bit and ran into a nude image that popped up on her timeline, with no real way to avoid it appearing on her stream as well.

As the streamer explained, there was nothing she could really do about it, and Twitter doesn’t have any way to let you know what’s coming up on the website, saying that it was “extremely random.”

I don’t ever browse twitter at random on stream lol. It was extremely random that the one time I go to do something there’s tits. Nothing I could really do. pic.twitter.com/pqqrlTALLl

Twitch bans are usually handed out whenever a streamer violates these Community Guidelines. These suspensions are typically temporary, provided the streamer is not a repeat offender, which Macaiyla is not. 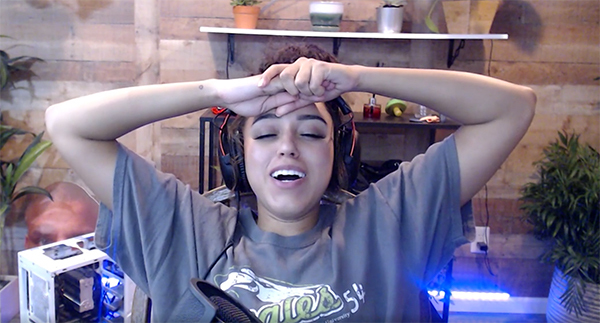 The streamer knew almost as soon as she got onto Twitter that she was in trouble.
[ad name=”article5″]

Since the initial ban, Macaiyla said the time has been reduced from three days to 24 hours – which she thinks is fair, all things considered.

It may not have been intentional, but she did end up violating the rules, which typically doesn’t go ignored by Twitch’s staff.

My suspension got reduced to 24 hours. Thanks Twitch. I think that is fair.

A week of NSFW Twitch slip-ups

Macaiyla wasn’t the only streamer to run into some unwarranted NSFW content this week. Another streamer, Korean model Addielyn, accidentally went live while changing in her room.

How to get into Gerudo Town in The Legend of Zelda: Breath of the Wild