Back in December 2017, we reported on streamer ‘Lester Gaming’ – who devilishly fooled Twitch as he broadcasted a live UFC fight – while pretending to play a UFC game as cover.

And now, the ingenious (although partly illegal) streamer is back at it again – this time broadcasting the NBA playoff match between the Golden State Warriors and Houston Rockets under the guise of playing NBA game 2K18.

Copyrighted content such as movies, television shows and live sports events are not typically permitted to be live streamed, however it can be difficult for a site as populated as Twitch to clamp down on every channel.

As soon as one is removed, another simply pops up in its place, with live events such as the Oscar’s or major boxing and UFC fights common pitfalls.

However, Lester Gaming is now a seasoned expert in avoiding the eagle eyed Twitch staff who must be working around the clock to shut down these streams as soon as they appear.

So, while streaming the NBA playoff match, Lester sits controller in hand in attempt to fool any patrolling copyright hunters.

Lester would even react to some of the on screen action, so to keep up appearances – even joking that he could not skip the ‘cutscenes’ when commercials were on. 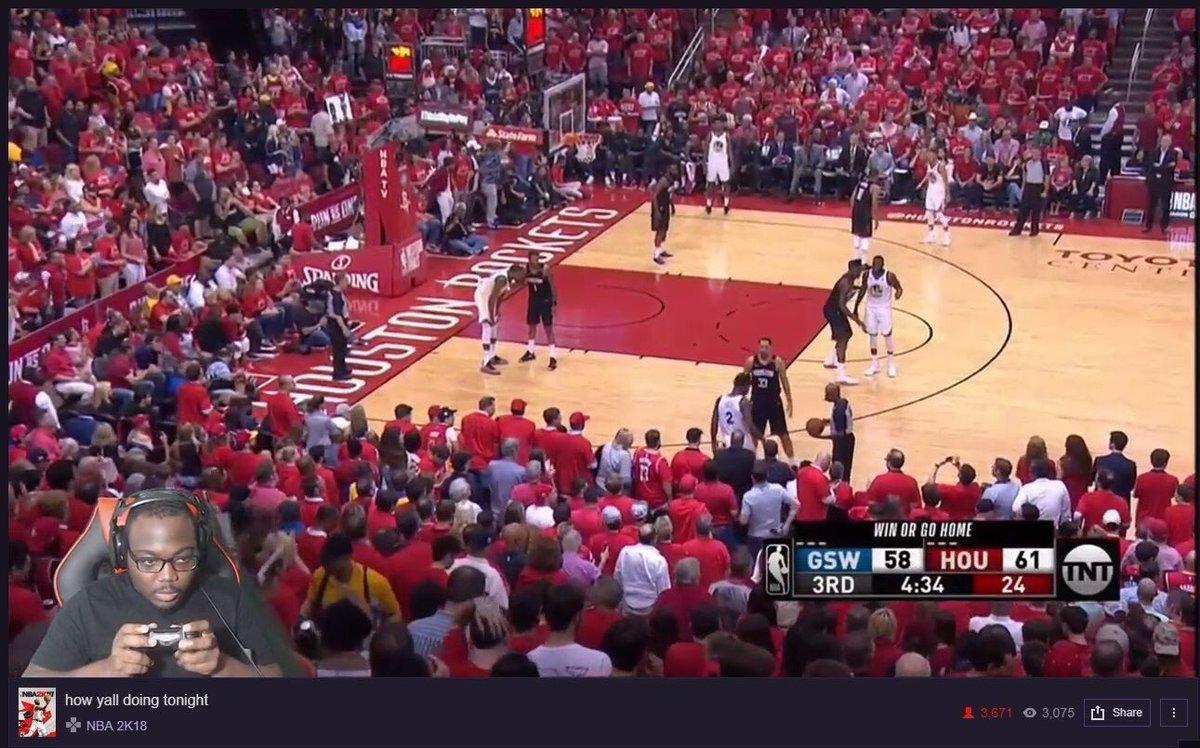 However, he was also previously suspended on the occasion in late 2017, so maybe he will eventually be allowed to return to the platform after this too.