Popular YouTuber and family vlogger Roman Atwood is known for his positive ‘Smile More’ slogan, which appears on his custom apparel – but a retail giant may have ripped off the phrase in a big way.

Atwood uploaded a Tweet on April 4, appearing to accuse major retailer Target of using both his slogan and design for their own clothing.

“Yo Target, talk soon,” Atwood wrote, coupled with a screenshot that showed multiple photos that fans had taken of a crop top at the store. The clothing featured a ‘Smile More’ phrase emblazoned on its front – as well as Atwood’s signature “smile” line underneath the words.

Many fans are calling for the YouTuber to take legal action against the store, while others don’t fancy Atwood’s chances against the massive company.

“Absolutely no offense to Roman, but imagine a multi billionaire store against a millionaire,” one fan wrote of the debacle.

“He absolutely has plenty of money to defend the case,” another argued. “It’s an extremely easy case to win. It’s clear infringement/copyright, he has a patent.”

Absolutely no offense Too Roman.
But imagine a multi billionaire store against a millionaire..

Lolol he absolutely has plenty of money to defend the case. It’s an extremely easy case to win. It’s clear infringement/copyright, he has a patent.

This wouldn’t be the first time Target has been called out for copyright infringement, either; the company was similarly challenged by Latinx artist Felix d’Eon in May 2018, after the retailer appeared to use one of his designs on a T-shirt without permission.

“Target stole a design of mine and printed it on a T-shirt,” d’Eon said of the apparent theft. “Is this how you support the queer Latinx community, Target, by stealing the art of a gay Mexican artist? I’m curious to hear what you have to say!” 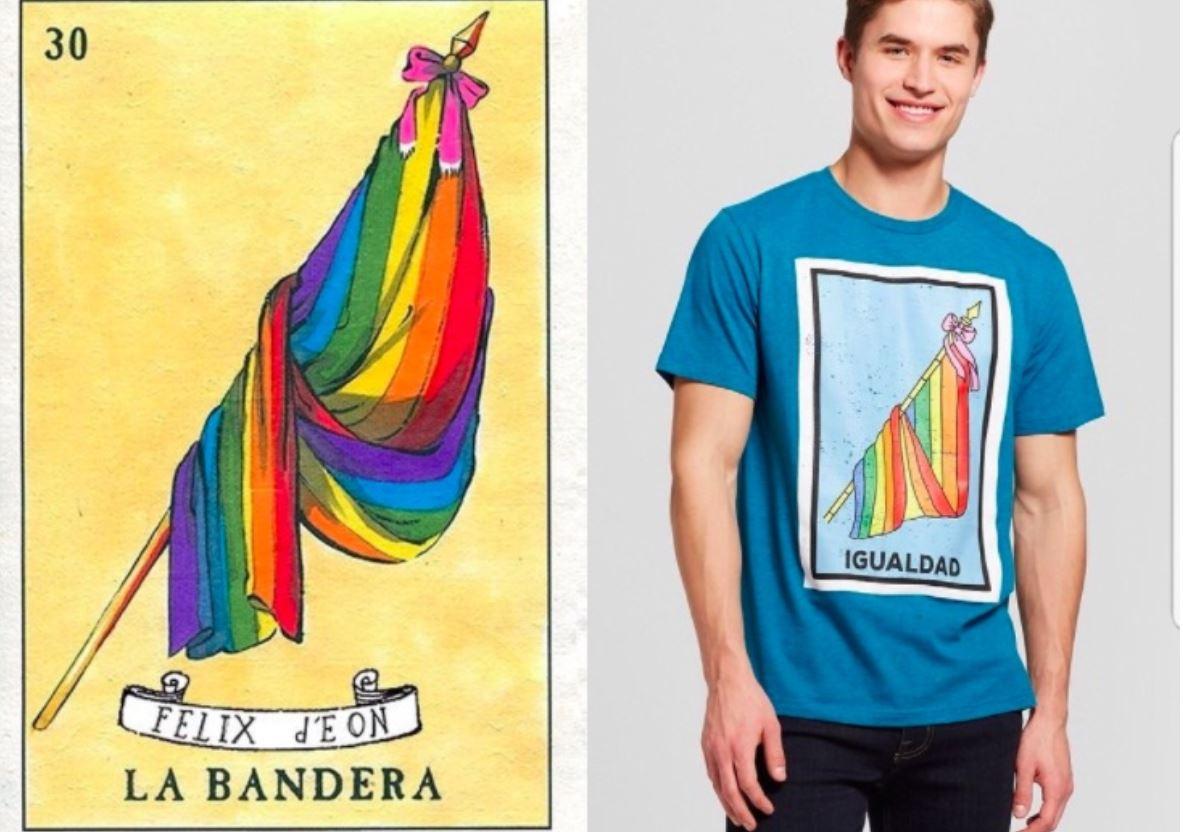 Target has been called out for copyright infringement before, in one case allegedly using the design of a Latinx artist without permission.
https://hiplatina.com/latinx-artist-target-loteria/

Target appeared to admit wrongdoing in their response to the debacle, where they claimed that they respected “the design rights of others and expect our vendors to do the same” and had “removed this shirt from our online assortment.”

Target’s apparent infringement follows Atwood’s charitable initiative to aid small Twitch streamers, taking $2 from every sale of his ‘glitch’ graphic tee and donating it to up and coming broadcasters on the platform.

Target has yet to publicly respond to Atwood’s Tweet at the time of writing.