Richard Lewis has criticized Twitch for supposed inconsistencies in their moderation policy, comparing Alinity with Destiny’s during an episode of Trainwreckstv’s Scuffed Podcast.

Twitch streamers being suspended has always been a hot-topic in the community, particularly throughout 2019. With streamers being temporarily or permanently removed from the platform, Amazon’s streaming service has not been afraid to exercise its right to punish creators in-line with their Terms of Service (ToS) and community guidelines.

However, as pointed out by veteran esports journalist, Richard Lewis, there appears to be a disparity between the exact punishments being dished out, especially around the length of respective bans. 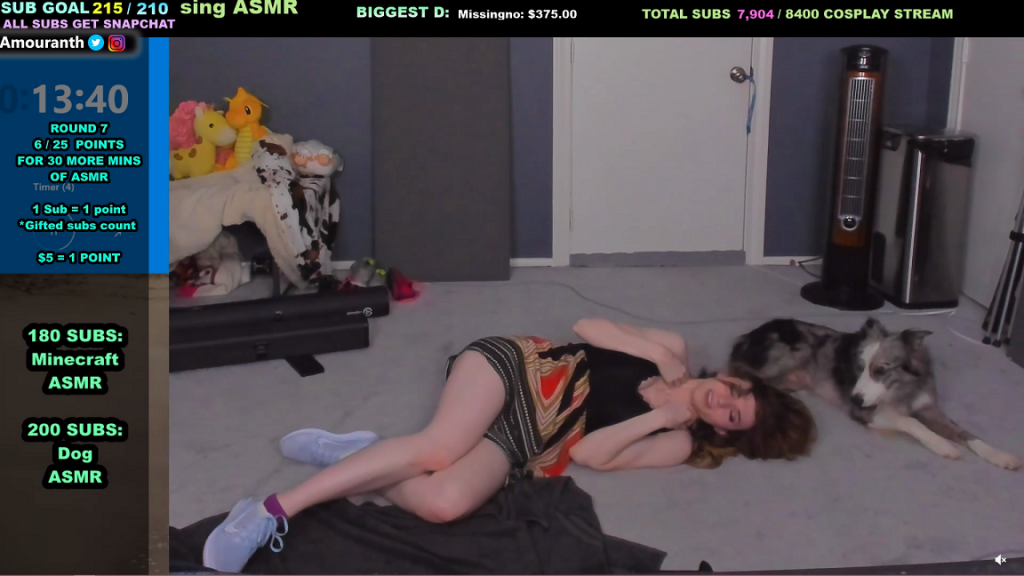 Amouranth was banned for three days after a wardrobe malfunction.

Richard Lewis has been in the spotlight following his speech at the 2019 Esports Awards, after winning Journalist of the Year.

After withstanding the tremors from his Richter-scaling oration, Lewis was keen to discuss Twitch’s apparent inconsistencies on Tyler ‘Trainwreckstv’ Nikham’s podcast.

The Brit opened with: “We now know [that] Twitch are asleep at the wheel and actually don’t really conduct investigations, and don’t really mete out bans with any rhyme or reason.”

He continued: “It just depends which f**king purple hoodie-wearing intern gets your case across their desk and how they feel that day.”

Lewis then went on to draw comparison between Steven ‘Destiny’ Bonnell and Natalia ‘Alinity’ Mogollon, after Destiny recently received a suspension for skimming over a nude image of fellow Twitch streamer, Alebrelle.

“Case and point, it happened to Steven [Destiny] recently. Banned for accidentally showing the horror show that is Alebrelle playing a piano with his back to everyone like Monty Python – not wearing any clothes – for three seconds,” Richard said.

“Nothing actually being revealed in the picture […] He takes a three-day ban on the chin for that.”

He contrasted this to an incident on Alinity’s stream showing sexually explicit content, without facing similar repercussions: “Meanwhile, you know, we’ve seen (I think it was) Alinity actually have a raging erect penis on the screen for much longer, and that’s fine… And that’s okay, no ban!”

There have been countless other incidents that have sparked controversy due to Twitch’s handling of the situation. For example, an artist was banned for three days after drawing content that was deemed to be sexually suggestive — yet her channel was partnered for producing the same content.

Meanwhile, body painters (who often appear on-stream with little to no clothing due to the nature of the art) are protected under the community guidelines.

Perhaps most controversially, Twitch has handed out bans on three separate occasions after mistakingly ruling that streamers had used racial slurs, when in fact they had said words like ‘nerds’ and ‘idiots’ and were misheard.