Over the past few years, gaming has proved to be a very lucrative lifestyle for those who have reached the pinnacle of video game entertainment.

In fact, the top 10 gamers in terms of 2019 earnings earned a combined $121 million from their content creation, sponsorships, and partnerships, a whopping figure that will raise the eyebrows of anyone not familiar with the industry. 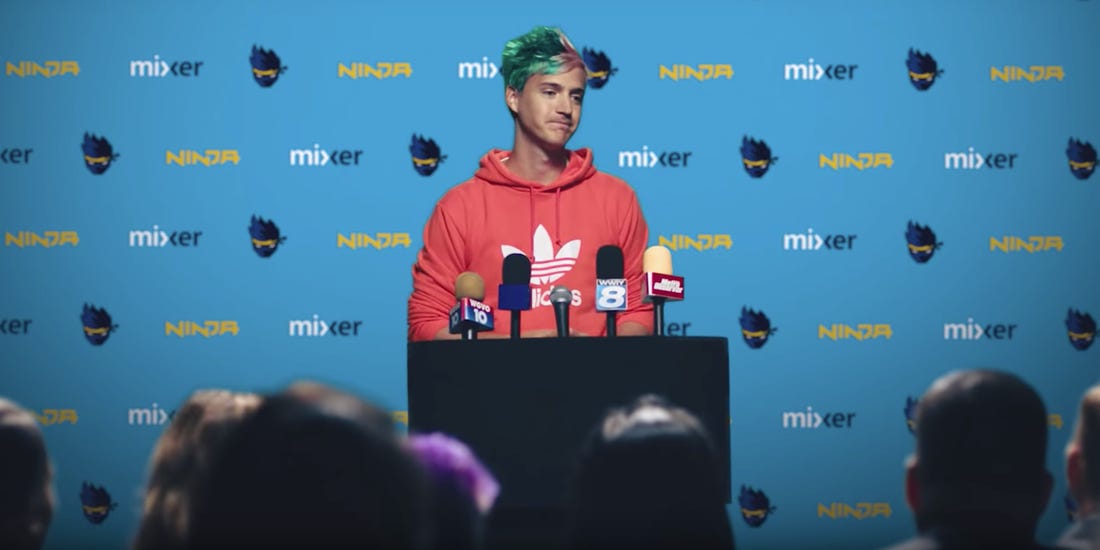 Ninja’s deal with Microsoft and move to Mixer helped propel him to the top of 2019’s highest-paid gamers list.

That figure and the top 10 earners, were revealed in a report published by Forbes on January 29 – a list that features four streamers and six YouTubers.

It’s important to note that this list does not include those who are solely pro gamers, as Forbes chose to focus purely on influencers.

It’s clear that Forbes chose to go with a much broader definition of “gamer,” since they chose to include the likes of PewDiePie and Markiplier, two YouTube icons whose channels don’t really focus too much on gaming anymore.

Forbes’ list intentionally left out pro gamers, such as Fortnite star Bugha, who made $3 million from winning the World Cup Solos Finals.

It comes as no surprise that this list is topped by Ninja, who apparently made a whopping $17 million in a massive year for the superstar streamer.

He announced sponsorships with Adidas, Red Bull, underwear brand PSD, signed a deal with Microsoft that saw him move from Twitch to Mixer, starred in an NFL Super Bowl commercial and even got his own skin in Fortnite.

He is joined on the list by shroud, another top streamer who moved to Mixer in 2019. Widely regarded as one of the most talented gamers out there, especially for first-person-shooters, the former CS:GO pro enjoyed a highly successful year playing a wide variety of games, most notably Apex Legends and Escape from Tarkov. Although no longer strictly a gaming YouTuber, PewDiePie still managed to get second in Forbes’ list of highest-paid gamers of 2019.

With the trajectory that esports and gaming entertainment is on, expect these figures to be even higher once the 2020 list rolls around.

A lot of these content creators are in the prime of their careers so there’s no telling what new set of accomplishments they’ll boast this time next year.