Users are reporting issues with the popular social, entertainment, and news hub Reddit on September 18, and we’ve got the latest on this current outage.

According to user reports, the issue causing Reddit to crash has been resolved on the most part, and the website has become accessible again.

However, it appears that there are still some delays with pages loading, so make sure to refresh the page if you are still experiencing delays.

When it comes to the internet, there isn’t a bigger or more prominent central hub than Reddit, which houses tens of thousands of communities for topics that range such as sports, entertainment, gaming, memes, and many more.

However, an unknown issue has struck the website, causing the website to become inaccessible to many, with half-loaded pages and/or error messages popping up when visited.

Reddit have acknowledged the outage, and reported that they were investigating the issue at 1:27 PM PT / 4:27 PM ET. 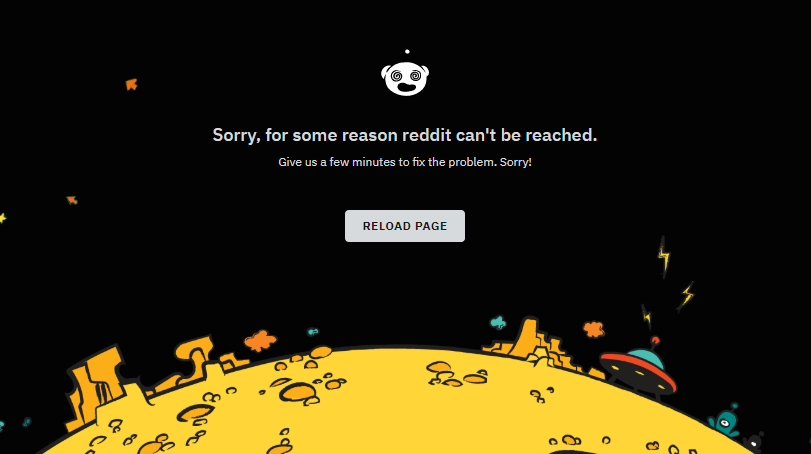 DownDetector, the website that monitors and reports outage issues concerning all major entities, reported that the issues with Reddit began at around 12:53 PM PT / 3:53 PM ET, with 70% of the issues being reported for the actual website and 26% for the app.

Their live outage map shows that these issues are mostly concentrated in the United States, primarily around Southern California and the New England/New York area.

There also seems to be a cluster of reports coming from the London area in England, as well as Berlin, Germany, but there don’t appear to be any other major outages throughout Europe.

According to DownDetector, there have already been tens of thousands of reports filed concerning this incident, which confirms that the issue is quite serious and affecting a lot of people.

This is the first major Reddit outage since the website went down on July 11, and the two incidents do appear to be similar in nature, with the only major difference being that the majority of reports were coming from the UK and the northeastern United States.