PewDiePie tells people to “move on” from Alinity ‘copystrike’ drama

PewDiePie
During his latests upload, YouTube king Felix ‘PewDiePie’ Kjellberg revealed that he had “buried the hatchet” with Twitch star Natalia ‘Alinity’ Mogollon. The Swedish content creator told viewers that it’s time to “move on” from their past drama.
In July, Twitch streamer Alinity went viral when she told viewers that she had been struggling with depression following the intense hate she had received over past mistakes she’d made.
On September 29, YouTube’s biggest star, PewDiePie, revealed that she had reached out to him in private and that they had made up following their public fallout back in 2018. The personality then told viewers that he wanted them to “move on” from making fun of her.
PewDiePie told viewers to move on after reacting to Alinity meme.

PewDiePie “buries the hatchet” with Alinity

The YouTuber made the revelation after reacting to a meme a fan submitted about Alinity. The star paused the show and told viewers that the two had actually “buried the hatchet” with each other.

“I never said this, but Alinity actually reached out. She apologized, we totally buried the hatchet. And I don’t want to take part in any more s**t on Alinity memes, even though this one is very subtle,” he said.

Kjellberg then told viewers to let go of the past and move on: “I don’t hold grudges, and neither should you guys. I see this a lot, people bringing up s**t someone did years ago. Yeah, no one cares anymore. Is that really what you bother your life with? Come on, let’s just move on.”

Alinity infamously became entangled with the 30-year-old back in 2018 when she threatened to copyright strike his video after he made a joke about Twitch streamers.

However, Mogollon later explained that it was her management that had issued the strike, after not realizing she was joking around. The star apologized to the creator in 2020, which he has now accepted. 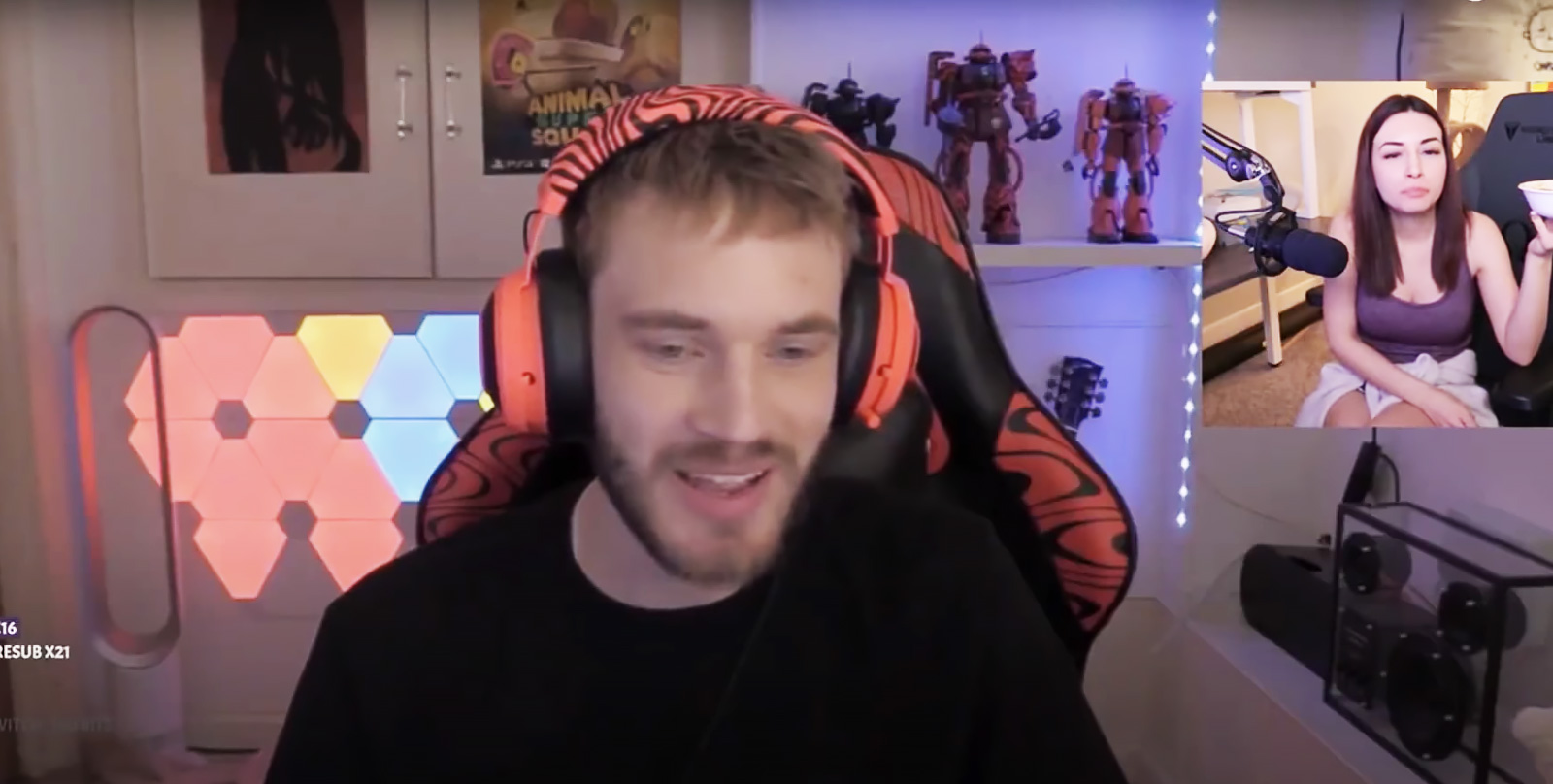 The Twitch personality went on the Healthy Gamer show in July as well, where she discussed her past mistakes in depth – including her drama with PewDiePie.

However according to Kjellberg, the two are ready to move on from the incident as he’s now asking viewers to stop with the negative Alinity memes as it’s all in the past now.