PewDiePie talked about his trip to Kamakura’s bamboo forest in an episode of LWIAY on April 6, where he threw some not-so-subtle shade toward Paul for his infamous debacle in Japan’s Aokigahara ‘Suicide Forest’ in early 2018.

“It didn’t hit me when I went there until afterwards,” he said of his Kamakura venture. “…surprisingly, we made it out. No controversies. Controversy averted. Thank you very much, Logan Paul, for taking one for the team.”

It is worth noting that PewDiePie didn’t visit the same forest as Logan Paul; Kjellberg instead visited Kamakura’s Hōkoku-ji temple, also known as the ‘Bamboo Temple,’ due to the luscious bamboo garden that extends throughout the area.

The thumbnail and title of PewDiePie’s video even appear to allude to Paul’s 2018 incident, although Kjellberg admitted that he hadn’t realized the similarities between the two at the time.

This wouldn’t be the first time PewDiePie has taken shots at Logan Paul, either; the YouTube king appeared to diss Paul’s response to his battle against T-Series in December 2018, after Paul required he wear a Maverick hoodie in return for his help.

PewDiePie admitted that he hadn’t given Paul his home address for the merchandise, and even compared the sub gap between his channel and that of T-Series during the time of Paul’s efforts to those of Markiplier, who saved him with a last-minute livestream on December 3.

However, PewDiePie has likewise shown sympathy to Paul in the past, appearing to take up for the YouTuber after claiming he would “go gay” for the month of March as part of his New Year’s resolution.

“…I don’t know, man,” PewDiePie said of the debacle. “‘Male Only March.’ Was that it? It’s such a stupid joke. Is that really worth getting that upset about?”

Since then, PewDiePie has reached a record-breaking 93 million subscribers on YouTube, after seemingly being defeated by T-Series in late March.

Upon releasing his ‘Congratulations’ diss track against the Bollywood label, PewDiePie’s subscriber count skyrocketed, now sitting at over 400,000 above T-Series as of April 6. 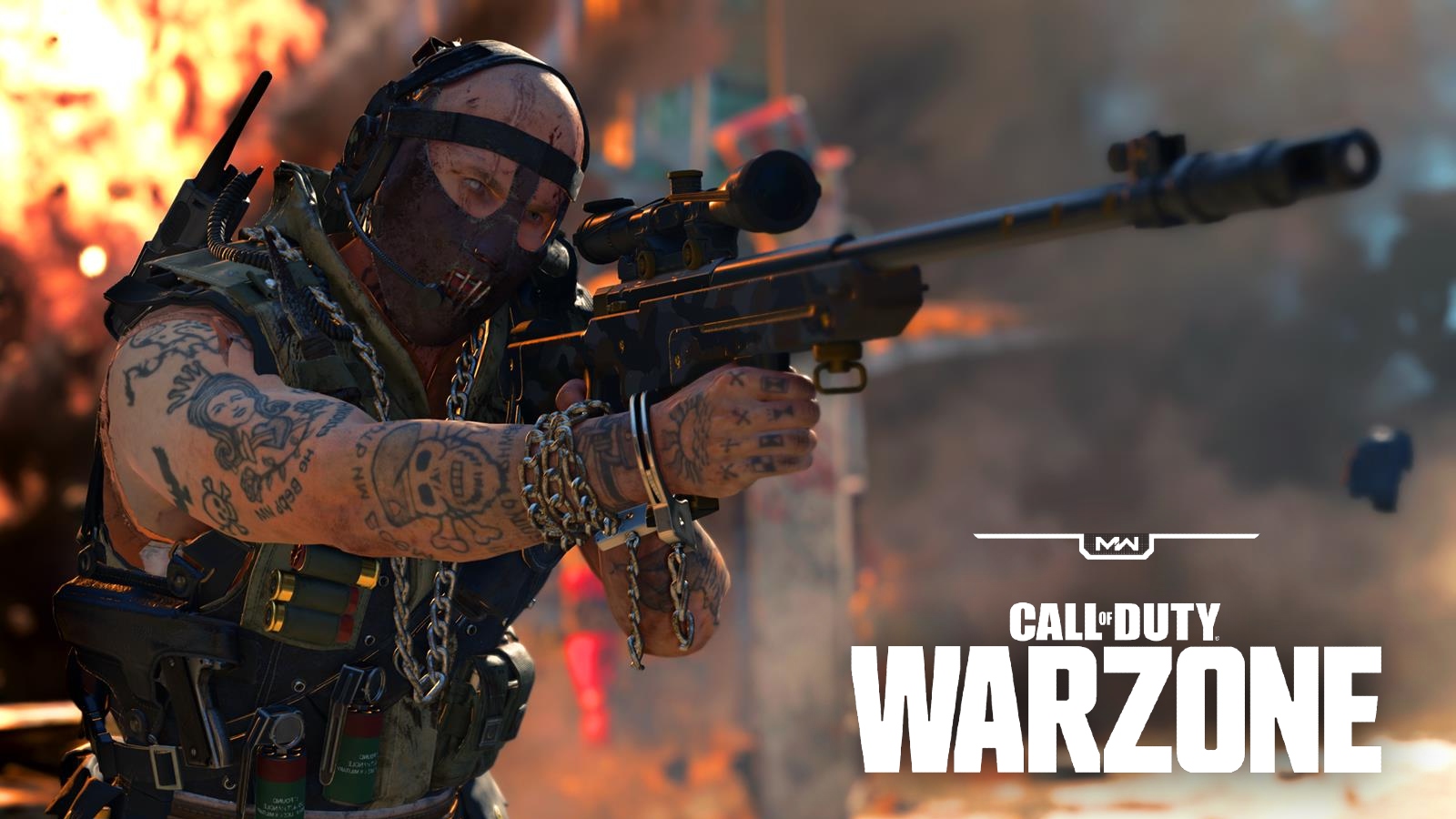 Best Warzone loadout after DMR nerf: 8 classes for all playstyles 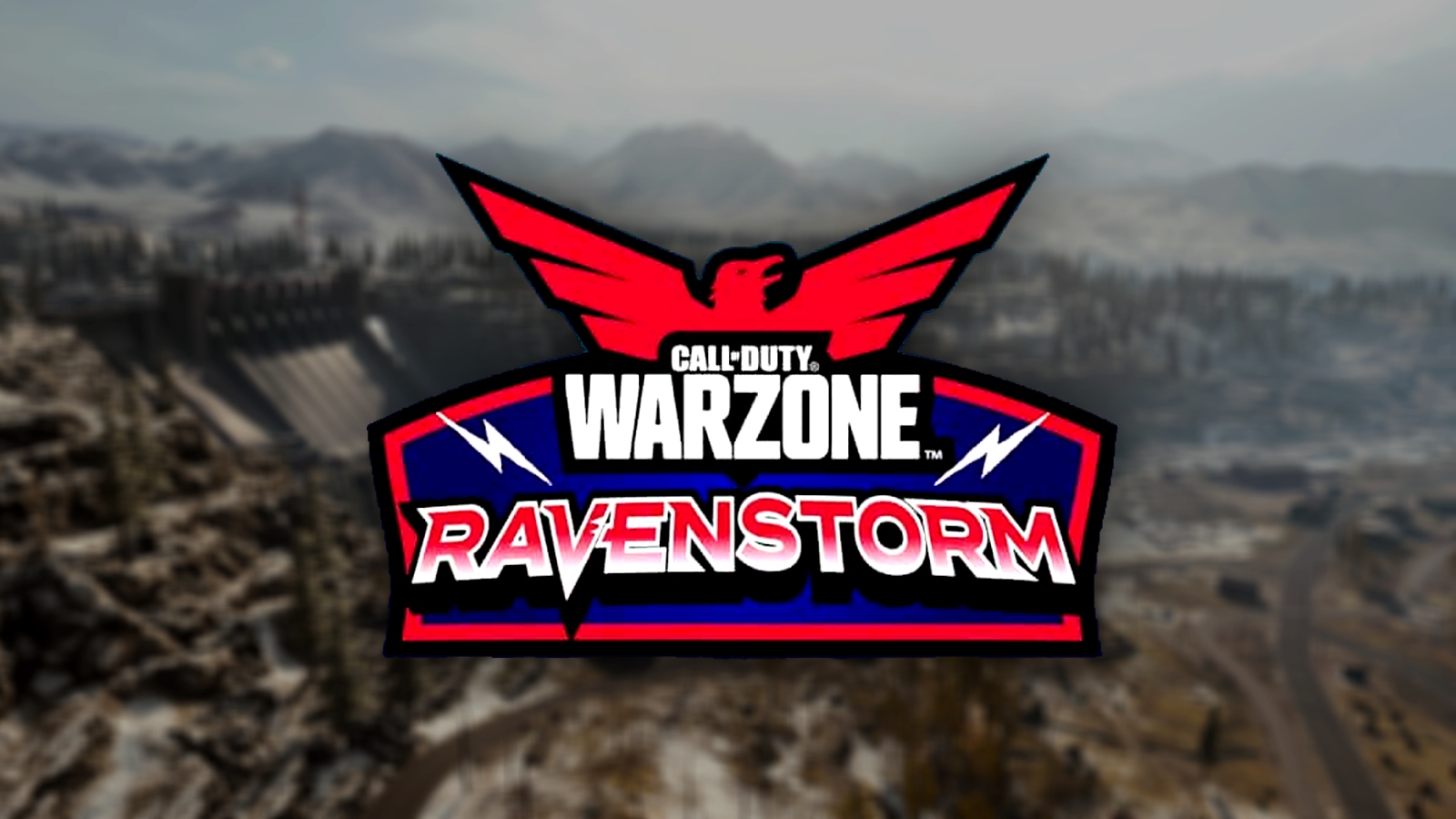 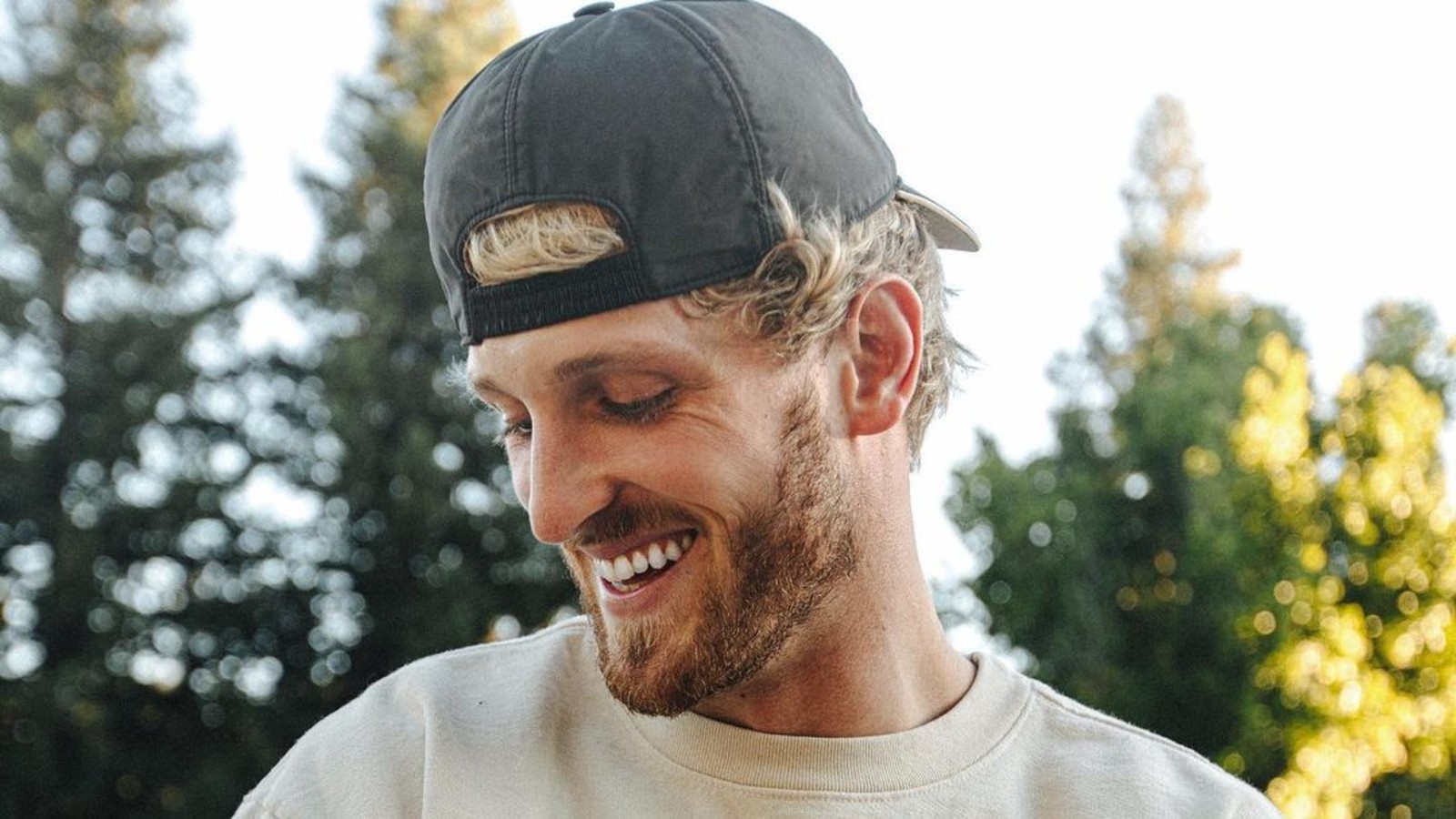 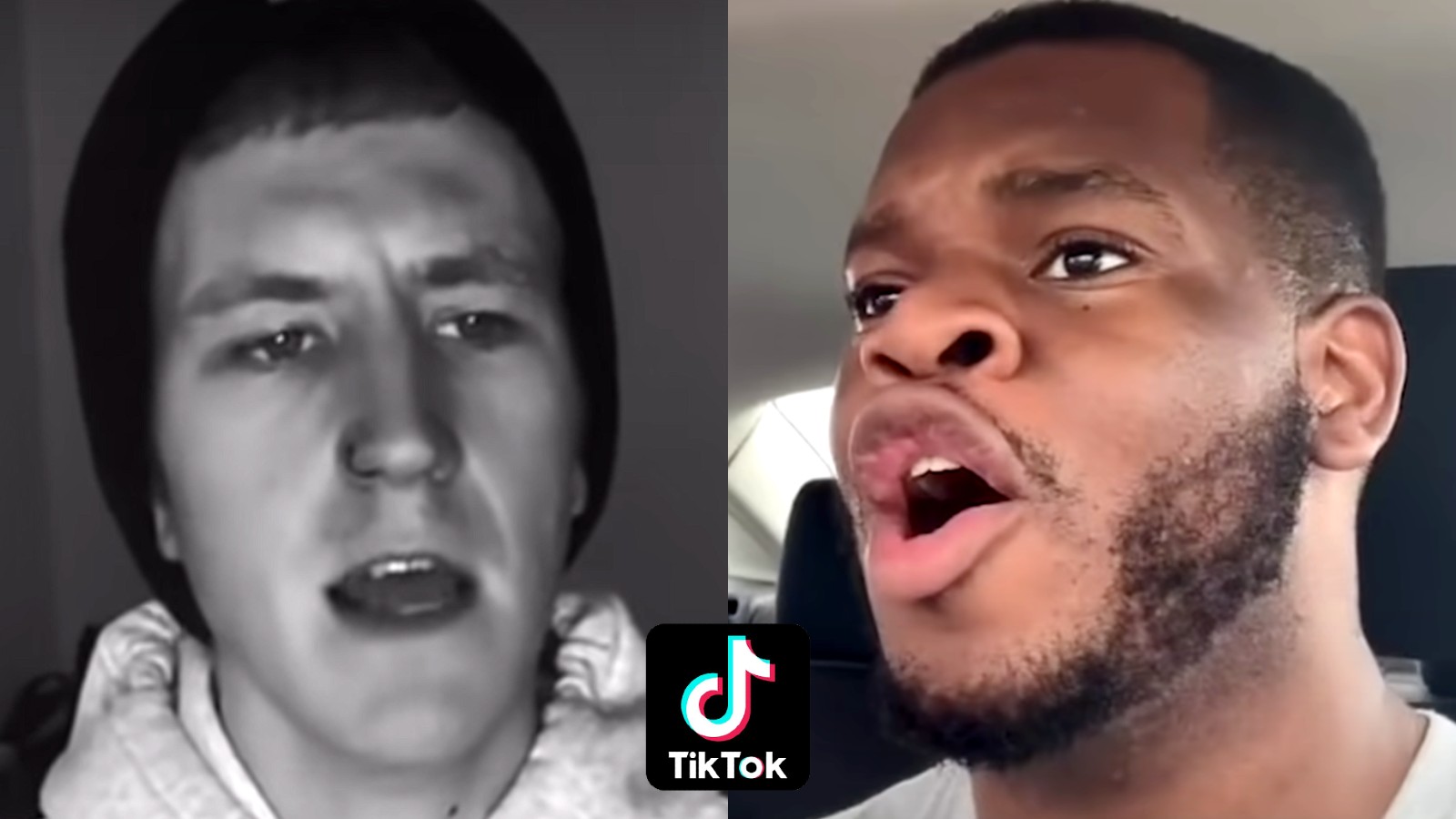 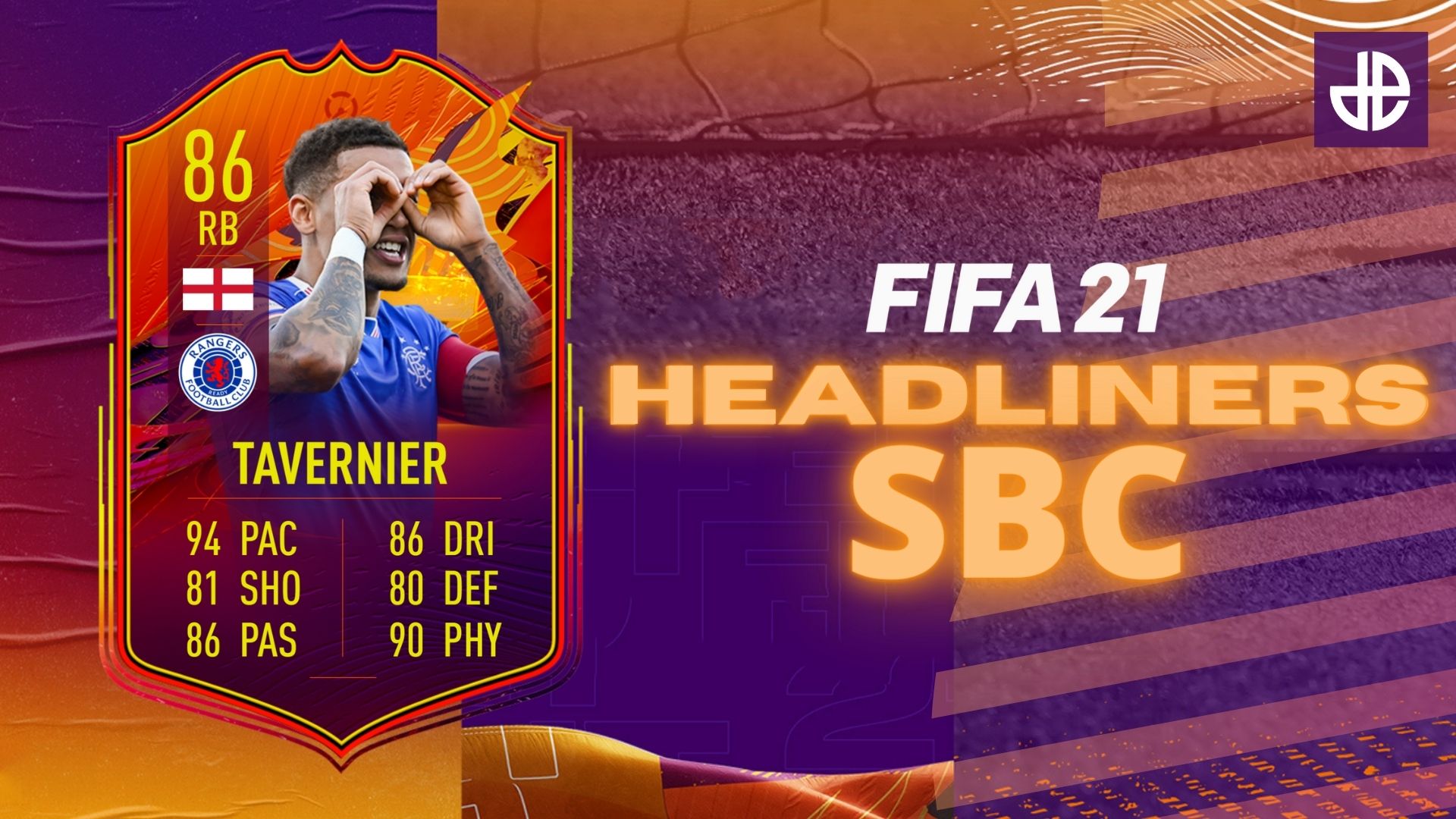 Logan Paul is one of the most recognizable internet celebrities in the world, but his rise to stardom has been littered with controversy.

Whether creating content on Vine, Facebook or YouTube, Paul’s pranks have caused much consternation, but it hasn’t held him back from collecting tens of millions of subscribers across his social platforms.

Here’s everything you need to know about Logan Paul.

How old is Logan Paul?

Given that Logan has been posting videos online since 2013, it feels like he has been around for ages, but the social media star is only 25 years old.

Born in Westlake Ohio, on April 1, 1995, he began posting on Vine in his late teens.

How tall is Logan Paul?

Those who have seen Logan Paul in the boxing ring will know that he’s a tall guy.

Standing at 6ft 2in (1.88m), he’s two inches taller than his last opponent KSI and he will tower over Floyd Mayweather, who is just 5ft 6in.

Logan Paul makes his money from a variety of sources, such as creating social media content, YouTube videos, and boxing professionally.

Since being thrust in the limelight on Vine, any project he’s taken on has been an overwhelming success, and his net worth has got bigger and bigger over the years.

Although it’s difficult to pinpoint Paul’s exact net worth, estimations speculate it’s around $20 million and rising.

How did Logan Paul become famous?

Paul burst onto the scene way back in 2013 on the video-sharing app, Vine.

He was a pioneer of the social media video sharing platform, which enabled users to share short video clips lasting a maximum of six seconds.

It didn’t take long for Paul to amass millions of followers and become one of Vine’s biggest stars.

During his time on Vine, Paul primarily created relatable comedy sketches and stunts that grabbed his audience’s attention.

A perfect example of this is one of his most popular Vine videos titled Epic car jump. The six-second clip showed Paul athletically dipping and diving around high-speed traffic while referencing the movie Dodgeball.

The Vine received over 6 million views in a single day and had fans wondering what camera trickery had been used to pull it off.

Paul’s popularity on Vine continued to rise as he collaborated with other huge names on the platform, including King Bach and Amanda Cerny.

It was only when Vine shut down in 2017 that Paul decided YouTube would become his main focus.

With Vine in the past, Paul’s next move was to set up a vlogging channel on YouTube. He began creating daily vlogs involving crazy stunts and outlandish challenges. One of his biggest viral videos at the time saw him attach his friend Evan to a giant paper airplane.

The YouTube audience took notice and Paul’s channel began growing exponentially. Later that year, he became the fastest YouTuber to hit 10 million subscribers, achieving it in a mere 333 days. Over this period, he uploaded a video every single day, attempting to up the craziness with each upload.

Unfortunately, he took it too far, causing him to make a terrible mistake on the final day of 2017.

Despite Paul’s overwhelming success on YouTube, his decision to upload a video in Japan’s ‘Suicide Forest’ landed him in the biggest controversy in the platform’s history.

The disturbing video involved Paul and a group of fellow YouTubers recording the dead body of a man who had committed suicide in Aokigahara Forest, one of the world’s most-used suicide sites. The video received extreme backlash from the online community and wider media outlets, including CNN, and the BBC.

Paul apologized for his actions and removed the video from the platform. The events led to him being kicked off from the Google–preferred program and his YouTube Red series Foursome being canceled.

The Suicide Forest video was uploaded on December 31, 2017.

However, Logan returned to the limelight when he was challenged to a boxing match by KSI in 2018 at the Manchester Arena.

Paul took on the British YouTuber in an 85kg amateur fight on August 25 of the same year. The entertaining bout went the full six rounds and was scored as a majority draw. The scorecards of every single judge gave both fighters 57 points, apart from Gareth Morris who scored KSI 58.

The event was a huge success and brought in over 1.3 million pay-per-view buys worldwide.

Broadcasters such as Sky Sports and DAZN began to show interest in the rematch and both fighters agreed a draw wasn’t a satisfying end to their feud.

Paul’s second fight with KSI was conducted as a professional bout with no headgear and 12-ounce gloves.

This time, Paul was on home soil with the match taking place at the Staples Center, Los Angeles on November 9, 2019.

The Cruiserweight fight between the two men was extremely tough to call. However, after the full six rounds, the decision went the way of KSI with only one judge scoring Paul as the winner.

In total, the fight sold over 216,000 pay-per-views on Sky Sports in the United Kingdom.

Although Paul lost the fight, it can still be considered a career-high as both events brought a new set of fans to the sport of boxing.

Paul has diversified the type of content he produces in the last few years. His podcast, Impaulsive, which he began in 2018, has over 2.75 million subscribers and has developed a dedicated fanbase.

He posts one new episode every week, discussing trending topics, or the lives of his incredibly famous guests.

Mike Tyson, 6ix9ine, Mr Beast, and many more have appeared on Impaulsive. Most episodes surpass 1 million views on YouTube alone and are also available on Apple Music and Spotify.

In what might be one of the most controversial fights in recent history, Logan Paul is taking on Floyd Mayweather in a boxing match on February 20, 2021.

Mayweather is considered to be one of the greatest boxers of all time with a 50-0 record. Paul is yet to achieve his first victory in professional boxing and has never faced a professional fighter.

It’s fair to say the odds are stacked against Paul in this upcoming fight, with some labeling it as an impossible challenge. Whatever happens, this is a bout designed to draw as many eyes to the sport as possible.

Paul’s most recent relationship with Josie Canseco was frequently documented on his YouTube channel. She made regular appearances in his videos, including one – recorded in June 2020 – in which he bought her a horse.

Despite this, their relationship didn’t work out with Paul describing their time together as a “special time for both of our lives”. He revealed the news of their break up on his Impaulsive podcast on November 25.

Paul dated Agents of S.H.I.E.L.D. star Chloe Bennet between July and October of 2018. Their relationship was not documented on his channel and was kept relatively private.

Paul reportedly dated Alissa Violet back in 2017 after she broke up with his brother, Jake Paul. At this time, the Paul brothers were making multiple diss tracks on each other with Alissa starring in a number of Logan’s videos.

According to reports, Paul dated the actress back in April of 2016. Teala Dunn is best known for her presence on Tik Tok and has over 3.6 million followers on the platform.

Paul’s biggest tweet is his reply to KSI after it was announced that he would be boxing Floyd Mayweather on February 20.

Paul’s most popular video remains his diss track on his younger brother Jake Paul. Created back in 2017, ‘The Fall of Jake Paul’ was uploaded at the peak of the pair’s popularity.

The track has amassed over 266 million views and over 3.8 million likes, three times the size of any other video on his channel.

Paul’s most-liked Instagram post has a bitter edge as it was taken just before the Suicide Forest incident. The photo of Paul and his friends dressed up as Pokemon was captioned “It’s 2018… Let’s grab life by the Pokeballs” and was taken during the trip to Japan, where his shocking video was made.

At the time of writing, the post has over 2.2 million likes and serves as a reminder of the events that took place.

Where can I find Logan Paul?

Best Warzone loadout after DMR nerf: 8 classes for all playstyles