YouTube king Felix ‘PewDiePie’ Kjellberg is taking even more shots at popular YouTuber Lilly Singh, after shading her performance in HBO’s Fahrenheit 451. Now, he’s comparing her to a viral meme from a Looney Tunes cartoon.

PewDiePie brought up Singh yet again in his ‘Meme Awards 2018’ video on December 31, where he compared the viral YouTuber and actress to the ‘Big Chungus’ meme of recent internet fame.

“I don’t think people fathom how big Big Chungus really is,” Pewds said of the meme. “Big Chungus has gotten so popular that they got a live action [movie] confirmed with it, and it’s played by Lilly Singh. Finally, a real actor, playing a really important role.”

Appearing in the 1941 Merrie Melodies ‘Wabbit Twouble’ episode, ‘Big Chungus’ is merely Bugs Bunny’s imitation of Elmer Fudd, which has since gained fame as a widespread meme – thanks to an anonymous 4chan user.

This isn’t the first time Pewds has thrown major shade toward Singh; in fact, he’s taken issue with the YouTuber on multiple occasions, shading her role in HBO’s ‘Fahrenheit 451’ and even going so far as to call her an “idiot and a crybaby,” for her stance on Forbe’s top 10 list of highest earning YouTubers. 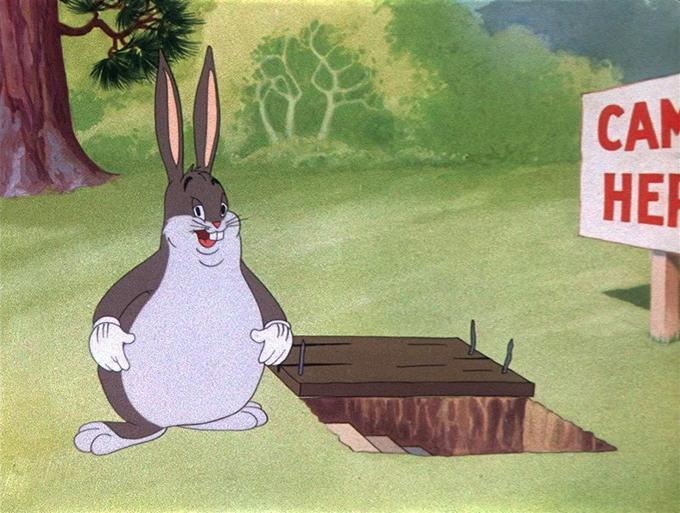 Pewds isn’t the only major YouTuber to take shots at Singh, either – Drama Alert’s Daniel ‘KEEMSTAR’ Keem called out Singh in a critical Tweet on December 27, calling the YouTuber “too plastic” due to her ‘12 Collabs of Christmas’ initiative, which saw her team up with the likes of television personality Dr. Phil, actor Terry Crews, and even John Cena, among other celebs.

While Singh has addressed PewDiePie’s comments via Twitter, it doesn’t look like the two YouTubers are making up any time soon.