YouTube king Felix ‘PewDiePie’ Kjellberg is taking shots at the video platform, after his remake of YouTube Rewind 2018 failed to make the trending page – regardless of its massive view count.

PewDiePie addressed the issue in an episode of ‘LWIAY’ on December 30, where he reacted to a fan’s Tweet asking YouTube why his Rewind rendition wasn’t trending.

“So, I don’t know why, but I go on the trending page and Ninja is at number one with seven million views in a day,” the fan explained. “But I can’t find PewDiePie, who got like nine million views in 11 hours.” 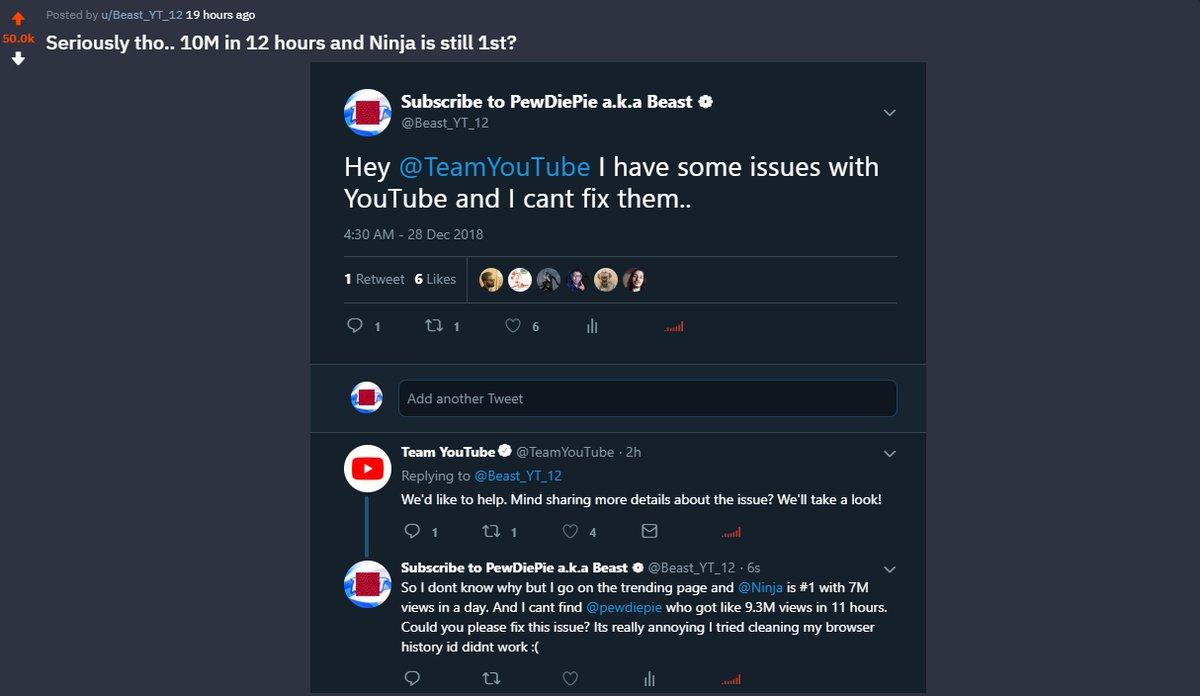 PewDiePie agreed with the fan’s concerns, befuddled as to why his video wasn’t trending despite its high view count.

“Why is the video not on trending?” he asked. “It’s my most successful video that I think I’ve done, at least this year.”

Pewds went on to criticize YouTube’s trending algorithm, speculating that rather than using views as a metric for popularity, the platform takes note of how many “outside viewers” a video receives, instead.

“This is such a massive video, and I had other videos trending for way less,” he continued. “I’m genuinely concerned that they actually decided to not put it on trending because it makes YouTube look bad.”

While PewDiePie’s theory has not been confirmed, it wouldn’t be the first time the YouTuber has had his projects suppressed; the second season of Pewds’ YouTube Originals show, ‘Scare PewDiePie,’ was shelved following an anti-Semitic joke he made in an alleged attempt to test the limits of freelance service Fiverr in February 2017.

PewDiePie’s YouTube Rewind video currently has over 25 million views as of December 30, and reportedly gained around 10 million views in 12 hours after being uploaded.