PewDiePie has had a long and arduous battle against the rival company for the title of Most Subscribed Channel, which saw him being overtaken if not for a brief moment.

Now after insane guest appearances and epic stunts by fellow YouTubers, PewDiePie has brought out a new weapon and is ready to give T-Series a serious lashing. 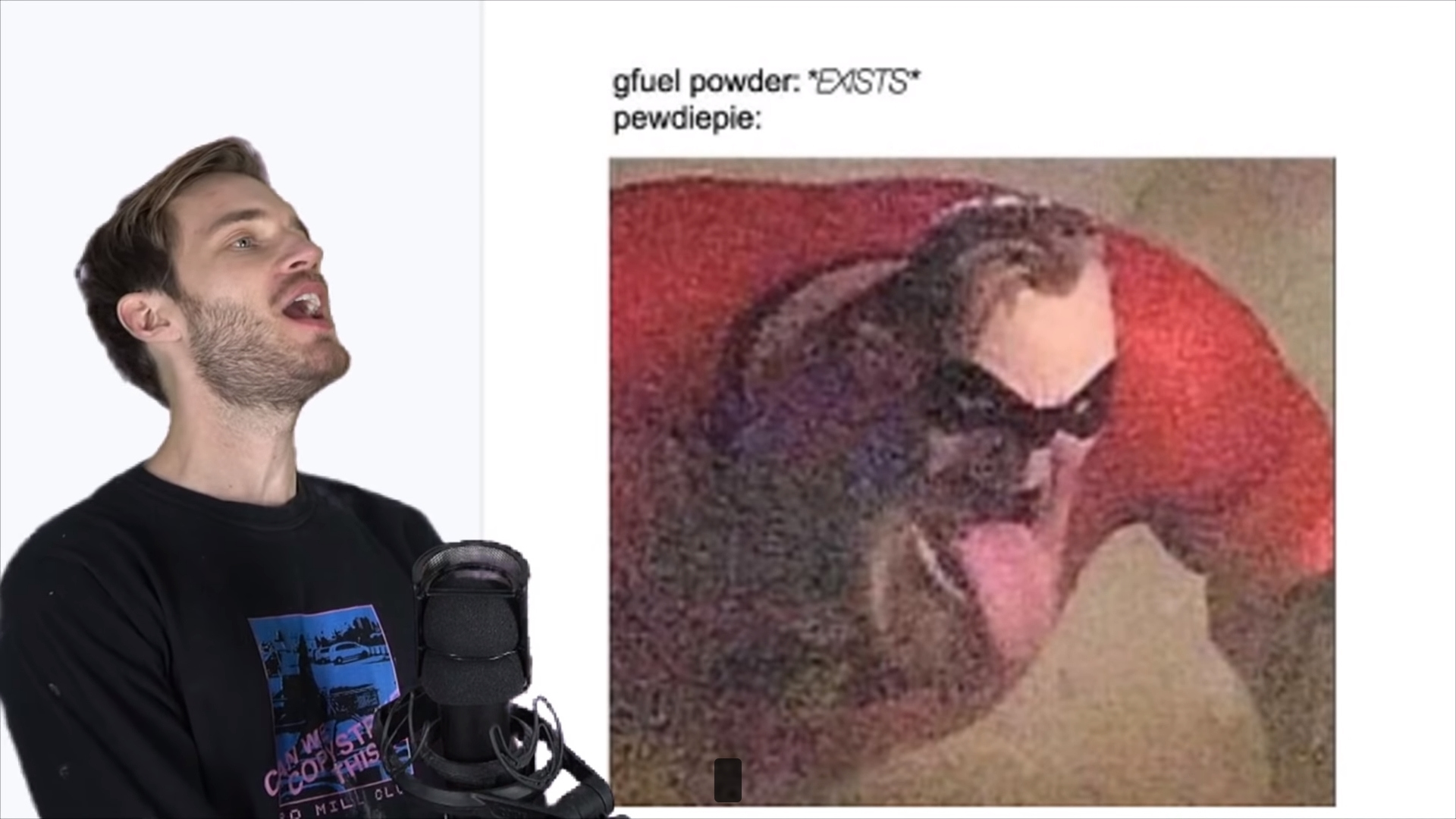 The ferocious meme was barely able to capture the real thing as PewDiePie revealed what his mouth was hiding.

His recent meme segment covered an image of Mr Incredible with his tongue hanging out, which prompted the King of YouTube to take out his in hilarious fashion.

“Gfuel Powder: exists, PewDiePie…,” he said. “This is my last and final weapon against T-Series. I didn’t want to reveal my power this early in the game: I have a really large tongue. Watch carefully T-Series.”

(Timestamp at 5:06 for mobile viewers)

Though his skit was a bit tongue-and-cheek, the meme was spot on as PewDiePie really does have a rather large tongue.

After the incredible reveal, he double-downed on his attack against the music company, who has been routinely threatening the Swedish content creator’s sub mark.

“Are you seeing this T-Series,” PewDiePie said. “That’s right T-Series, I think I proved my point here today. I expect you to run and never look back. Never come back. You’re banished from these lands T-Series.”

As the race to 100 million subs gets underway, PewDiePie will need all the tools he can get to stay above his competition since it draws ever closer by the day.