A Twitch channel, accused of using fake viewers to enhance his numbers, has finally been banned from the platform more than two months after its inception.

Be it a viewbot or an in-game aimbot, there are plenty of shady lengths that users will go to in a bid to have their channel boosted up above the rest. Not even extremely popular streamers like Michael ‘shroud’ Grzesiek and Turner ‘Tfue’ Tenney can hold off the bots.

However, it appears as if Twitch is beginning to crack down on the number of rogue users who attempt to gain some sort of success through these nefarious methods.

A number of botters, both in-game and out, have risen up through the popularity of Apex Legends.

The GunsAndGlitch channel was started up back at the end of February, streaming the then-new release Apex Legends to an increasing number of viewers each day. After just over a week, the channel had just shy of 10,000 viewers per broadcast and amassed over 3,000 followers.

However, as of April 29, the channel – which was even given a rebrand to Ooshky – has since been banned by Twitch and is no longer active on the livestreaming platform. 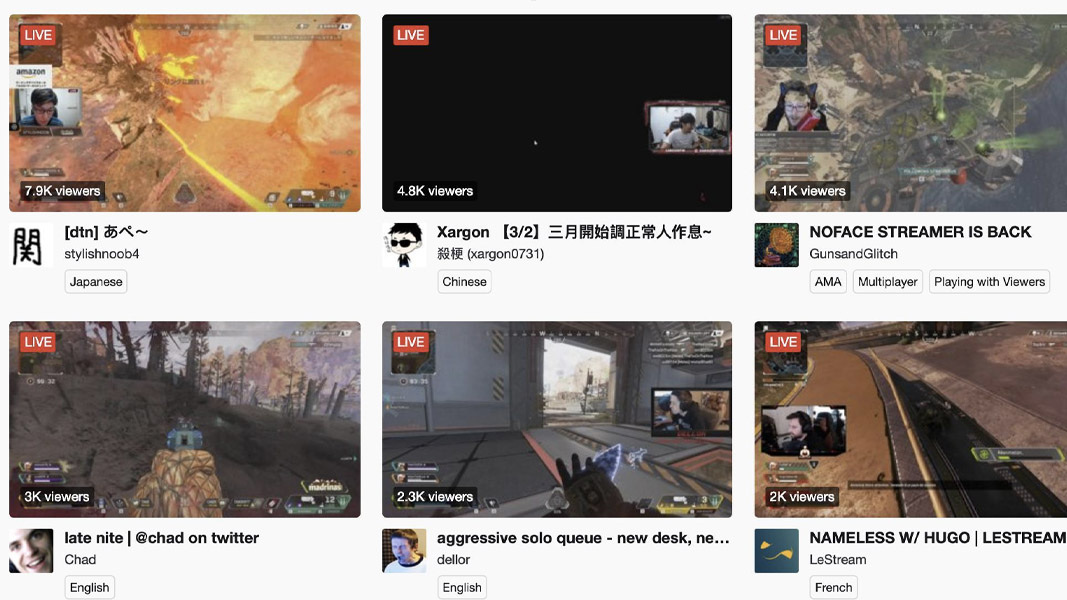 The streamer has surpassed popular channels like ‘Chad’ on his way to popularity.
[ad name=”article3″]

Users of both the Apex Legends and Livestream Fails subreddits had initially raised concerns about the channel at the beginning of March, pointing out how the numbers didn’t add up because there was a lack of messages in chat.

When pulled up on the numbers, GunsAndGlitch accused someone else of trolling and viewbotting his channel in a bid to get him banned from Twitch and stated that he was working with the livestreaming platform to rectify the issues.

A handful of members of the LivestreamFails subreddit uncovered an apparent link between GunsAndGlitch and a username – SnowmandRules – on multiple bot service websites that had jumped to his defense after being accused of viewbotting.

After calls for his channel to be banned continued, the streamer took to Twitter and responded to multiple tweets with a ‘Witch Hunt’ gif and the same line of: “We currently have open tickets with Twitch, but unsubstantiated claims are more fun!”

However, considering Twitch only bans users who have been accused of ‘viewbotting’ when they have proof, the claims are probably a little less unsubstantiated than GunsAndGlitch repeatedly claimed.