“No Jumper’s” Adam22 reacts to elaborate scam for fake interviews

Adam “Adam22” Grandmaison is an internet celebrity, known for his “No Jumper” podcast and interviews with top rappers in the music industry – but his podcast has become so famous that it’s attracting major scammers.

Having interviewed music industry giants like 6IX9INE and Aaron Carter to YouTubers like Tana Mongeau and FaZe Banks, Adam22’s podcast is an enviable platform – so much so that scam artists are willing to swindle victims out of thousands for a chance at appearing on the show.

Grandmaison revealed this fact in a Tweet on October 16, where he claimed that an unidentified young man had been convinced into buying plane tickets for a potential spot on the podcast. 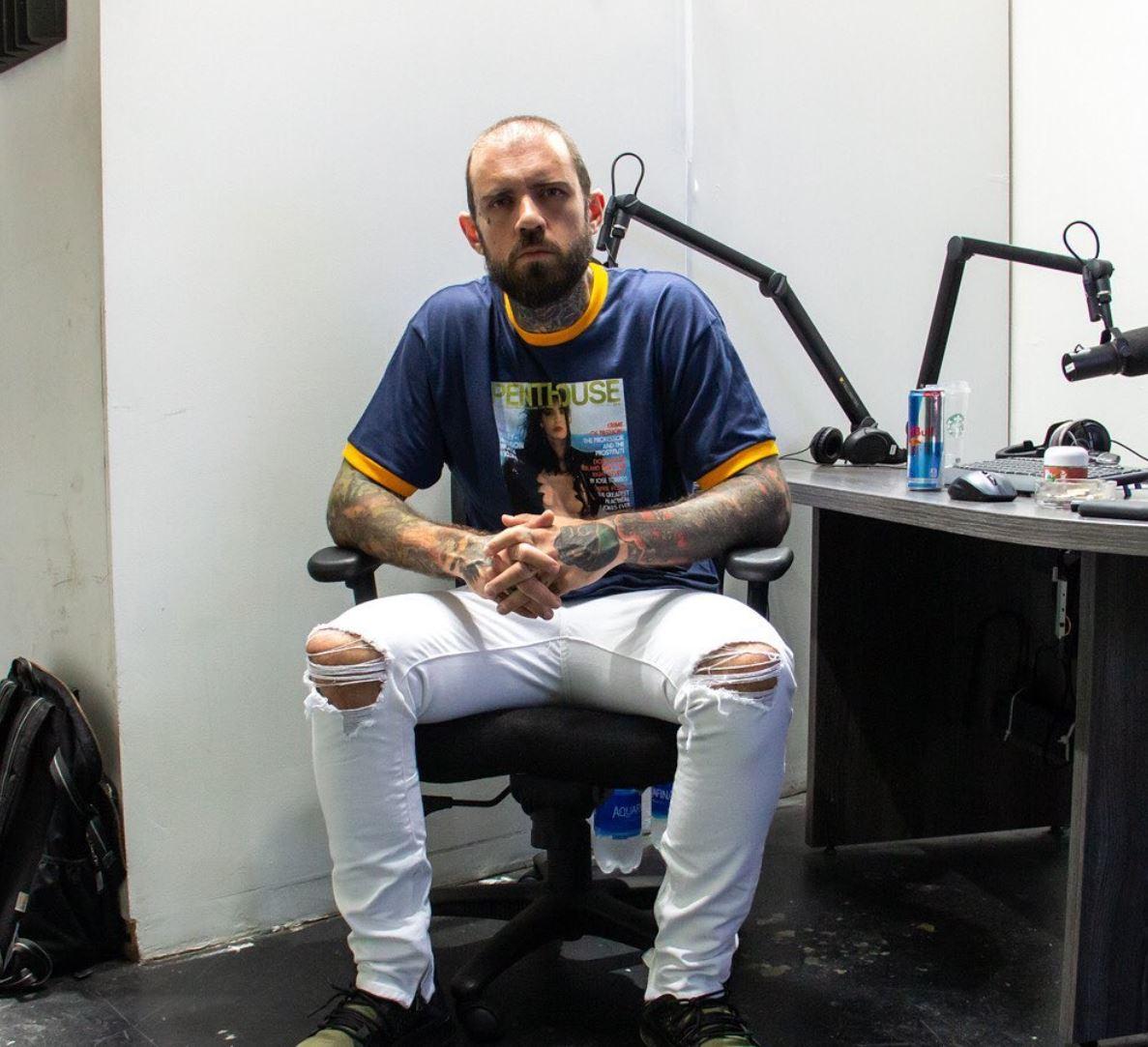 “The scammers have taken **** to a whole new level,” Adam wrote, posting a screenshot of an iMessage group. “They convinced this poor kid to fly out to LA for an interview.”

The screenshot in question shows Adam’s publicist claiming that a young man had confirmed an interview for the podcast and was flying out to Los Angeles, with another individual in the chat answering that “Tony has no idea what that’s about. He hasn’t scheduled anything.” 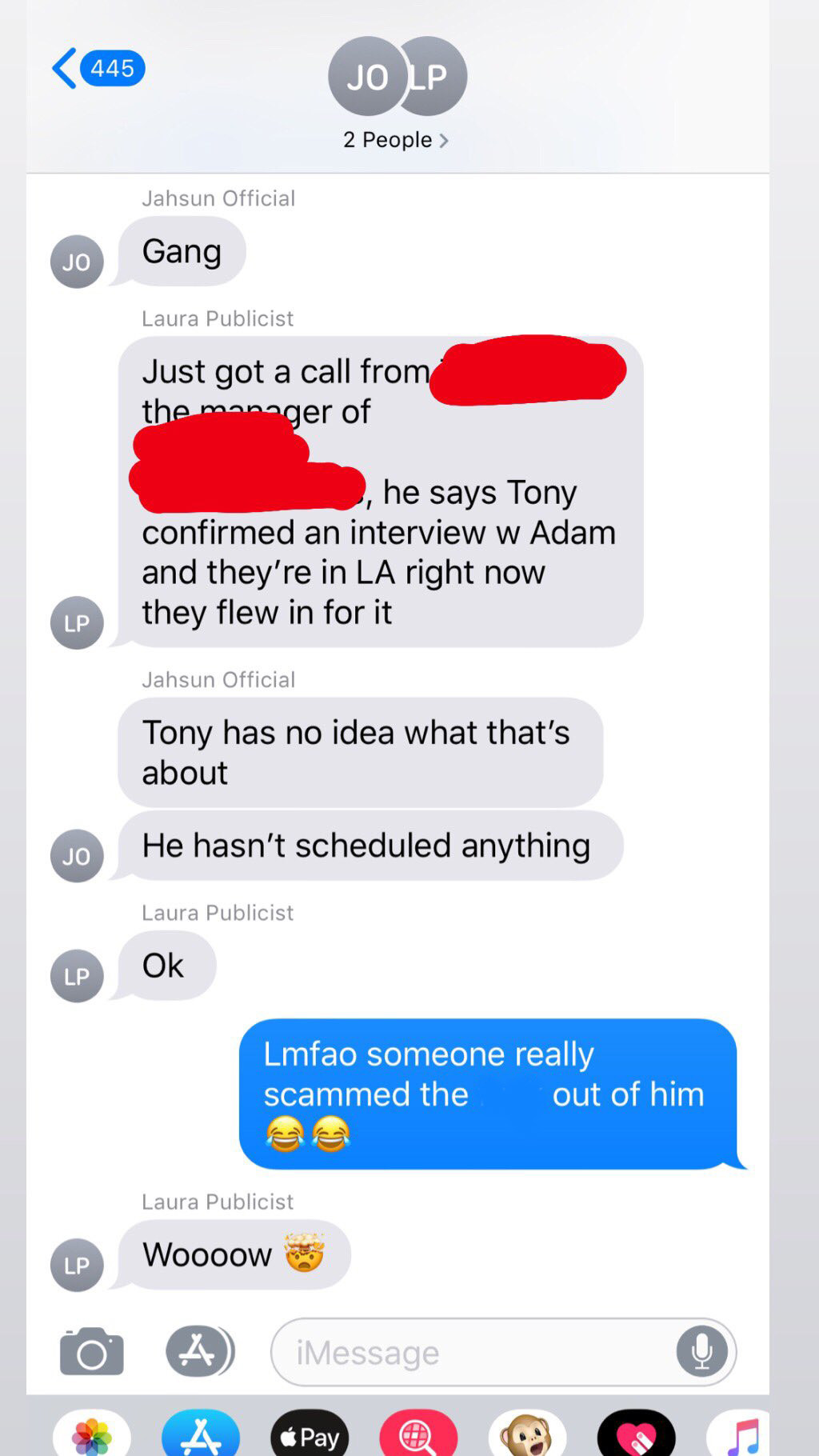 That’s not the end of the madness, either: Adam later revealed that the scam was “so much worse than it sounded at first,” claiming that the scammers had swindled their victim out of “thousands” with a “whole fake promo itinerary.”

Despite the youngster’s plight, Adam refuses to interview him, claiming that he doesn’t want to encourage other hopefuls to buy into future scams – no matter how elaborate they might be. 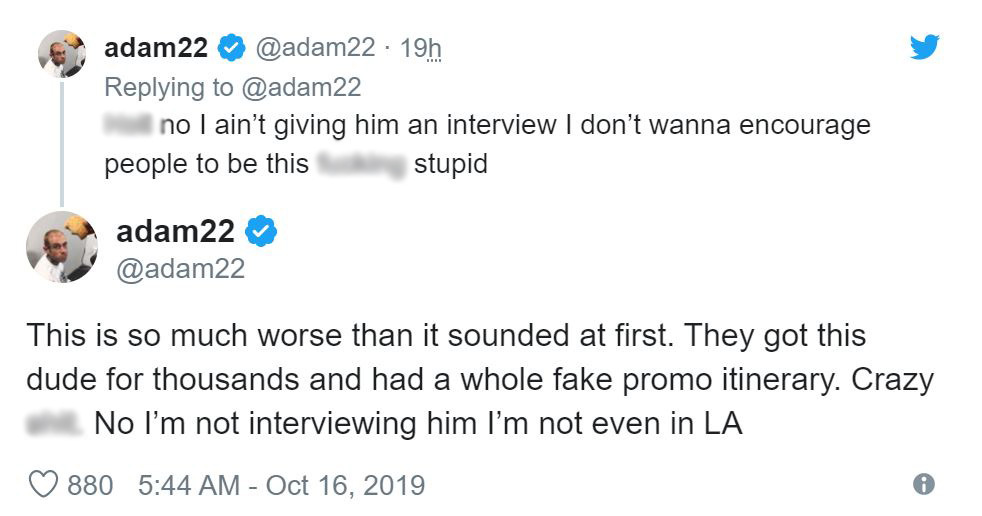 While Adam has yet to reveal exactly what these materials are for help in avoiding further scams, fans are hoping that he’ll at least give the victim a chance, with the kerfuffle likely making for an interesting interview topic.

give him an interview about getting scammed

With the internet star being a target for drama – see his altercation with Aaron Carter, an armed burglar breaking into his studio, and his cat thief – this scam marks just the latest in a slew of wild occurrences surrounding Grandmaison’s podcast success.