Ninja has awesome reaction to surprise visit from TimTheTatman

Popular Mixer streamer Tyler ‘Ninja’ Blevins had a wholesome reaction to being surprised by the presence of his friend and streaming collaborator Timothy ‘TimTheTatman’ Betar.

Ninja is arguably the biggest streamer in the world, particularly after making the unprecedented switch to Microsoft’s Mixer, which has since also boasted the addition of Michael ‘shroud’ Grzesiek.

TimTheTatman is known to be a good friend of Blevins, and has remained on Twitch even as some of its biggest creators have made the switch to Mixer. On November 8, he revealed that he would be spending the weekend in Chicago, the resident city of Ninja.

Wanted to surprise @Ninja but now I can let ya know that I’m in Chicago this weekend… going to be spending time with him and also seeing old friends that I haven’t seen in years! Excited to be back here!

He explained that he kept it quiet because he wanted to surprise Ninja, but is in Chicago to see old friends for a few days.

Betar later shared a wholesome video of Ninja reacting to finding out his friend had made the trip to visit him. Tim currently resides in upstate New York, a considerable way from his friend’s Chicago residence.

A video tweeted out by Tim shows the 29-year-old letting himself into Ninja’s stream room, with the ex-Halo player covering his eyes in excitement.

Ninja clearly can’t believe it, exclaiming: “What the fuck?! What just happened? What the heck?”

.@Ninja had no idea pic.twitter.com/uzhk1ufdlH

He goes over and hugs his good friend, before also hugging Alexis, Tim’s wife. The pair may regularly collaborate online but, given the distance between them and the fact that their relationship is based on video games, they don’t get to spend as much time together as they may like.

The video spread instantly on Twitter, with Fortnite streamer TSM Daequan describing the pair as “genuine friends, love to see it”. 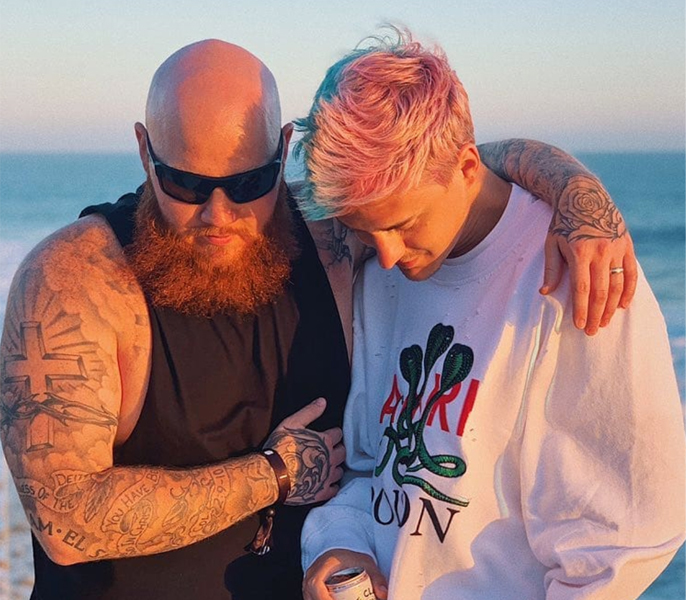 The pair have been friends for a long time now, bonding over Fortnite.

The pair’s friendship is clear and reflects the way video games can foster genuine real-life friendships.

We can expect to see more of Ninja and Tim together, both online and offline. While Blevins can now be found on Mixer alongside shroud, Betar can still be found at his long-time home on twitch, where he regularly broadcasts games to his audience of over 4 million followers.