Ninja gets a shoutout during the Nets vs Lakers NBA game

NBA commentators gave Tyler ‘Ninja’ Blevins a shoutout after spotting him and his wife Jess courtside during a game between the Brooklyn Nets and Los Angeles Lakers.

It would be hard for the commentary team to miss the popular streamer with his bright red hair right now, and former professional basketball player Richard Jefferson seems to think highly of Ninja and streamers alike.

“I’m a fan of anybody that gets to play video games for a living,” Jefferson said, “they are officially my hero.”

When asked about Fortnite, though, the former shooting guard said: “I was more of a Halo guy – I still am a Halo guy. Fortnite is not really my thing”.

The NBA game finished 115-110 with the Brooklyn Nets coming out victorious and the footage of Ninja’s callout was posted to Twitter by Rod Breslau. The esports consultant described it as a “legit” moment.

Got @Ninja @JGhosty courtside at the Lakers Nets game. NBA champion Richard Jefferson is a gamer and a fan. "I'm a big fan of anybody that gets to plays video games for a living, they are officially my hero. I'm more of a Halo guy, Fortnite isn't really my thing". Legit. pic.twitter.com/RUacOSALts 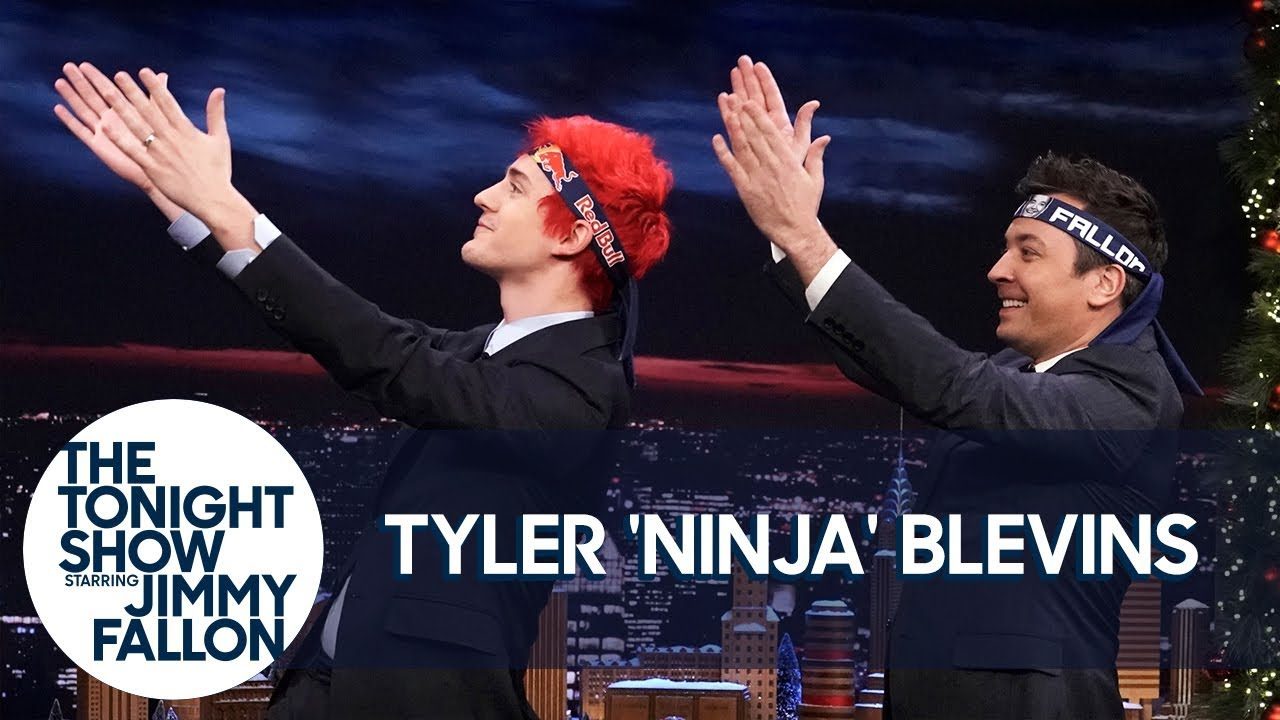 Ninja and Jimmy Fallon doing the Pon Pon Dance on The Tonight Show.

Ninja has also featured on The Tonight Show as he spoke with well-known talkshow host Jimmy Fallon, discussing not only his personal successes but the reasons behind the popularity of Fortnite as well.

“A lot of families usually have one console, and it’s [Fortnite] also on every single platform imaginable,” Ninja explained to Fallon. “Everyone can play with each other – Xbox, Playstation, PC – it doesn’t matter where you are. You can all play with your friends so it connects people around the world, it’s free to play and it’s super fun.”

As the biggest name on Twitch and potentially even the biggest gaming channel on YouTube, Ninja remains the most recognizable representative of gaming entertainment to the mainstream.