YouTube star and internet philanthropist Jimmy “Mr Beast” Donaldson wasn’t impressed by a New York Knicks fan’s prize for making an impressive half-court basket, and decided to pitch in himself.

Mr Beast is known across social media as the internet’s “Good Samaritan,” using his status as a top YouTuber and his own brand deals to gift funds to everyone from waitresses to Twitch streamers and even pizza delivery men.

However, the YouTuber took things to the next level via Twitter on January 11, after taking notice of a viral Tweet from Sports Center. 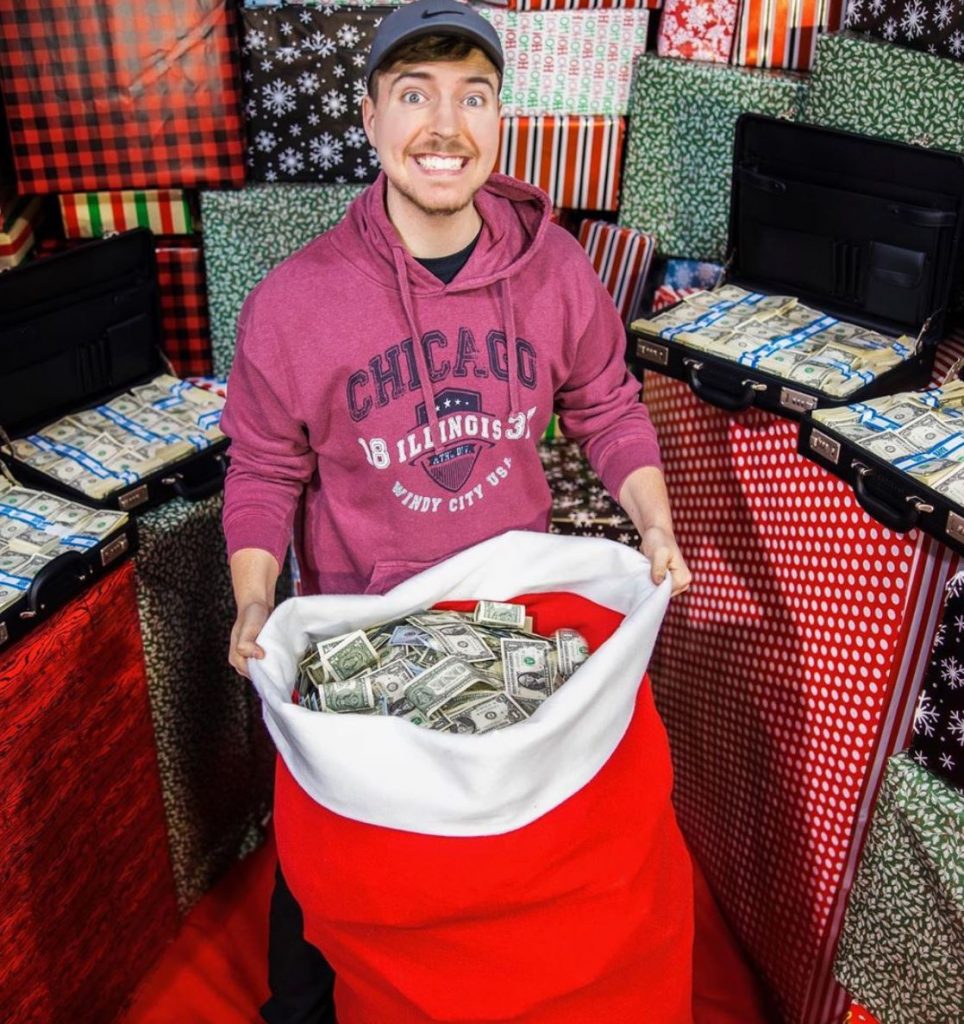 Thanks to YouTuber MrBeast’s generosity, one New York Knicks fan got a much better prize than what he originally won.

The Tweet included a video of a Knicks fan popping off after making a jaw-dropping half-court shot during a break in a game, with his prize being $1,000 in scratch-off tickets.

It doesn’t look like Mr Beast was too dazzled by the fan’s prize as he was his skills, though, as he went on to offer the man a whopping $10,000 for making the shot.

Amid the jokes from his own crew that they were, in fact, the fan, the actual man in question managed to see the Tweet and replied to Mr Beast — leading to a hilarious conversation between the two.

“What’s up stop playing!” the man, a photographer going by the handle “APTheAngel,” responded.

Mr Beast wasn’t going to throw out cash without proof, though, and asked the Knicks fan for evidence it was actually him before proceeding.

In response, APTheAngel sent the YouTuber a humorous video of himself, saying, “Here’s a video of me walking down the street. Do I look like the dude? I dunno, what kind of proof do you need?”

Luckily for the fan, it seems that he’s scored a major cash reward for his viral half-court victory — a much better prize in place of scratch-off tickets, although he has yet to confirm if he’s actually received Mr Beast’s $10k at the time of writing.