Popular Fortnite star have long had a touching friendship across Twitch, including moments like the Just Chatting streamer ‘raiding’ EwOk’s channel to make sure she got over the 100,000 follower mark last May.

On his September 18 broadcast, which coincided with the FaZe player’s 14th birthday, Mizkif ‘sang’ the Happy Birthday song in sign language, following along with on-screen prompts to make sure he got it as right as possible.

“Happy birthday Ewok. I’m so proud of you,” he tweeted out, and shared the song clip.

In the clip, Mizkif was clearly trying to keep up with the voice-guiding tutorial, but gave it his best shot for EwOk. He slipped in a few places, maybe forgetting the exact signs, but he finished with a smile and a flourish.

The young Fortnite star may have just turned 14 years old, but she’s already hit a massive number of milestones in her short career.

Her channel first exploded after a spur of the moment host from Twitch superstar Timothy ‘TimTheTatman’ Betar, firing her channel from less than 1000 followers to over 10,000.

Soon after she hit a number of personal goals, including playing Fortnite alongside massive names like Tyler ‘Ninja’ Blevins and Turner ‘Tfue‘ Tenney, and putting pen to paper with FaZe Clan as the first female to join the long-standing organization. 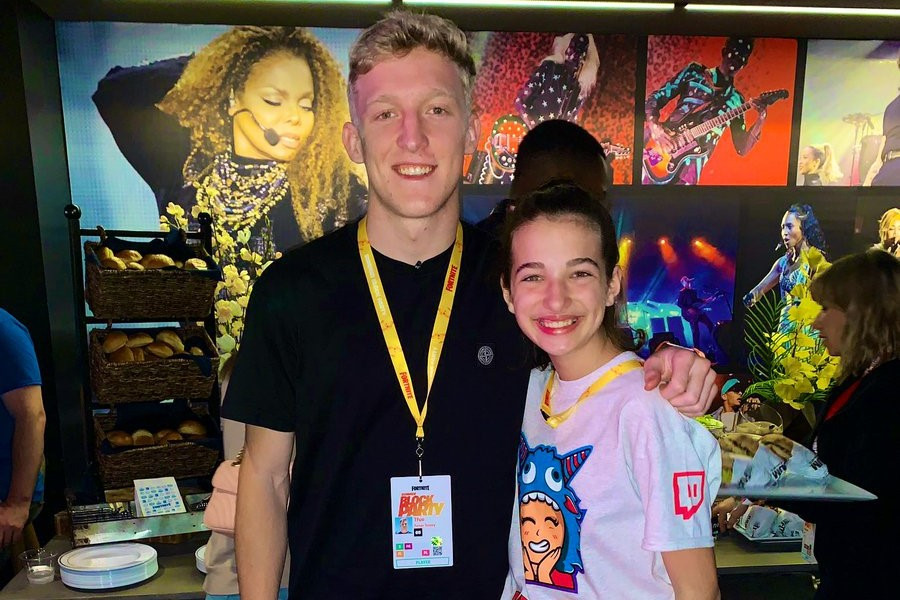 EwOk has played alongside superstar streamers like Tfue in the past few months.
[ad name=”article4″]

The young star’s rise has been nothing short of amazing, and it’s not stopping yet. As of this article’s release, the 14-year-old boasts nearly 275,000 followers, just seven months after that first fateful host.

“Can’t believe today is the last day of being 13. It’s been the best year of my life. Thank you all for your support,” she tweeted out ahead of her birthday celebrations, which included a Fortnite Party Hub and a host of well-wishes from other stars like Myth and DrLupo.

Its been the best year of my life. Thank you all for your support. :love_you_gesture:

Considering everything that has happened in just over half a year, there’s no telling where EwOk will go next. One thing’s for sure though – the birthday girl is sure to continue doing great things as she continues to grow into a streaming superstar.