Writer and Director Michael Goi has issued several warnings to TikTok users after his horror film Megan is Missing started going viral on the platform, letting users know the last point in the movie they can turn back before things get truly horrifying.

There’s nothing TikTok loves more than an inside reference, and it doesn’t take long for posts, items, or films to pick up traction on the app. As more people make vague references to something crazy, more and more people get curious to find out for themselves what all the fuss is about.

Sometimes it can be as harmless as the ‘I ain’t never seen two pretty best friends’ video that spiralled into a meme reaching every corner of the internet, not just TikTok, seemingly inexplicably. 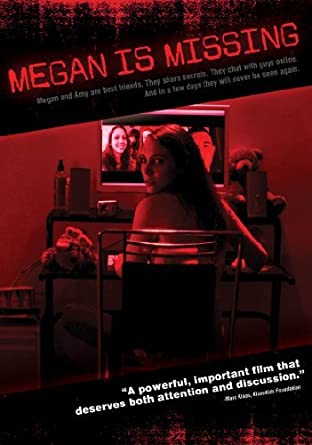 But sometimes users will find crazy, and often downright disturbing cultural phenomena on their internet travels, and want to share the experience with their TikTok followers. One such phenomena is the psychological horror found-footage movie Megan is Missing.

Several users have gone viral with their videos about the film, getting likes in the hundreds of thousands as they share their story about the disturbing film. “If you are thinking of watching Megan is Missing, please don’t,” user lilnutmegg wrote. “I love horror/thriller/murder mysteries and I can watch them very easily, but this one I will never ever forget. I couldn’t even finish it.”

@lilnutmeggjust take my word for it please. & if you want to know more about it before watching pls ask me ##meganismissing ##fyp ##BeKind ##OnHold ##foryoupage♬ original sound – AntiNightcore

User bella.clare got over 370,000 likes for her video where she showed clips of herself before watching and during the movie, her facial expressions getting progressively more disturbed.

@bella.clareplease watch this film at your own risk. It is something i will never watch again . i am forever traumatized. ##meganismissing ##OnHold ##BeKind ##fyp♬ original sound – AntiNightcore

In fact, people were becoming so upset by the movie, that writer Michael Goi needed to hop online to issue a warning before people watched the 2011 found-footage film.

“I got a text from Amber Perkins, the lead actress in my movie, that it was exploding on TikTok at the moment, and I didn’t get to give youtube customary warnings that I used to give people before they watched Megan is Missing.”

The film is available to rent on YouTube, Google Play, and iTunes, and while Michael’s warning may have deterred some from checking it out, there’s no doubt it will have spurred others on even more.