YouTube star Mark ‘Markiplier’ Fischbach has hit out at the video platform after claiming that a number of fans were banned for participating in his stream’s chat.

One of the biggest parts, for a lot of viewers of livestreams, is participating and interacting in one way or another. Be it helpful tips about completing a level in a game or joining in with some chat ‘spam’, the majority of viewers will play their part.

However, the latter seems to have become a problem on YouTube, with Markiplier claiming that after a recent livestream, a number of his long-time supporters have completely lost their Google account by trying to participate in the chat. 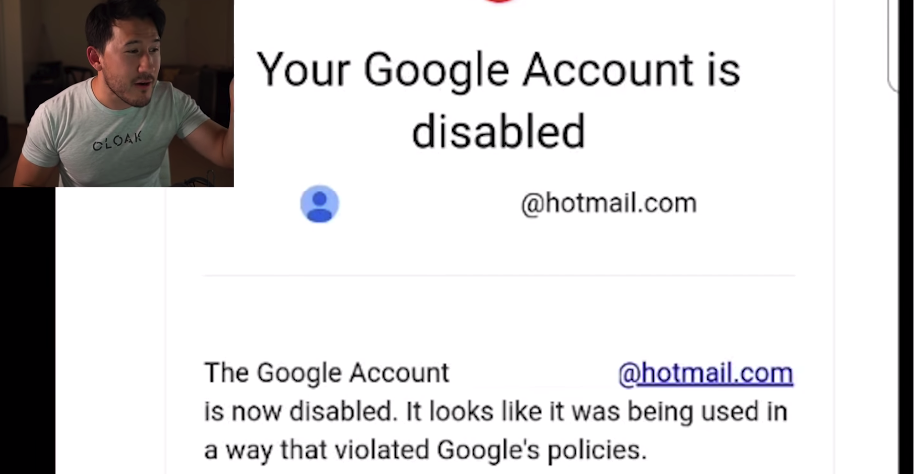 Markipiler fans have been banned for trying to talk in his chat.
[ad name=”article2″]

The popular content creator, who has over 25.5 million subscribers on the platform, revealed the problem in his ‘YouTube has a huge problem…’ upload from November 8.

During the video, Markiplier explained that during a stream on November 6, he was asking his viewers to spam either a red emote or green emote to help him on his way in a game when, a few moments later, a select number of viewers were struck down for doing so.

The YouTuber noted that neither he or his moderators didn’t realize that it was becoming an issue until around an hour and a half later, which he claimed was “way too long” to be a problem and that he didn’t know how many people had been affected.

Obviously, fans didn’t stand idly by and appealed their suspensions, which have to go through YouTube’s review process – however, not many revealed an unban.

When some took to Twitter to quiz the support account there, they were informed that nothing could be done. ”I tell you, nothing pisses me off more than that – not a thing,” said Markipiler on the tweets. “If they are lying saying that appeals are very carefully reviewed then they are just absolutely out of their mind lying.”

The YouTuber even stated that he had only recently sung the platform’s praises and that making a video criticizing them may land him in hot water, but he also couldn’t stand by any further.

As Markiplier noted himself, a lot of YouTube’s processes are automated because they don’t have the manpower to deal with everything, so it very much remains to be seen if they are able to, and do, make a change.