Popular YouTuber Mark ‘Markiplier’ Fischbach has revealed how he managed to keep his YouTube career a secret from his mom, even while living inside the same house as her.

Markiplier is one of YouTube’s biggest stars with over 24 million subscribers, and recently launched his own interactive series called ‘A Heist with Markiplier,’ where the decisions made by the audience dictates what happens in the story.

The American regularly draws in millions of views on every video and is a fixture on the trending page of YouTube thanks to his loyal fanbase who tune in to every upload.

While he’s now one of the top names on the platform, it wasn’t always so straight forward for the 30-year-old, who revealed how he was forced to hide his fledgling career from his mother while living with her during an interview on NBC’s Late Night, with Seth Myers. 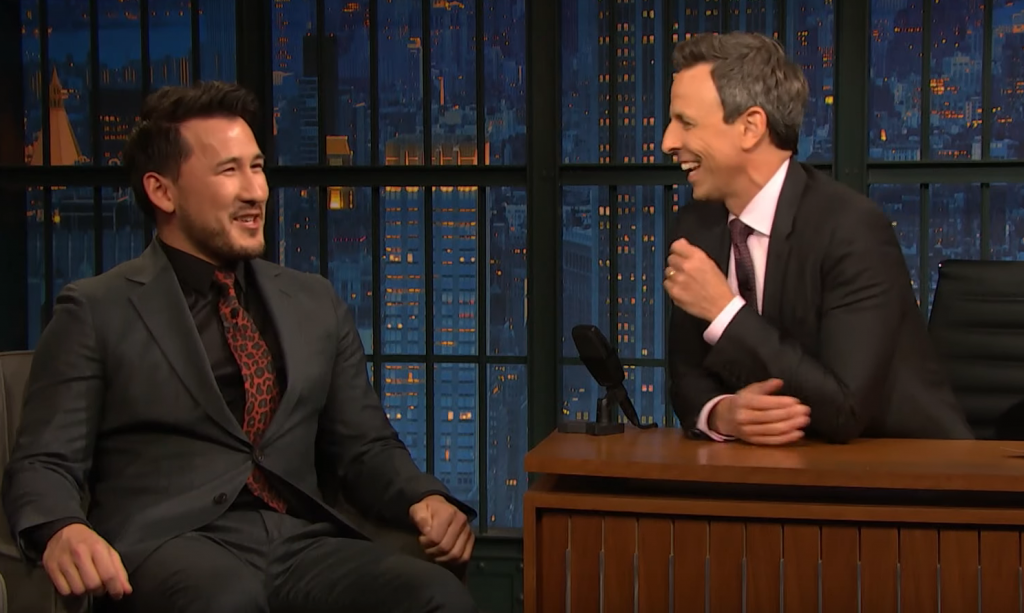 Markiplier explained how he lied to his mom when he started YouTube.

The YouTuber explained that he turned to the site at a “very dark time in [his] life,” while working an internship in which he was laid off, finding himself in a bad relationship, and discovering he had a tumor.

After discovering content creation, Markiplier decided to pursue it, although his mother wasn’t the biggest fan of the idea, with the Hawaiian explaining: “My mom hated it. My mom hated it so much. My mom is Korean, she really likes the idea of me being in school.”

“So for the longest time, I was lying to her. Not a good move. It was even worse, because I was living with her at the same time. I had to somehow leave the house for about four hours at a time, go to a Starbucks, and just sit around and wait.”

Clip begins at 1:16 for mobile users.

To make matters worse, the 30-year-old revealed that he had yet to share the story in person with his mother, revealing it for the first time on Myers’ show, with the host joking that he would love to tell him that they could cut it, but they weren’t going to.

All’s well that ends well for Markiplier though, who has now firmly cemented himself at the pinnacle of YouTube, an incredible accomplishment despite his career’s secretive start.