IRL streamer ‘jaystreazy’ broadcasted his meet and greet with Twitch star Dr Disrespect at TwitchCon 2019, when an angry man raged out and accused him of cutting the line.

TwitchCon 2019 is underway in San Diego, California and is running from September 27-29. The event sees all of the top streaming personalities from around the world coming together to celebrate their medium.

Jaystreazy was lined up to see Twitch star Dr Disrespect who was having a meet and greet at the convention, but afterwards, the experience quickly soured when a man threw a tantrum and accused him of jumping the line. 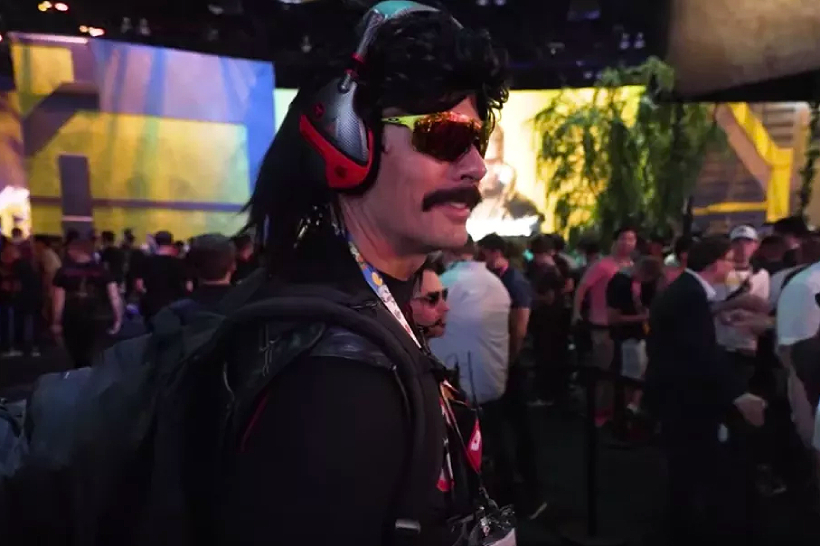 The Two-Time often does meet and greets with his fans at conventions like TwitchCon.
[ad name=”article2″]

The IRL streamer had been waiting for Doc’s meet and greet and was third in line when the two people in front of him graciously let him meet the Two-Time first, since he was streaming the moment.

“It’s so nice to meet you!” he told his idol as he approached him. Dr Disrespect looked genuinely happy and said “Thank you for waiting, I appreciate that! First one in line as well, huh?”

“I love being a part of the arena, and think you are the most unique streamer on Twitch!” Jaystreazy told Doc, which left the Two-Time with a huge smile on his face.

After Jaystreazy got to take a selfie with Dr Disrespect, the meet and greet became even more wholesome after Doc’s daughter was shown handing out t-shirts to fans that had lined up to meet her father.

The streamer seemingly can’t escape awkward moments at TwitchCon though because after meeting one of his favorite entertainers, he was confronted by another person in line.

As the IRL streamer was walking out of the event, a man still in line called out to him “You skipped the line man!” and Jaystreazy, not fully hearing him, turned to see what the stranger was saying to him.

The man then accused him further of cutting in front of others. “I was here at 6am, bro!” he replied defensively, but the fuming stranger was not having it and shot back “I don’t give a shit!”

Jay tried to defuse the situation and said “Chill out, bro! I have been here for so much longer than you!” but the angry man didn’t seem to care. “Yeah sure, you were skipping the line!”

On the plus side, he got a picture with the Two-Time himself Dr Disrespect, and that is priceless – regardless of who shouts at you afterwards.