Logan Paul vs KSI Was Really an Episode of iCarly

YouTubers Logan Paul and KSI fought in a celebrity boxing match and the internet could not help but see parallels to a children’s show from ten years ago.

The events of Logan and KSI were eerily similar to an episode of iCarly.

‘iFight Shelby Marx’ was a two-episode special and the Season 2 finale of iCarly.

The plot involved the star of the show, web video creator Carly, agreeing to fight Marx to help Carly’s internet show get more viewers. Twitter users were quick to spot the similarities to today. 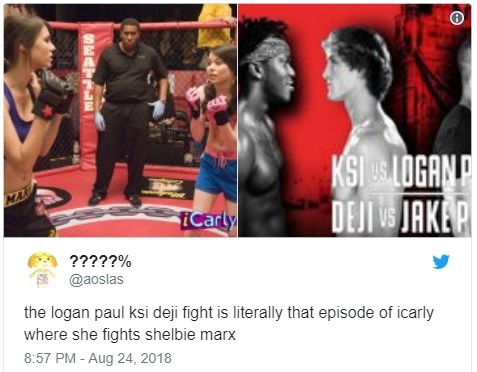 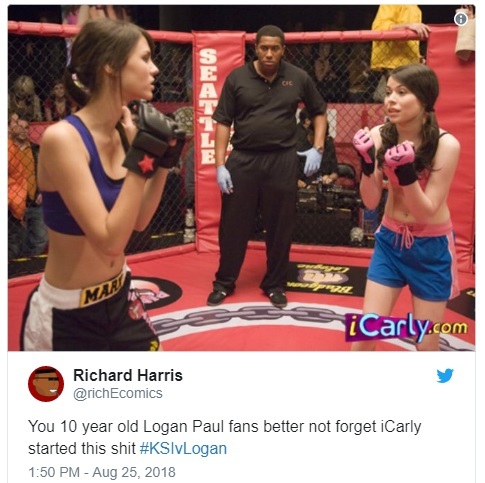 The fictional Carly and Marx fight did not end with a winner, much like Logan and KSI ending in a draw.

If KSI and Logan were only looking for publicity, they did alright as an estimated 2 million viewers tuned in to the fight. However, the majority of viewers watched on illegal streams.

A rematch is scheduled for 2019, so the pair may not become friends like Carly and Marx did at the end of their fight.

iCarly was a popular young adult show that ran for five seasons and focused on a middle school student who had her own streaming channel.

The first episode aired in 2007, four years before the founding of popular internet streaming platform Twitch.