Popular YouTuber Logan Paul is no stranger to controversy, following claims of staging his viral slap video in late May – but now, he’s under fire for faking a different video, entirely.

Logan uploaded a joint video with his little brother Jake Paul on June 22, where the two teamed up with a “bounty hunter” to take down various “criminals” for their audience.

However, Paul claimed that the “bounty hunter” he was working with went by the name “Patty Mayo” – a popular YouTuber and police impersonator for hire, who was reported to have been involved with one of Paul’s previous videos.

Despite Paul naming Mayo an “experienced bail enforcement agent,” many fans raised their proverbial eyebrows in skepticism, noting that Mayo’s “bounty hunting” escapades are all faked.

“I feel bad for anyone who believes Patty is actually law enforcement,” one commenter said of the video.

“Can you clean the ketchup on his face?” another wrote. “It might stain.”

I think the only violent criminal in that video is you. pic.twitter.com/r0Kw4Q2DWs

Can you clean the ketchup on his face it might stain pic.twitter.com/IdKiXoPs8w

The Oregon Sheriff’s Office even put out a statement in January claiming that Patty Mayo was not involved with their operations, whatsoever, explaining that everyone involved in his videos were paid actors and actresses. 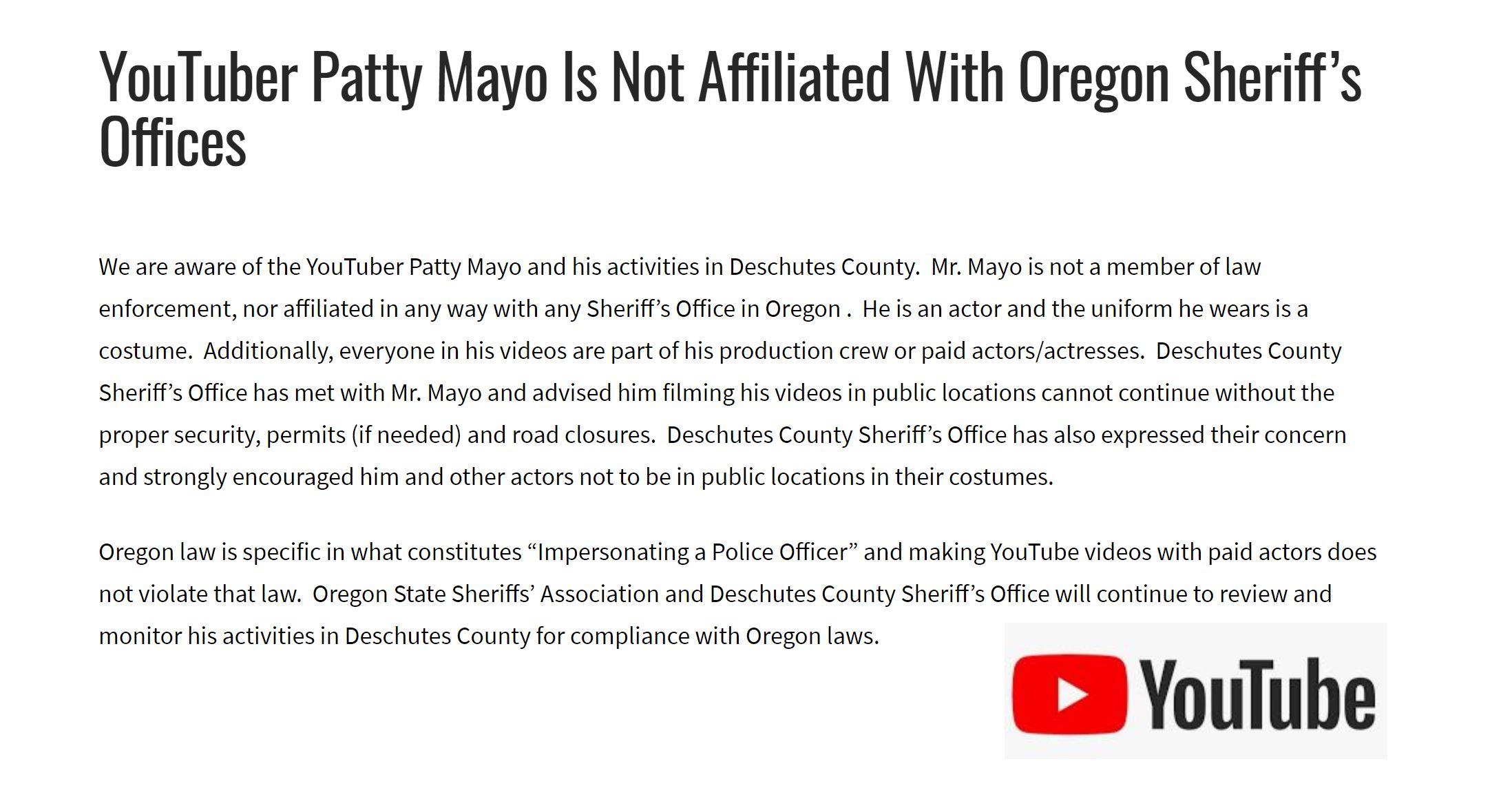 This wouldn’t be the first video Patty Mayo has made in collaboration with Paul, either; the actor was reported to be involved in an alleged break-in by “Flat-Earthers” in April 1, following the release of Paul’s Flat Earth “mockumentary.”

Despite some critics taking issue with the “bounty hunting” video, Paul’s fanbase appeared to be relatively happy with the upload, despite it being obviously staged – but that’s not the only video he has been accused of “faking,” by far.

The YouTuber is likewise under fire for allegedly staging his viral slap video from late May, where he appeared to knock an opponent out cold with a single slap in preparation for the Battle on the Volga.

While internet critics were quick to derail Paul’s video, trolls weren’t the only ones taking shots at the YouTuber – the slapee, professional slapper ‘Slap for Cash,’ later came out with claims that he’d been hired to help Paul get out of his impending slap battle, and even challenged him to a bout in the boxing ring.

Let’s do this foreal see what happens best thing u can do @loganpaul is not reply and keep making staged boxing videos :joyful::joyful:u don’t want no smoke We all know what would happen if u stepped in that ring :boxing_glove: :boxing_glove: my recent interview with the notorious @realkennyko is up check that out as well

Although Paul appeared to be up for the challenge, his next fight will take place in November 2019, against rival KSI – although no official date nor venue for the fight have yet been announced.