Logan Paul had nothing but questions after he learned that David Dobrik and Corinna Kopf were sitting on the set of his podcast during a party he was hosting.

Before Corinna Kopf began dating Fortnite Battle Royale pro Turner ‘Tfue‘ Tenney, she had a short fling with controversial Logan Paul – something that was confirmed after the two were seen at an NBA game.

Although Paul and Kopf have broken up, the two have remained linked and the latest story in the saga reveals she went into his house with David Dobrik, possibly with an agenda. 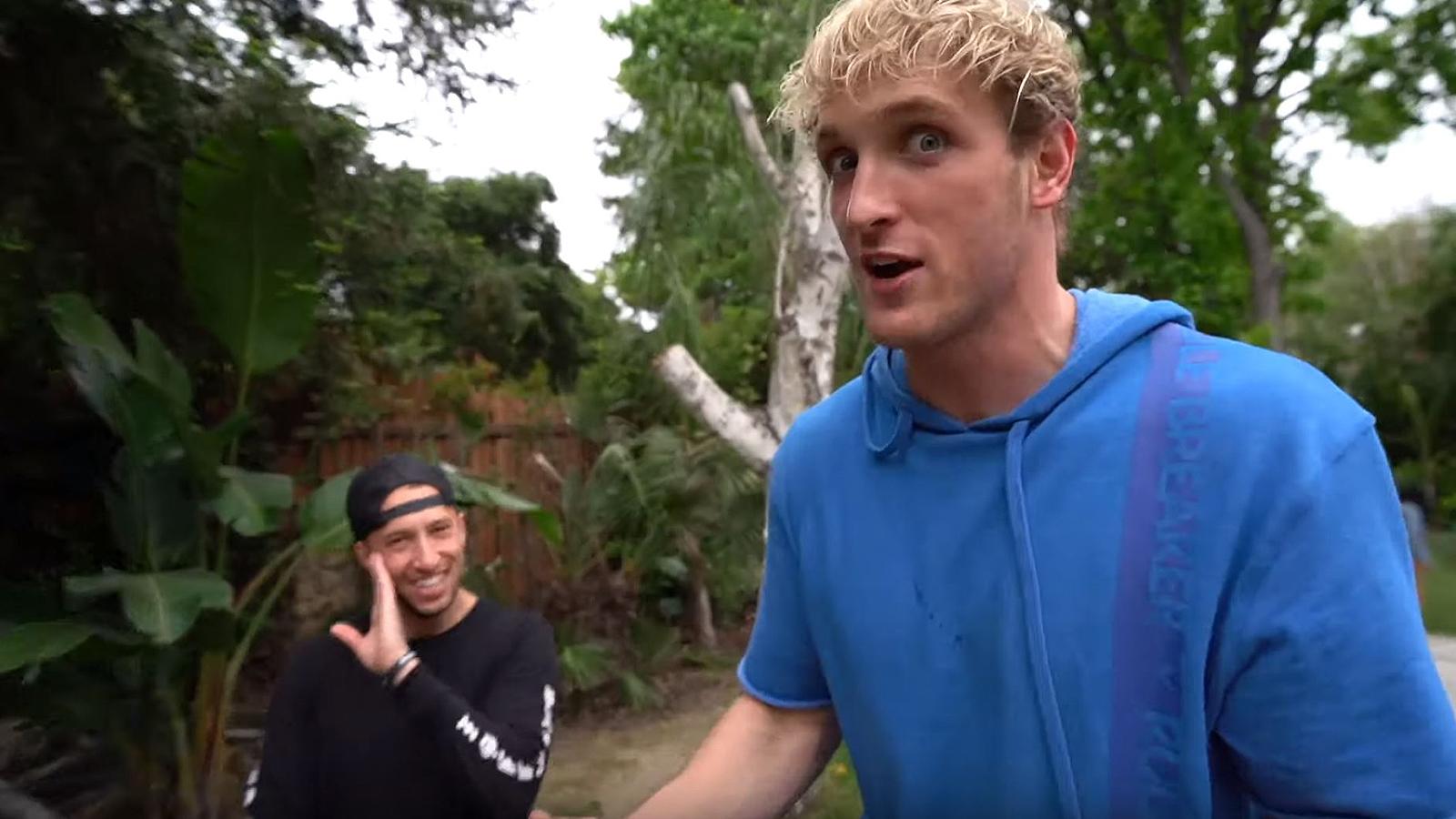 Logan Paul is one of the most controversial YouTubers out there.[ad name=”article2″]

Logan Paul had a party over the weekend of June 7-9, and Kopf showed up and supposedly had a discussion with FaZe Banks. The two were said to have a tame conversation, which is surprising given what’s currently unfolding between Tfue and him.

During the party, Paul was informed that Kopf and Dobrik were just sitting on the set of his podcast.

“Andre told me that before we started rolling, he said ‘Hey Logan, I just want you to know I walked her in during the party yesterday into the garage, this room by the way is off limits, and David Dobrik and Corinna were sitting on set.”

However, that’s not even the biggest concern on Paul’s mind, as he is worried about what Kopf and Dobrik were doing inside his house on the set of the podcast.

“I’m just nervous, dude,” Paul said. “I feel like I’m gonna be the butt of a vlog joke. I don’t want that smoke dude.”

(Paul begins discussing Kopf around the 7:53 mark into the podcast)

What was Corinna doing?

Logan Paul’s podcast didn’t shed enough light on the matter to get a good idea of what Corinna was doing on set, as Paul kept being interrupted.

Outside of a few comments about her being there, he didn’t share a whole lot else. We’ll just have to keep an eye on what she and Dobrik are releasing over the next several days.