Logan Paul explains why he barely made weight for KSI rematch

Internet stars KSI and Logan Paul met for the final time before their November 9 rematch at the pre-fight weigh-in – but one of the two YouTube sensations barely managed to make weight.

As boxing fans know, cutting weight is one of the most brutal elements of the sport, with fighters often undergoing strict diets and even dehydrating themselves to fit within a lower weight class to score a potential size advantage over their opponent.

Of the many weight classes within professional boxing, YouTubers KSI and Logan Paul are classified as Cruiserweights – a class that is currently capped at 200 pounds.

While KSI weighed in at 193.2 pounds, Logan Paul stood at 199.4 pounds, which he acknowledged during a subsequent interview following his post-weigh-in banter with his rival.

Noting that both fighters have put on significant muscle, DAZN’s hostess asked Paul about the difficulties of remaining agile after packing on the pounds – but Paul didn’t seem bothered by the issue.

“I perform the best at my natural weight,” Paul answered. “I walk around like 205 and I weighed in at 199. Just sheer athletic power. Last year, I was cutting a little too much weight.”

While not insane, a .5 pound difference is certainly cutting it close. If Paul hadn’t managed to shave off that half pound, KSI may have gotten the opportunity to snag a percentage of the Maverick mogul’s payout in a “Catchweight” agreement – that is, if Paul couldn’t hypothetically shave off the weight after being given extra time.

At a professional level, it’s normal for fighters to weigh in within a pound or on the limit itself – but the fact KSI is 7 pounds under suggests that it isn’t his natural weight class. 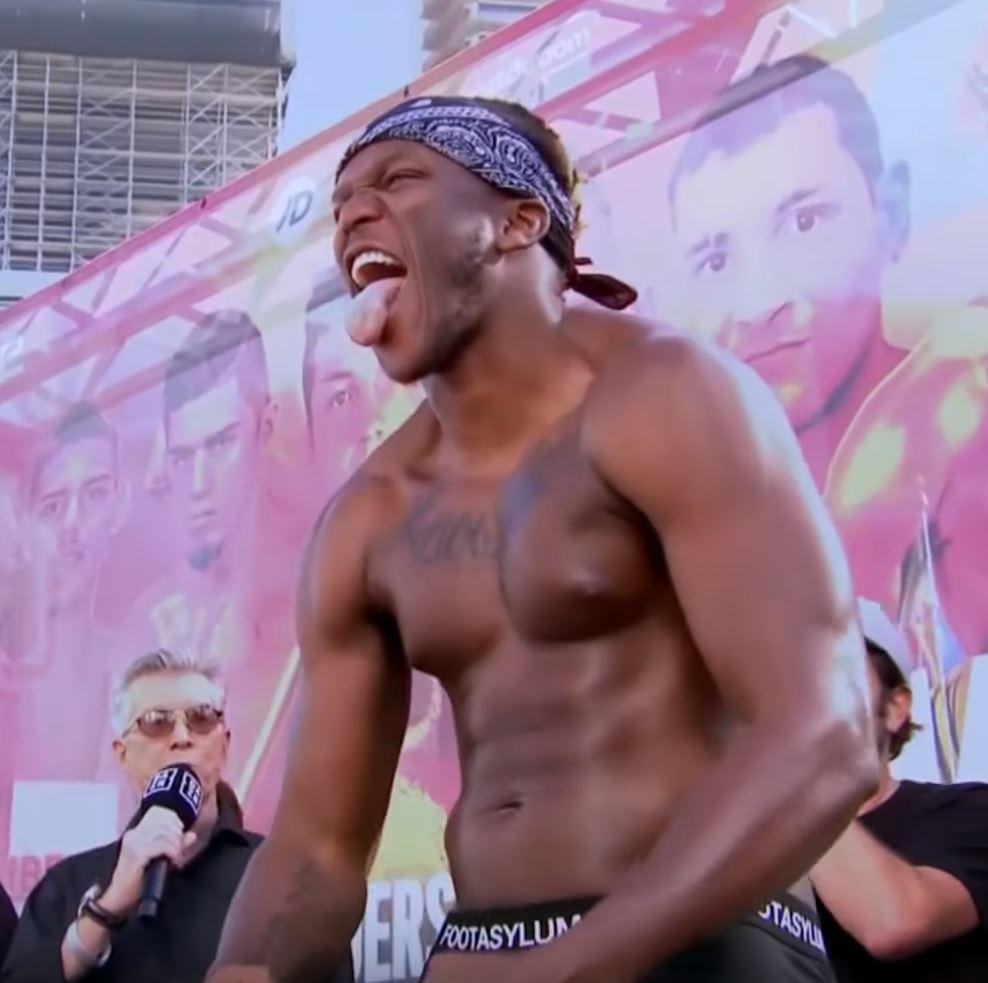 KSI weighed in seven pounds under the Cruiserweight limit, suggesting that it isn’t his natural weight class.
600https://www.youtube.com/watch?v=6QlH7ZXXpR8[ad name=”article4″]

As it happens, both boxers have successfully made weight, and are set to face off in just one day to settle their long-running beef once and for all.

With the rematch undercard featuring such pros as Billy Joe Saunders (defending his title for the very first time in America) and young boxing sensation Devin Heney (just 20 years old), it’s not just the YouTube grudge viewers are excited for – and with mere hours ahead of the main event, tensions are higher than ever for one of the net’s biggest bouts to date.