Felix PewDiePie Kjellberg enjoyed a long and dominant reign as YouTube’s king of content, but these days he often finds himself chasing T-Series in the subscriber battle.

The Swede has pulled out all of the stops in his attempts to keep hold of his crown, including guest appearances from Tesla CEO Elon Musk and Jimmy ‘MrBeast’ Donaldson in his Meme Review videos, as well as a to one of the games that put him on the map, Minecraft – all efforts to fend off the Indian production company.

Competition between the two accounts has been fierce and entertaining, that’s for sure. Pewds even released a ‘bitch lasagna’ diss track to roast T-Series in October of 2018 as the race began to heat up.

PewDiePie will be hoping his ever-growing fanbase can keep him in the contest.

However, while he was talking from the top of the YouTube mountain at that stage, things have tilted somewhat in his rival’s favor in 2019.

The subscriber counts are changing all of the time, with with T-Series and PewDiePie enjoying stints at the top. At one point, T-Series took a lead of 30,000 over the Swede, but somehow he produced a miraculous turnaround to reclaim the throne.

Below, you can watch the subscriber counts live and uninterrupted as the two behemoths of YouTube do battle. T-Series seems to be pulling away, with a lead of over 40,000 subscribers as of March 28.

PewDiePie vs. T-Series: The Milestones

The numbers are ever-changing and the shifts vary from large to small, but it’s PewDiePie who dominates the major milestones in the battle at the very top of YouTube.

To show just how quickly things are moving in the race, the content creator was the first to 70 million subscribers in November 2018, and by February of 2019, he’d reached over 87 million with a lead of 115,000 subs.

PewDiePie bettered that number with 88 million, but that didn’t come without a battle – as T-Series took a 30,000 subscriber lead during the time, as mentioned earlier.

Despite eclipsing 91 million subs and achieving so many milestones, though, PewDiePie’s fans are still having to eagerly monitor the gap between the two – which is a credit to T-Series’ constant growth.

Live sub counts have uncovered some astonishing leads, as well as turnarounds so far, and that’s not expected to end any time soon as the pair chase the next set of milestones on the platform. 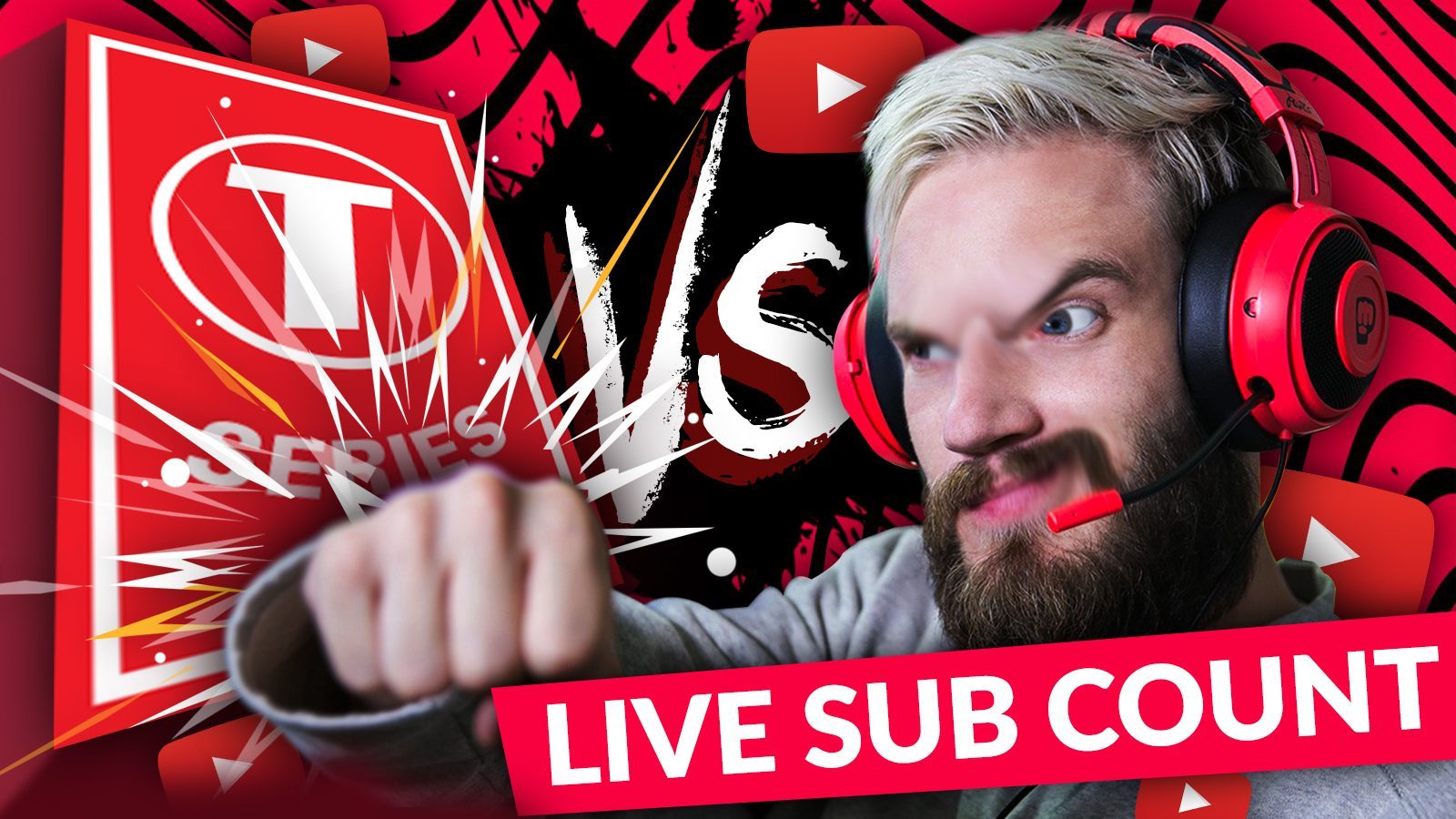 The battle between PewDiePie and T-Series has been rolling on for quite some time.

Who will come out on top… PewDiePie or T-Series?

It’s been a battle between two fanbases. On one hand, PewDiePie, his content creating friends and his fans have been doing everything they can to boost the YouTuber’s numbers.

T-Series have been pushing hard themselves, though, by trying to enlist as many people from India as possible to back their video production channel and attempt to bring Pewds’ reign at the very top to an end. The sheer number of videos posted by T-Series each day also make it difficult for PewDiePie to compete.

With the leadership changing from day to day, and both channels rolling with the punches, it’s difficult to say who will prevail. Many pundits believe that Pewds is simply delaying the inevitable, but the Swedish star is determined to beat T-Series to 100 million subs before he gives in. All we can do is strap in and enjoy the ride.

After holding off T-Series for a while, PewDiePie is pretty much consistently behind in subs but he surely has some more tricks up his sleeve.