Twitch star Saqib ‘LIRIK‘ Zahid was pleasantly surprised when he managed to get out of a tough DayZ bind with the help of his kidnappers.

Before battle royales exploded with the prevalence of PUBG and Fortnite, LIRIK was a pioneer in DayZ streaming as the game led its players into nerve-wracking free-for-alls through its vast map and bizarre interactions with the other people in the game.

Even with major BRs in the market, players still come across hilarious situations like the one he found himself in after getting cornered by two attackers – only to turn the tables on them after an incredible gaffe by the duo. 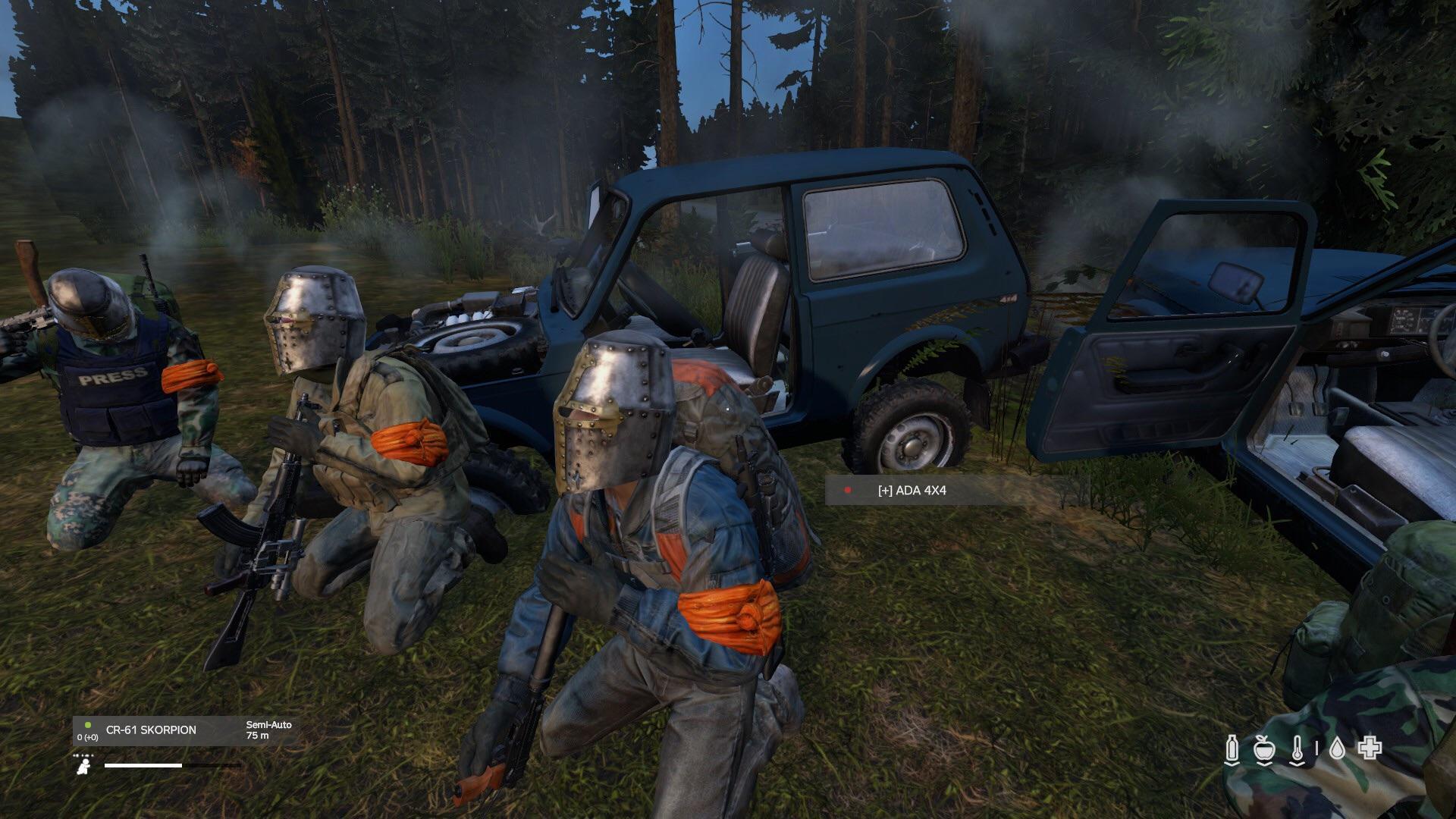 DayZ players can sometimes make the strangest interactions throughout the game.

In an October 15 stream, the streamer was having a tough time finding good loot to equip himself with, and came across a camp that looked rather promising.

Moments later, the streamer was cornered in a room by two players demanding his loot, and after a brief plea to spare him since they had matching fedoras, the 28-year-old surrendered to his trappers.

The game seemed lost for at that point with no avenue for escape and the barrels of his imprisoners’ weapons aimed at his face. But lucky for the streamer his captors weren’t that familiar with the game’s handcuffing mechanic.

“You f***ing idiots,” LIRIK said with his hands still raised after seeing both of his trappers near simultaneously handcuff themselves. “Aw you f***ing stupid f***cking piece of s**ts.”

It was then where he turned on the fisticuffs against his attackers who were now completely defenseless because of their momentary incompetence: “This is what you get. Motherf***er, where’s your friend? I’m going to shoot him in front of you.”

But in his blind rage for revenge the streamer had eliminated both players using his fists, which saddened him a bit since he hatched a gruesome scheme to properly punish the two.

“Wait he’s dead?” he said realizing that a “red dot” next to the players’ name meant they were eliminated. “I just punched him. Oh shit dude. Damn it man, I was going to have him wake up, cuff him, and shoot his friend in the face.”

While the streamer couldn’t serve the opponents’ their just deserts, LIRIK managed to escape the situation in an unbelievable manner.