KSI responds to yet another emotional outburst from Deji - Dexerto
Entertainment

KSI responds to yet another emotional outburst from Deji

YouTubers KSI and Deji Olatunji might be brothers, but their near-constant online feuding proves that blood isn’t everything – especially considering Deji’s latest video on their recurring beef.

Deji uploaded an emotional video to YouTube on June 18, simply titled, “I can’t do this anymore.”

The YouTuber accused his older brother of lying in his June 3 response video, which ran over an hour long and debunked nearly every one of Deji’s prior claims – and included allegations of physical and mental abuse over the years.

Despite KSI’s thorough explanation, Deji argued that he had lied to their fans, later bursting into tears and claiming that he was tired of “being seen as the bad guy.”

KSI later responded to Deji’s outburst with a short message on Twitter, writing, “How can I help a man that doesn’t want to be helped?”

That wasn’t all; queries made by Drama Alert’s KEEMSTAR produced more responses from KSI, who claimed that he’d never known about his brother’s romantic involvement with the girl he’d slept with, as alleged by Deji – and even claimed that he didn’t trust Deji enough to handle matters over a phone call.

“Fam, he didn’t even try to talk to me privately,” KSI messaged KEEMSTAR. “I told him to text me, ‘cause I don’t trust him calling. ‘Cause he’ll just record our conversations.” 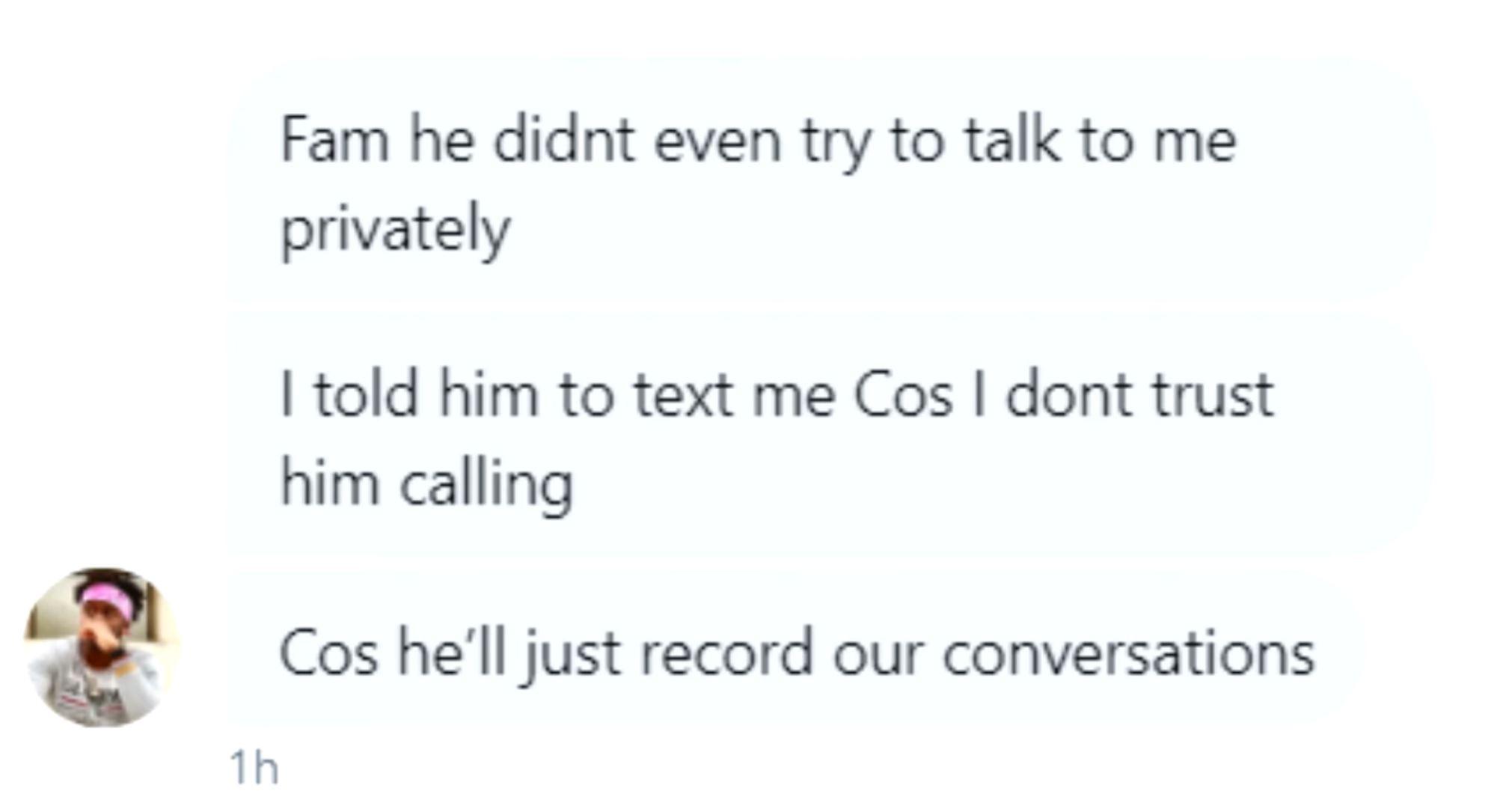 This latest drama follows the brothers’ initial spat in late 2018, after Deji used KSI’s bank records for a diss track.

From there, the two engaged in a heated, months-long dispute, which ended with Deji removing his diss track against KSI from YouTube – which he placed back online months later, prompting their current feud.

With the brothers not being able to find common ground, it looks as though their strained relationship might never be repaired – with KSI himself even doubting his ability to reach Deji, as stated in his Tweet on the subject.