YouTube stars KSI and Logan Paul are set to throw down on November 9 in the net’s biggest boxing rematch to date. Before they settle their beef once and for all, the two are taking a look back at their previous fight.

Both YouTubers have been releasing episodes of a documentary called “40 Days” ahead of their November 9 bout, which takes viewers through their training camps, exclusive interviews, and more.

The doc’s latest episode, released on November 5, gives fans a behind-the-scenes look into their August 2018 match. Specifically, the “biggest” mistakes that the internet celebs made, which could have cost a decisive victory.

Logan Paul and KSI first faced off on August 25, 2018 in the UK. Now, they’re set to throw down on November 9, in the LA Staples Center.

During the episode, KSI and Logan Paul looked back on footage from their first fight, with Paul admitting that he’d run out of steam in the third round. This was nn issue that fans across the net noticed.

“Round three started – zero,” he explained. “All of the sudden, I had nothing left. I had no energy, I could barely pick up my arms, and I couldn’t wrap my head around what just happened and why.”

Logan Paul is gearing up for a chance at finally ending his beef with KSI.600https://www.instagram.com/p/B399SNcpn2n/?utm_source=ig_web_copy_link[ad name=”article3″]

“What are my punches, man?” KSI exasperatedly questioned of his wide swings. “Where are my hands? Oh, my god.”

That wasn’t the only regret KSI had concerning their fight, either: the YouTuber also claimed that he “shouldn’t have” hit Paul after the bell in the second round, calling the shot “cheap.”

Despite the mistakes made during their fledgling debut, both boxers are confident in their chances for the rematch, with KSI claiming that he’s going to put an end to his opponent’s entire career.

“Last year, I was just alright,” KSI said of their fight. “Next fight, I’m ending his career.” 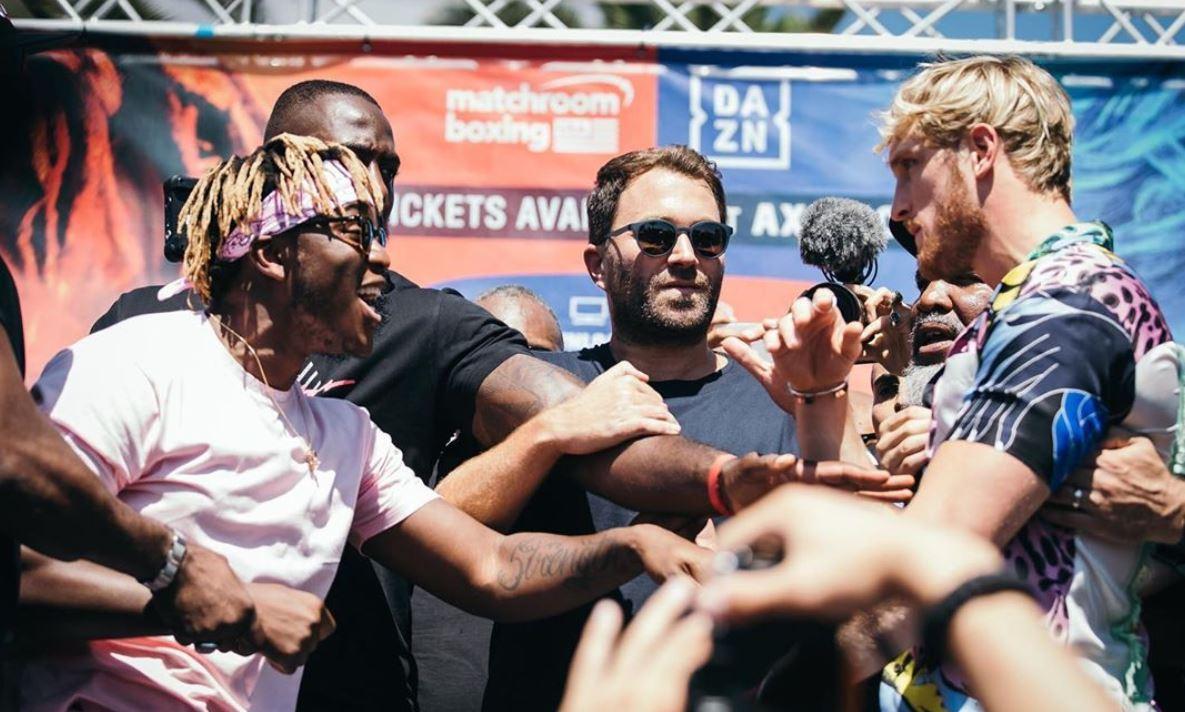 KSI and Logan Paul butted heads at both Los Angeles and UK press conferences ahead of their November 9 bout.600https://www.instagram.com/p/B2aaaTiALO3/?utm_source=ig_web_copy_link

“Looking back at the fight, you learn,” Logan admitted. “Last year, I kind of knew what I was doing. This year, there’s an animal inside me, a killer that I suppress because he’s fucking evil, but on November 9, he’s gonna come out, and it’s not gonna be pretty.”

With mere days until they face off for the final time, fans and critics alike are waiting with bated breath for the outcome – and there’s no telling which YouTuber will stand victorious.