HAchubby’s transition into Western culture has been well-documented on her Twitch channel, which has snowballed in popularity throughout 2019.

Having gained almost 140,000 followers since June, her channel is set to break through the 200,000 mark in the new year. 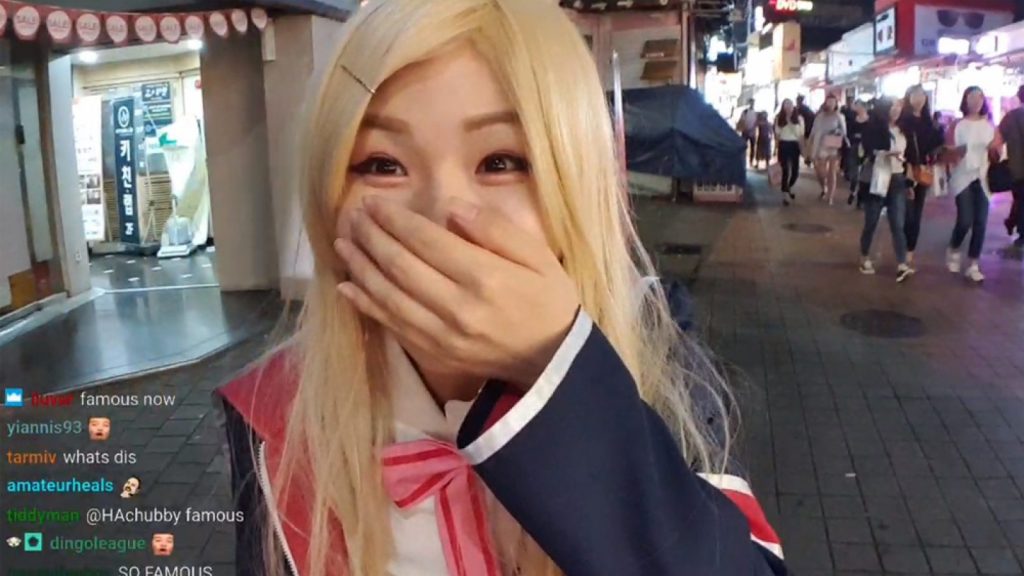 The Korean’s demographic spans well past her native country, with plenty tuning in all around the world to appreciate her comedic antics.

Given HAchubby’s new found stature within the Twitch community, she continues to provide unique content that her faithful following lap-up.

While livestreaming her archery endeavours on November 26, she held steady embraced her inner Katniss Everdeen and landed her arrow straight into the heart of her target.

Surprised at her feat, she exclaimed: “Oh my god!” and “thank you so much” while retrieving the arrow. Naturally, her Twitch chat responded in shock by spamming “POGU.”

Given her newly found talents, which even Legolas would be proud of, the Korean was on cloud nine. Swagger in-hand, she raised the bar and subsequently taped a soda can to the target board.

Walking back to her station, she uttered “boomer Jake” in response to Jakenbake, who attempted to mock HAchubby by pretending to shoot the target.

After being on the receiving end of the Korean’s roast, Jake questioned: “Aren’t you like older? You turn 30 in two days,” to which she responded with a swift “no!”

Of course, this was all playful banter between the two. However, with her Hawkeye–esque skills, perhaps she will be looking to transition that hand-eye coordination into the realm of gaming on Twitch.

Nevertheless, her wholesome reaction underscores the exact reason as to why she has exploded in popularity throughout 2019.