Popular YouTuber and host of ‘DramaAlert’ Daniel ‘KEEMSTAR’ Keem has shared his disapproval of the Kids’ Choice Awards – and their decision to crown Alia ‘SSSniperWolf’ Shelesh as ‘Favorite Gamer’ of 2019.

SSSniperWolf is one of the largest female YouTubers on the platform, amassing just under 15 million subscribers in the 6 years since her channel was created. However, she has been no stranger to controversy – often accused of faking gameplays.

Keem references these alleged fake gameplays in a series of tweets which state that the American YouTuber was a poor choice for the award, and that it would have been much more deserved for Tyler ‘Ninja’ Blevins, who has found incredible fame over the past year playing Fortnite. 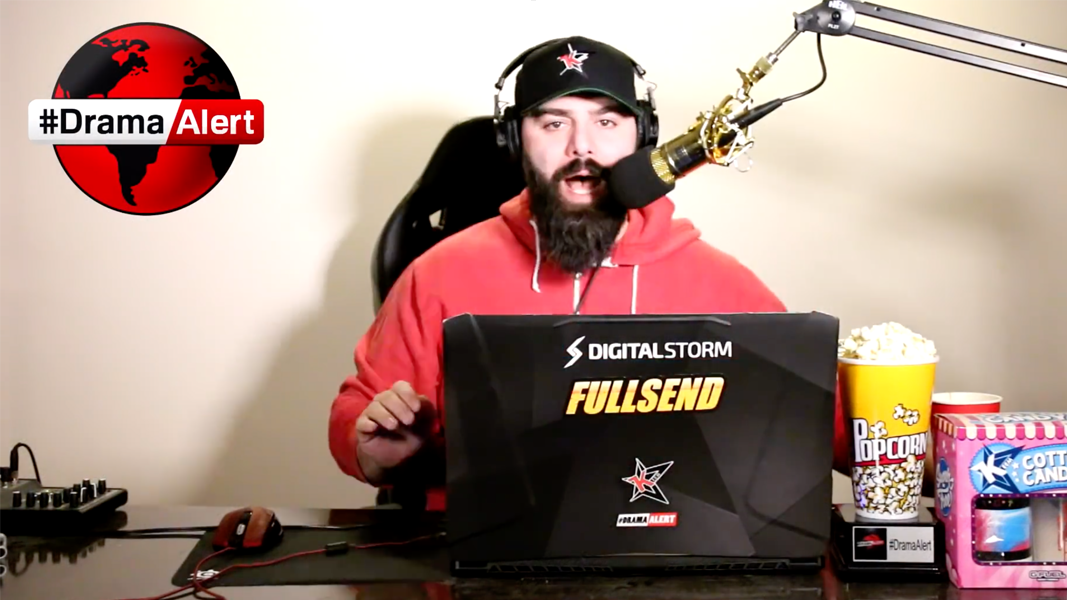 Keem said that the Kids’ Choice Awards are “100% BS” and that they’re “based on literally nothing.” He finishes his tweet by saying award shows of this nature mean nothing and are decided by people who do not have sufficient knowledge to make decisions about winners.

At the time of writing the tweet stands at over 22,000 likes, showing that a considerable amount of the community agree with Keem’s assessment of the situation. Ninja himself replied, with a tongue-in-cheek smiley face, suggesting he’s also unimpressed with SSSniperWolf’s victory.

A second tweet from Keem addresses the allegations of faking gameplays. It states that: “Sssniperwolf has been exposed for years for not getting her own gameplay. Her boyfriend would get the gameplays then she would just commentate over them like it was hers.”

He finishes the tweet by saying that her winning the award is “insulting” to gaming, making clear the extent to which he thinks she does not deserve it.

SssniperWolf has been exposed for years for not getting her own gameplay. Her boyfriend would get the gameplays then she would just Commentate over them like it was hers.

As a YouTube and gaming entertainment historian. Her winning a Kids Choice Award for gaming is insulting. pic.twitter.com/KV2qEo2O4r

The second tweet has over 5,000 likes, once again suggesting that a lot of the community is on his side.

SSSniperWolf tweeted a video of her ‘flossing’ in celebration, as well as saying that she loves to see people mad – in response to a tweet which defended giving her the award.