YouTuber Shay Carl wants to fight the winner of KSI Paul but would also box KEEMSTAR if the bigger fight fell through.

KEEMSTAR had a brutal response to the challenge from Carl.

Carl, known for his family YouTube channel the Shaytards, tweeted about his interest in amatuer boxing.

He would like to take on the winner of KSI vs Logan Paul.

Realizing that KSI or Paul might not be interested in the matchup, Carl set his sights on a more realistic target, the Drama Alert YouTuber KEEMSTAR. 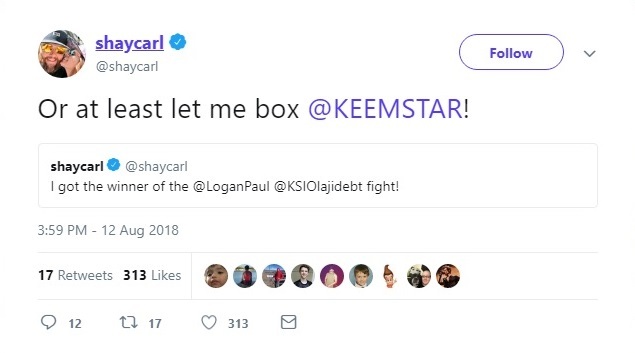 KEEMSTAR does not seem to have an interest in the fight either.

The drama YouTuber responded that Carl does not have enough views for him to want to fight. 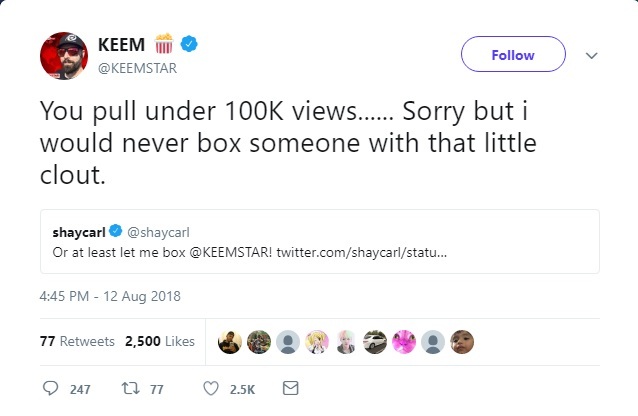 Shay Carl shot back with a knock on KEEMSTAR’s weight and that is when the conversation turned a little less playful.

KEEMSTAR responded again, this time bringing up an incident from Carl’s past. 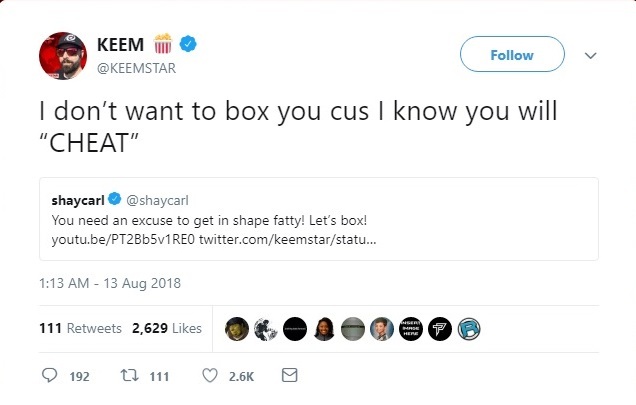 The cheating line is a reference to Shay Carl sending explicit messages to cam girl Aria Nina through Twitter DMs.

The scandal caused the Carl family to go on a hiatus from content creation, spending about seven months away from social media.