Following the first two weeks of success, KEEMSTAR is looking for some top tier casting talent for the next running of the Friday Fortnite tournament.

The tournament, which features many top streamers and YouTubers and offers a significant cash prize, was organized by KEEMSTAR in association with UMG, as one of the first major competitive Fortnite competitions on such a scale.

Top streamers including Ninja, TSM Myth, King Richard, Nadeshot have all participated, as well as YouTubers like Logan Paul.

For the first two weeks, the viewers have been split over the various Twitch and YouTube channels, with UMG themselves providing a holistic stream attempting to capture some of the best matches, with commentary.

However, KEEMSTAR has grand plans for the tournament, and with all the top tier participants, is also looking for some top tier casting talent to complete the package.

Of course there is a long list of popular casting talent in the esports world, but it is difficult to acquire their services when in such high demand.

KEEMSTAR is aiming high however, as he hints that he would love to have veteran casting duo Chris “Puckett” Puckett and Ryan “Fwiz” Wyatt on board.

Puckett and Fwiz are legendary in the casting world, particularly in Halo and Call of Duty, but it has been some years since they worked together on the desk.

Puckett is now the primary desk host for the Overwatch League, while Fwiz is the head of Gaming at YouTube.

However, with the peak in viewership which the Fortnite tournament is bringing to YouTube Gaming may get Fwiz’ attention, and Puckett hinted that he may be interested in the opportunity. 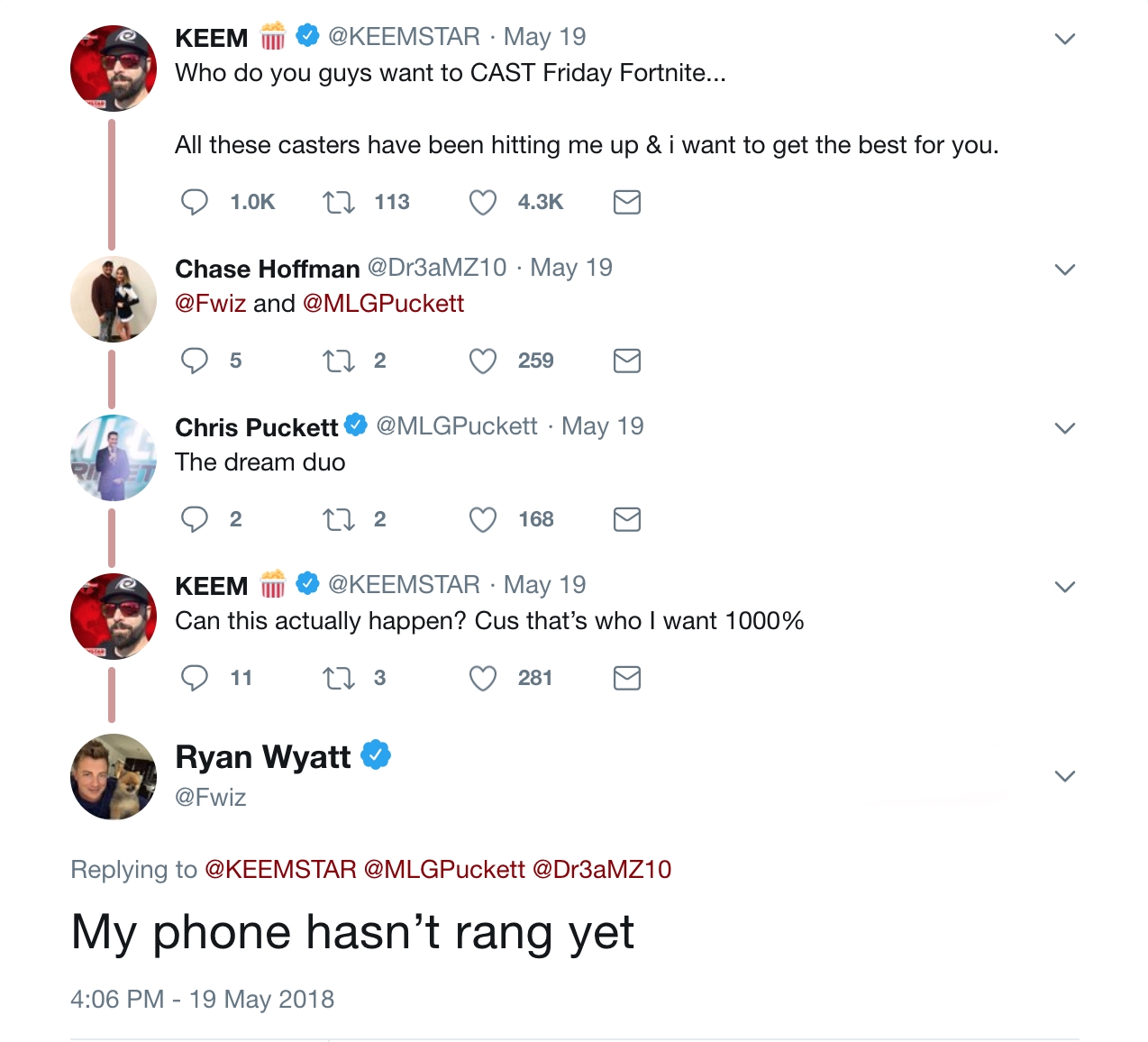 So it looks like there may be potential for a legendary duo to return, all in the name of Fortnite and the new Friday Fortnite tournament.

Next week’s tournament is set for Friday May 25th, and will feature the biggest prize pool yet, with a $20,000 first place prize.