Popular make-up and beauty YouTuber Jaclyn Hill has responded to backlash over a selfie taken in an alcohol-branded sweater, despite having recently discussed using alcohol as a coping mechanism for her mental health troubles.

In February 2020, Hill revealed that due to the overwhelming negative feedback from her lipstick line in 2019, she “turned to alcohol and started drinking to fix what [she] was feeling mentally.”

While Jaclyn received a lot of support from her fans at the time, she has been on the receiving end of criticism and outrage after posting a selfie to Instagram wearing an alcohol-branded sweater.

Hill has been no stranger to controversy in recent years, most significantly because of her Morphe palette but, more recently, she came under fire for a “tone deaf” Instagram post, posing in her Lamborghini.

It seems that whatever she posts, scrutiny ensues, and that’s exactly what happened on May 28.

As you can see in the image below, Jaclyn posted a selfie wearing a Budweiser-branded sweater, a popular American beer.

Before long, fans started questioning this, given her admission of using alcohol as a coping mechanism. Many pointed out the video in which she stated that, questioning why she’s posing in alcohol-branded clothing after “saying she had a problem with alcohol.” Hill wasn’t having any of it, though, and responded to some of the comments and tweets about the issue. 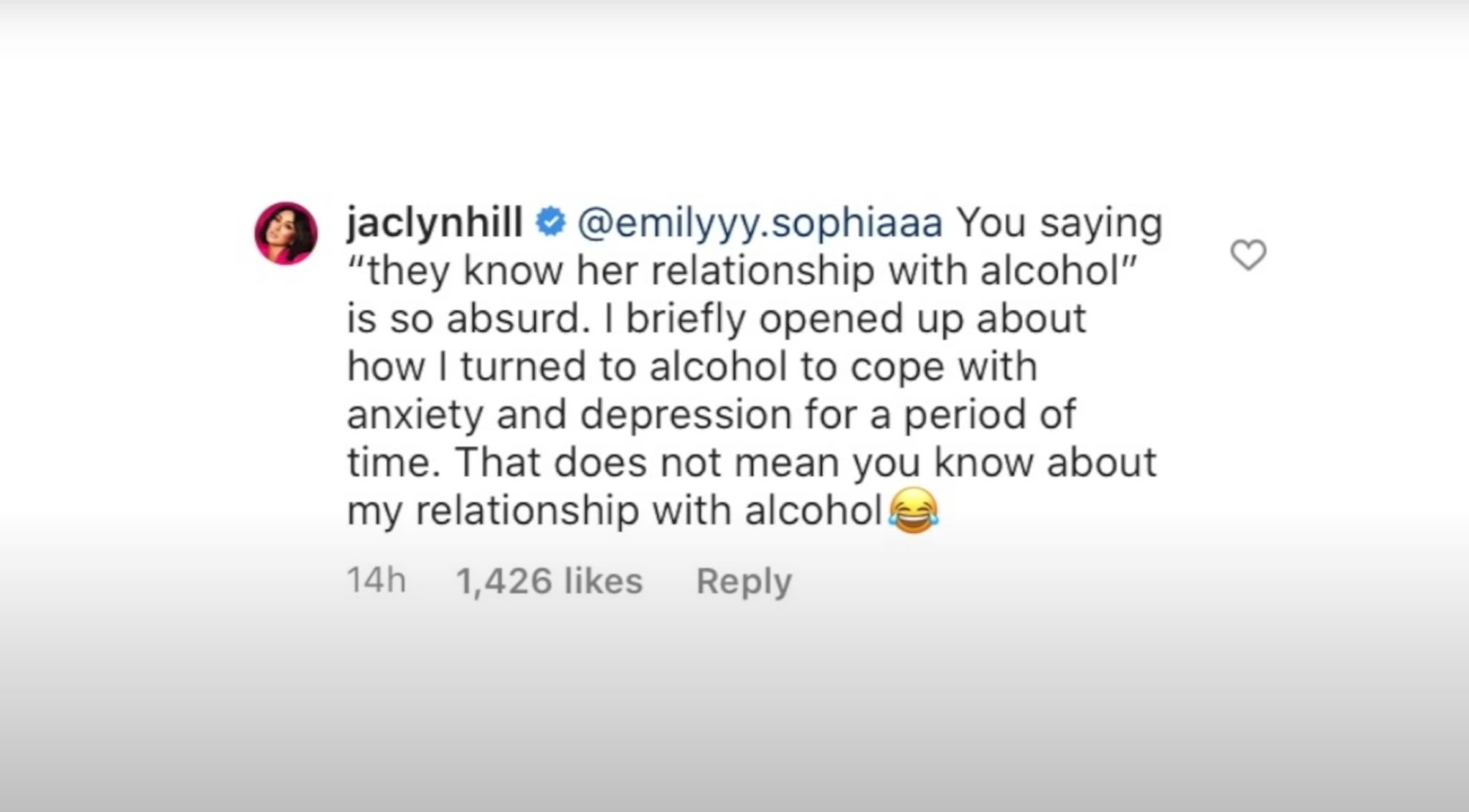 Jaclyn was not having any of the criticism coming her way.

Finally, she responded to a tweet defending her, saying that she “laughs out loud” at some of the people that are “reaching so hard.”

It’s at the point where I laugh out loud at some of y’all reaching soooo hard! https://t.co/x4cjEwoHON

It’s clear that Jaclyn does not believe she has made a mistake posting the selfie to Instagram, and the responses have been very mixed.

Despite that, she might reconsider next time she posts something online if there is alcohol in the shot so as to avoid any more confusion or negativity.