Popular content creator Seán ‘JackSepticEye’ McLoughlin has revealed the effects that massive scrutiny has had on Felix ‘PewDiePie’ Kjellberg, while he takes a break from YouTube.

Since PewDiePie announced that he would be taking a break from uploading videos after many years at the top, many fans expressed their concerns for the star.

The popular YouTuber later revealed that he felt it would be good to switch up from his usual routine, with a short break from creating regular videos for his channel following the 2019 holiday season. 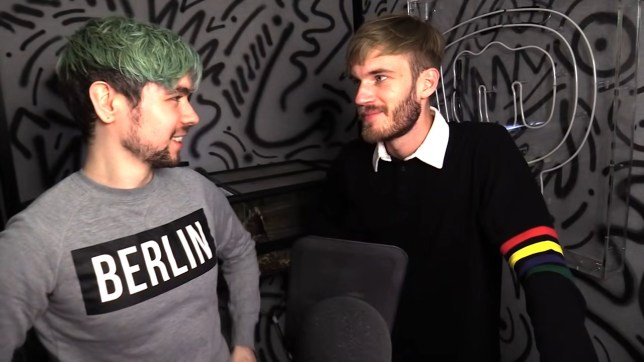 PewDiePie’s friend and fellow YouTube star JackSepticEye opened up, in a recent interview with Metro, about Kjellberg’s absence from the platform and some of the effects that his lifestyle had on him.

The Irish YouTuber explained that, outside of creating content, PewDiePie was much more humble than many of his viewers would believe, despite his massive success on the platform.

“He’s a lot more down to earth than people seem to think he is and he doesn’t give off the vibe that he’s the number one channel on YouTube at all, he always has a lot of time for people to just hang out,” JackSepticEye shared.

When asked about the enormous scrutiny his fellow YouTuber faces, he explained that it was strange for him to watch it unfold. “It is strange, all the stuff that gets said about him, it’s kind of weird to see that being said about a friend of yours.”

“People like to take things every which way and twist things all over the place”, McLoughlin expressed, addressing some of the star’s controversies. “Some things have affected him a lot but I think he has a strong head on his shoulders and he kind of deals with it as it comes up.”

Although PewDiePie seems to handle himself well when faced with difficult situations, JackSepticEye revealed that it is not easy as he lets it seem. “I don’t know how he does it, with that many people on you and that much scrutiny on you constantly. I think I would have lost my mind by now.”

Little has been shared on when the popular Swede plans on making his return to uploading YouTube videos, however, PewDiePie is still managing to hit new milestones on his channel despite his absence.