Is Twitter down? Users report widespread outage on February 7

Twitter users are sounding off across the net that the popular social media platform is reportedly down, with real-time maps showing outages across the United States, Europe, and even Japan.

UPDATE: The global Twitter outage reported by users on February 7 has since been mended, with Twitter’s status page reporting that all systems are operational as of 2:50 PM PST.

The outage began at around 1:20 PM PST, with users’ timelines unable to load new content whatsoever.

For now, those faced with the outage are posting through platforms like Tweetdeck until the matter is sorted, although a concrete reason for the widespread issue has yet to be reported at the time of writing.

However, Tweetdeck itself also experienced problems just before the mass outage and was unable to publish posts for some. Luckily, posters were able to schedule Tweets to get around the error, although this issue seems to have spread to the official platform, at large.

If you have Tweetdeck

Make a scheduled post for 1 minute in the future, and it will post.#twitterdown

A map from Downdetector shows a global visual of reported outages, with users across the world being affected by the sudden error.

So far, reports claim that the platform is only “partially” down, as users are still able to send Direct Messages, retweet posts, and search the site.

A probable explanation for the outage has since been released, with Twitter’s status page reporting that the site has identified the issue and is working to fix it. The matter is currently classified as a “Partial Service Disruption,” which may have been caused by an unspecified “irregularity.” 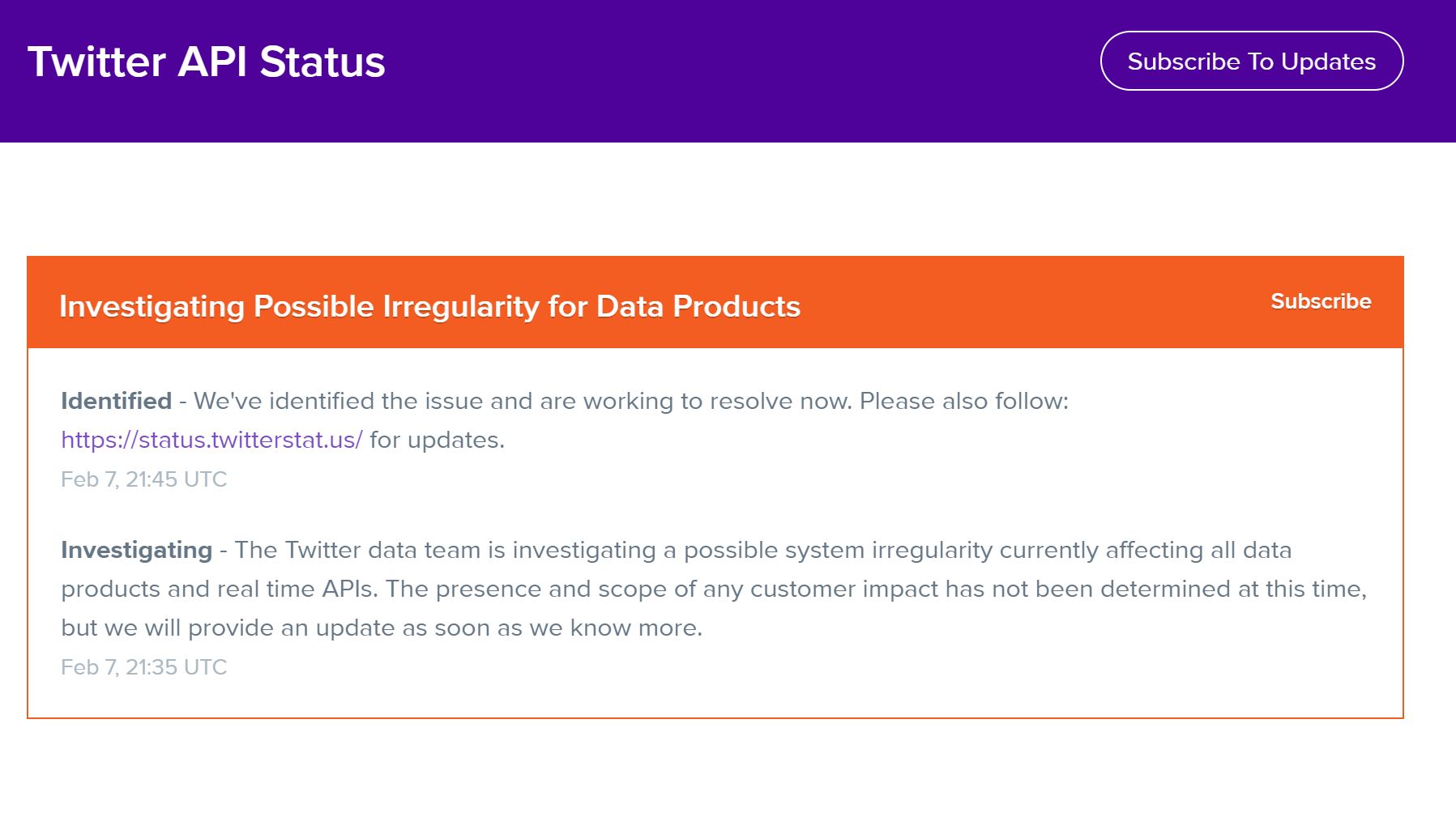 Twitter later posted a humorous “test” post in response to the issue, giving a lighthearted tone to an otherwise surprising turn of events for the site.

Twitter’s status page updated around an hour later, stating, “All systems operational,” marking an official end to the unexpected outage.