How to score FaZe merch at LA pop-up shop

One of the biggest names in esports and entertainment is opening a physical storefront for their merchandise, only for a limited time.

That’s right: the famous minds behind FaZe Clan are opening up a retail pop-up shop in Los Angeles, as announced by FaZe Blaze and co-founder FaZe Banks on November 14.

Unlike their previous pop-up in New York, their LA-based store will be open for a number of days, giving fans ample time to score merch from their favorite brand just ahead of the holidays.

Where is the FaZe pop-up shop?

The FaZe Clan physical storefront, dubbed the “FaZe Arcade,” is located at 7312 Melrose Avenue, and will be open from November 16 until December.

However, fans can get a chance to peruse around the venue before sales begin, with an open viewing and free arcade available from 11am-8pm on November 15. 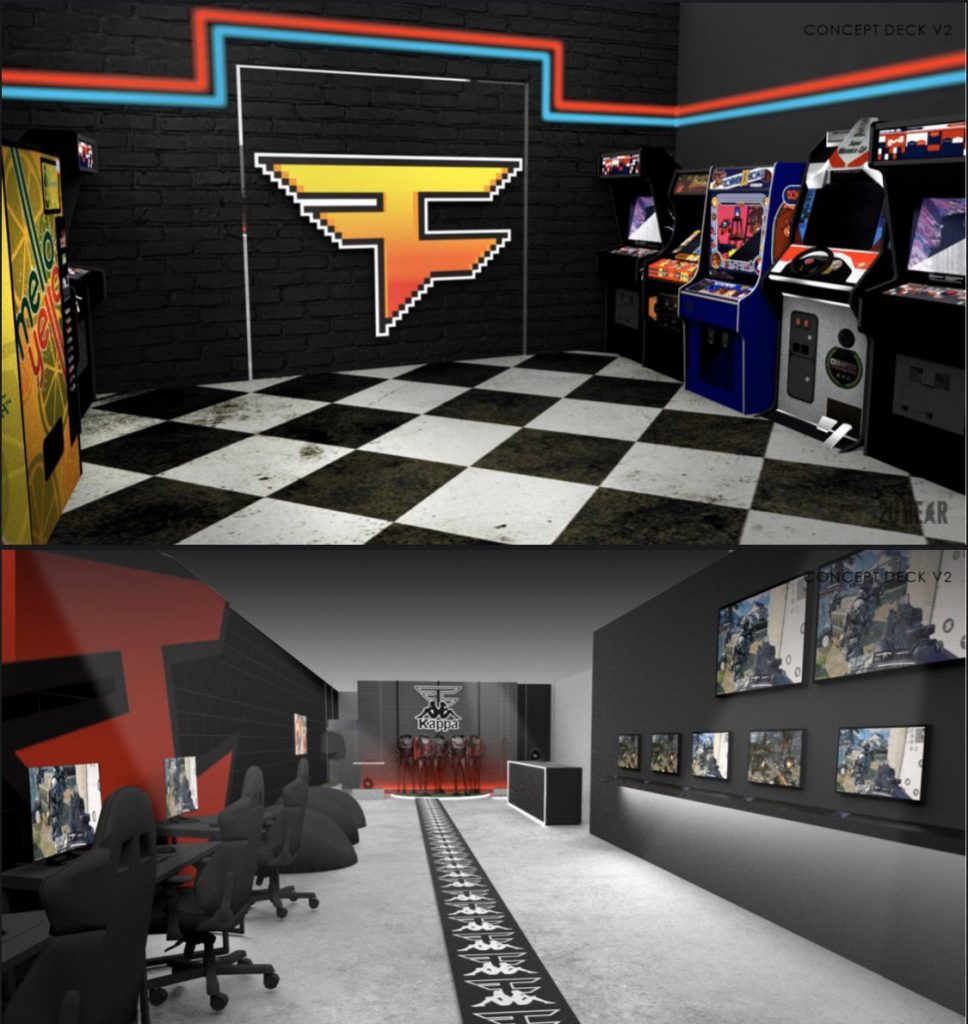 An exclusive look at the limited-time “FaZe Arcade.”

That’s not all: fans will also get to participate in a meet-and-greet on opening day from noon to 2 pm, with favorites like Banks, Rug, and Cizzorz in attendance.

What brands will be sold at the pop-up?

Alongside their classic FaZe merch, the FaZe Arcade will also feature designs from brands like Kappa, CLOT, and Lyrical Lemonade, with Banks making special note of the Kappa brand in his announcement video on the subject.

Priced from $20 – $150, the FaZe Arcade is unveiling an extensive collaboration with Kappa, which will include such items as “jerseys, t-shirts, hoodies, jackets, pants, shorts, socks, sandals, slides, fanny packs, duffel bags, and athletic tees.”

The well-known “Kappa” sportswear brand will drop some exclusive merchandise at the FaZe pop-up storefront.

That’s not all: CLOT is also introducing a brand-new collection at the store, showcasing a FaZe jersey, beanie, hoodie, and long-sleeved t-shirt, while Lyrical Lemonade promises a collaborative hoodie – as well as “on-site” talent from the music brand.

What can fans expect from the pop-up?

FaZe Clan’s merchandise drops have been incredibly successful in the past: in fact, their NYC pop-up shop at the Fortnite World Cup drew crowds of “thousands,” driving police to shut down the meetup after just a few hours.

While there’s no telling how many fans will show up to their LA location, this storefront is nothing short of “historic” to the brand, as told by Banks.

“I wanna shut s*** down, man,” Banks said of the storefront. “I wanna see people there. This is a legendary moment. It’s one for the books for us. It’s honestly a dream come true. …we never thought we’d be able to do this.”

Considering the success of their venture at the World Cup, there’s no telling how their next plan will fare – but fans can bet there will be no shortage of buyers at the door in the first few days.