Twitch is host to a plethora of different streaming channels, from gaming, to art, and other varying forms of entertainment. This makes every community on the streaming platform unique, and can help niche streamers find their corner of the internet to promote themselves on.

Why was Saruei banned?

During a September 16 stream, Saruei read out an email she received from Twitch staff live on stream regarding her channel getting banned.

“Some of your drawings are not in adequacy with the rules of the platform, including subjective / sexualized poses,” the email said. “The angle of the drawings focus on the butt in particular.”

She was also warned about some of her stream titles, and to not include phrases like “lewd art” in the future.

The Twitch representative handed down the ban at the end of the email, with a slight little disclaimer at the end.

“I was also informed by the moderation team that you have been judged recently on the content explained above, and you are going to receive a three-day ban, which should start in the coming hours. The content of this email – oh, I shouldn’t have spoken about this on stream.”

Saruei’s channel is yet to be banned, but given the wording of the email, should go down in the next few hours. 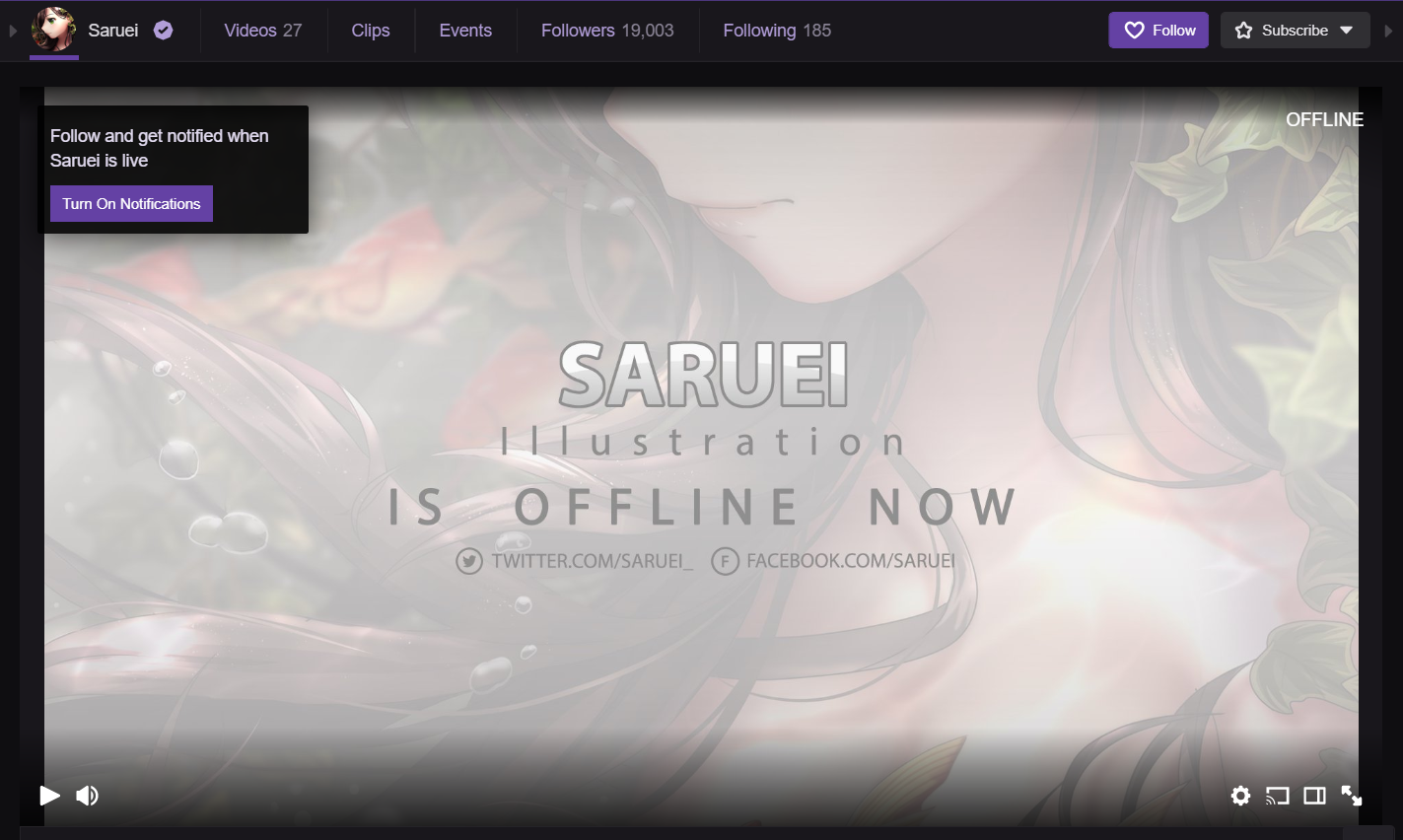 Saruei’s channel is still up at this point in time, but that may change in the coming hours.
[ad name=”article4″]

What has Saruei said about Twitch?

The artist recently spoke out about Twitch’s ‘double standards’ regarding artists and IRL streamers on the platform.

“There’s f***ing girls squatting in front of the webcam, showing off their ass,” she ranted, about how some IRL streamers are seemingly treated differently to the rest of the community.

She continued with Twitch’s comments about her own art, which the platform deemed too sexual.

“They didn’t specify, that’s why they warned me as it’s my first time getting a warning from them. I hope it won’t happen again because I asked them what is the problem with these drawings? Is it the clothing or the pose? What is against Twitch guidelines? I need to know!”

Twitch’s Community Guidelines state that streamers attire must be appropriate for a public place, and this might extend to art created on the platform, as Twitch looks to promote a safer image.

While some of Saruei’s art might not fall inside of the guidelines, she has raised a fair point about how Twitch handles some streamers differently to others, and how some of the platform’s rules need to be clarified.

We will update this piece with new information as it comes to light.