Fans have started to suggest that TikTok star Addison Rae may be next to leave the Hype House following the recent drama surrounding members of the collective.

Amid the back and forth between Hype House founders Thomas Petrou and Daisy Keech, which saw Daisy parting with the all-star TikTok squad, many fans have voiced concerns over the future of the group.

The Hype House featured some of the platform’s biggest stars such as Charli and Dixie D’Amelio, who were also rumored to separate from their fellow TikTok creators following Charli and Lil Huddy’s breakup in early April. 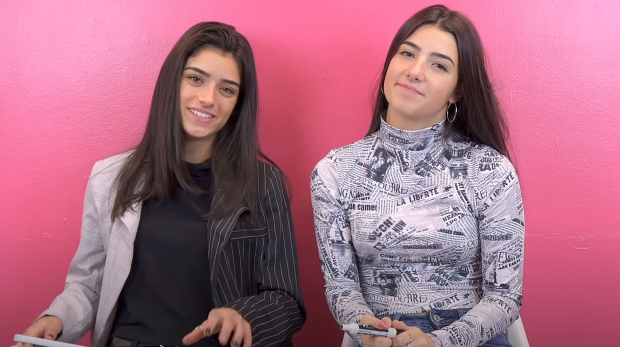 TikTok stars Charli and Dixie D’Amelio are also rumored to be leaving the Hype House.

With quite a few creators rumored to leave the Hype House, fans of the popular app have started to look towards Addison Rae who has been silent on a lot of the recent drama.

Addison Rae has built a following of over 34.2 million on TikTok for her popular dancing videos and is considered to be one of the faces of this new wave of content creation.

The Hype House has had a lot of drama in recent months.

In a recent interview with Business Insider, Addison opened up explaining how she rapidly climbed to the top of TikTok and her move out to LA to collaborate alongside some of the platform’s biggest stars.

However, when she was asked about her position on the latest Hype House news, the TikTok star refused to comment on any of the ongoing drama surrounding the group.

This sparked more rumors that she may be leaving the House, although nothing is certain for now.

Addison has remained quiet on a lot of the TikTok Hype House drama.

Many fans have begun to speculate as to why she has remained silent, with some suggesting that the star could be next to leave the TikTok collective.

Despite some of the speculation, it appears as if Addison Rae is still a part of the Hype House, however, as she is still being posted to the group’s Instagram page and she has appeared in their latest merch drop photos as well.

On the other hand, the D’Amelio sisters are almost never featured in Hype House social media anymore, further confounding the rumors that they have left.