Jaryd ‘Grand Theft Auto RP, but nobody could have expected him to end up in such a huge mess on the highway after hitting an invisible vehicle.

The popular Twitch streamer was sent flying through his windscreen while driving up the main highway near La Fuente Blanca in GTA, with his car causing a devastating collision between around 20 other drivers, but this time it was through no fault of his own.

However, that wasn’t the way the police saw it as they sprung onto the scene to investigate just what had happened, as players had crashed and others were ran over in the accident. 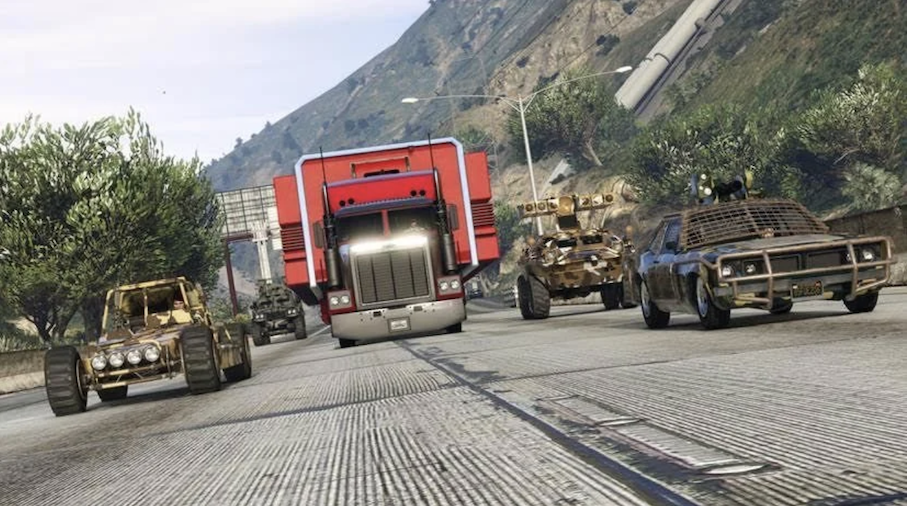 Highways aren’t the best places to have a driving mishap in Grand Theft Auto.

“Oh, fuck. I think we hit somebody invisible. Fuck, you guys OK man?” he said, after striking the invisible vehicle at 116mph, flying through the windscreen and dying. Summit then started to repair his ride, before being met with a surprise.

Not realizing what was ahead, the traffic started to drive right through the scene of the accident, wiping summit1g’s character Charles Johnson right off his feet.

The hilarious carnage never stopped there as the police officer was also mowed down by a driver in the midst of the chaos.

“It was a ghost car chat. I had heard about them. I hadn’t hit one yet,” the streamer said as his character remained on the ground, injured.

Another officer with access to a vehicle approached the scene of the accident, hurrying over to summit and got him inside the car, before rushing him to the hospital. As the former CS:GO player was taking up the seat inside, the policeman that was hit by a car was forced to jump inside the truck for the ride.

Once they arrived at the medical facility, the streamer was patched up and let go to carry on the broadcast as normal.

This appears to be a glitch that is just affecting gameplay in GTA RP servers, which are an online modification of the original game, meaning that GTA Online players shouldn’t be facing the same issues.

While it might have created a hilarious moment for people to watch, this incident just goes to show how devastating glitches can be. The AI drivers going rogue didn’t help matters either!

As a notorious criminal in the NoPixel server, whenever Charles Johnson is interacting with police it is usually investigating some sort of plot, but clearly things turned out a little differently this time around.