As Tyler ‘Ninja’ Blevins gets ready for another appearance on Family Feud, we take a look back at the Fortnite and Mixer star’s first time on the popular game show.

Since Fortnite’s release in Summer 2017, Ninja has grown to be one of the most recognisable faces in the world, not just in gaming. All spawning off the back of some insane gaming ability, Ninja is now one of the world’s most sought after stars for sponsorships and accolades.

Blevins will be making an appearance on ‘Celebrity Family Feud’, thanks to his new-found fame. However, thanks to the Family Feud YouTube channel, we can now experience his first appearance in all its glory.

At the time, he tweeted how incredible it was to meet Steve Harvey, the acclaimed host of the game show. This feeling ironically mirrors how many fans feel meeting Ninja nowadays.

The Blevins actually did quite well on their appearance on Family Feud; winning $40,000. Ninja was even selected to play in the final round of the game. The episode aired five years ago in 2014, though Ninja still had the same Twitter account.

Footage of the old episode was originally difficult to find, but thanks to the guys over at Family Feud it’s now far easier. In August 2019, they uploaded the entire episode to YouTube, in 4 parts.

When first meeting Steve Harvey, Ninja is visibly nervous, and the host can’t believe what Ninja does for a living. “I’m a professional video game player,” said Ninja. “I travel across the country and compete playing video games.”

Harvey looks stumped, but then goes on to tell Ninja to “follow your dreams, go and make some money”. It’s fair to say Ninja took this advice and ran with it, with an estimated monthly income of $500,000. 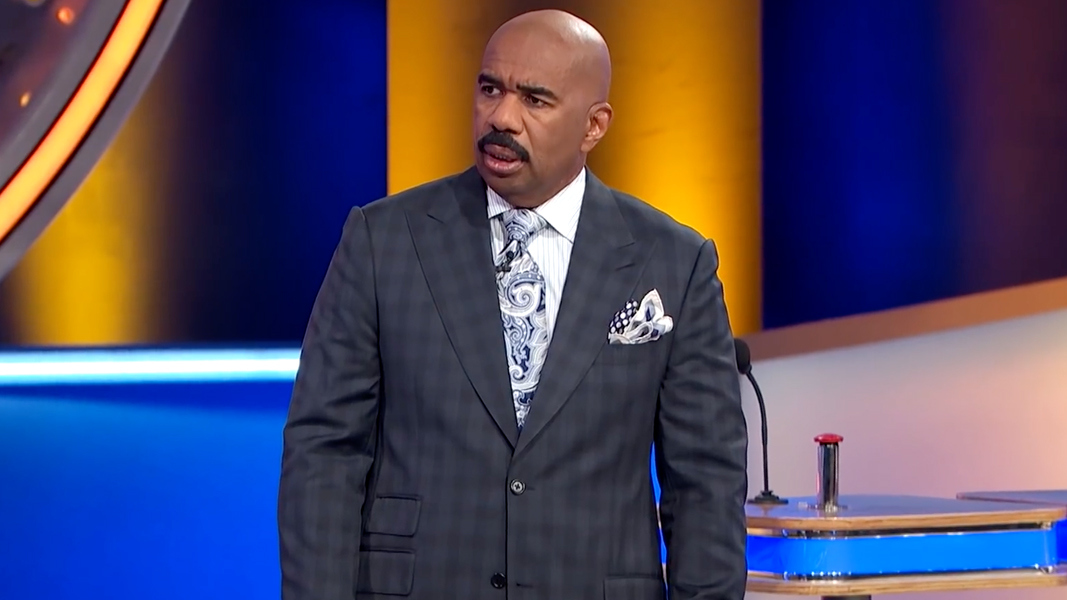 As previously mentioned, the Blevins perform well, and Ninja himself is chosen to participate in the final round, which can be viewed in parts 3 and 4; embedded below.

Ninja confirmed they would be making another appearance back on Family Feud in February of this year, with wife Jessica also confirming it via her Instagram story.

The Blevins family will be hoping they can recreate their success from 2014.