Popular Fortnite YouTuber Flamm has revealed his career as a content creator will, unfortunately, be coming to a premature end, because he is “going completely blind”.

Flamm, who has over 58,000 subscribers on YouTube, with almost 10 million total views, is loved in the community for providing useful videos for players looking to improve their skills on the battlefield, creating plenty of handy weapon comparison videos.

Around six months ago, he successfully found a method to create a custom crosshair on Fortnite – something which the competitive Fortnite community have begged for – but the technique was quickly banned by Epic Games. 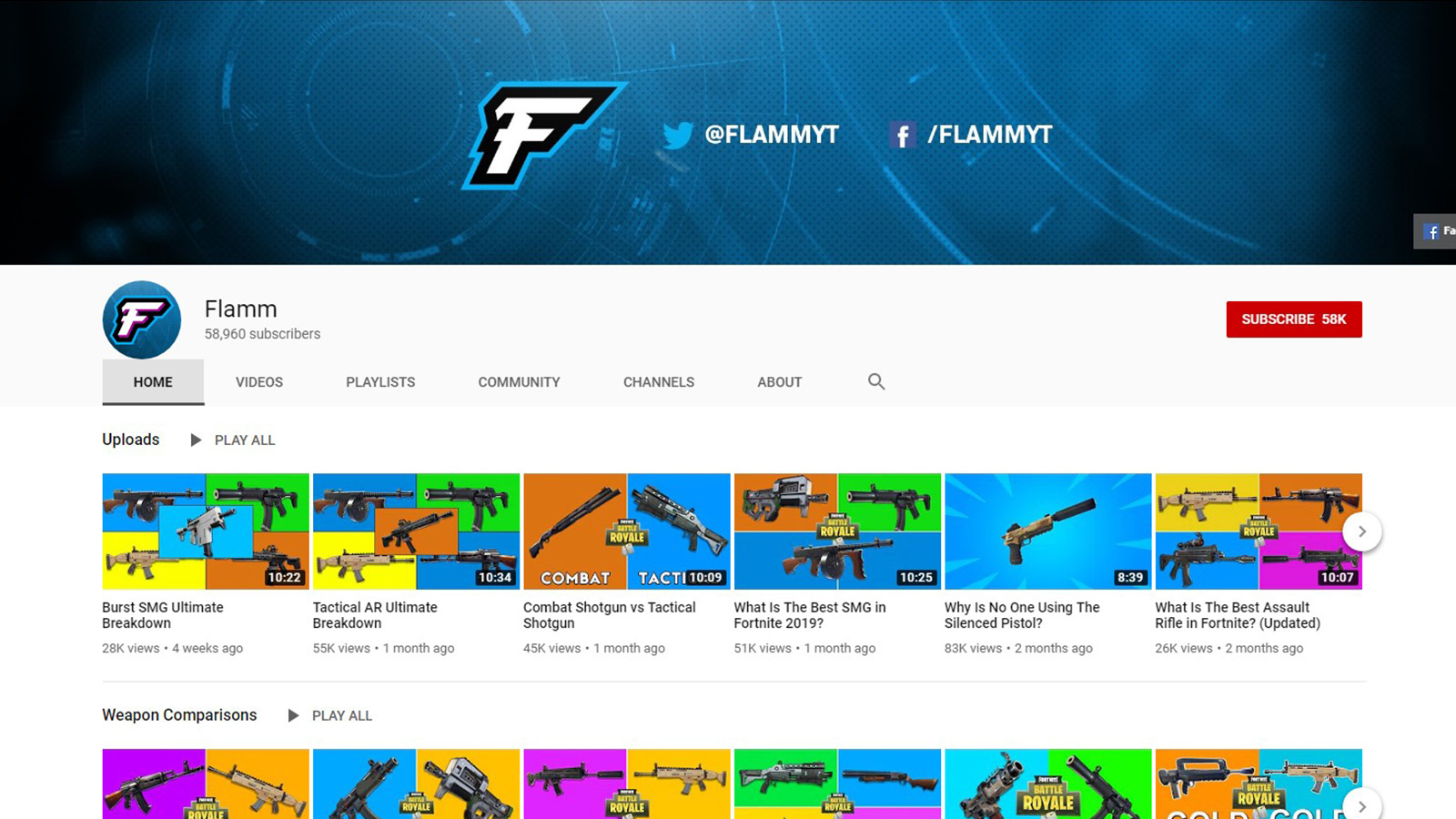 Flamm has over 9.5 million views on his YouTube channel.

Unfortunately, Flamm revealed in an emotional message that his career as a content creator would be coming to an early end after being diagnosed with Retinitis Pigmentosa (RP) – a rare genetic disorder that causes the breakdown of cells in the retina.

At the moment, there are no therapies capable of curing RP and the YouTuber revealed his sight is deteriorating every day to the point where it’s likely he will go end up with extremely impaired vision.

“My eyesight is regressing every day and odds are that I’m going to go completely blind,” he said. “For now, my time with Fortnite has come to an end.” 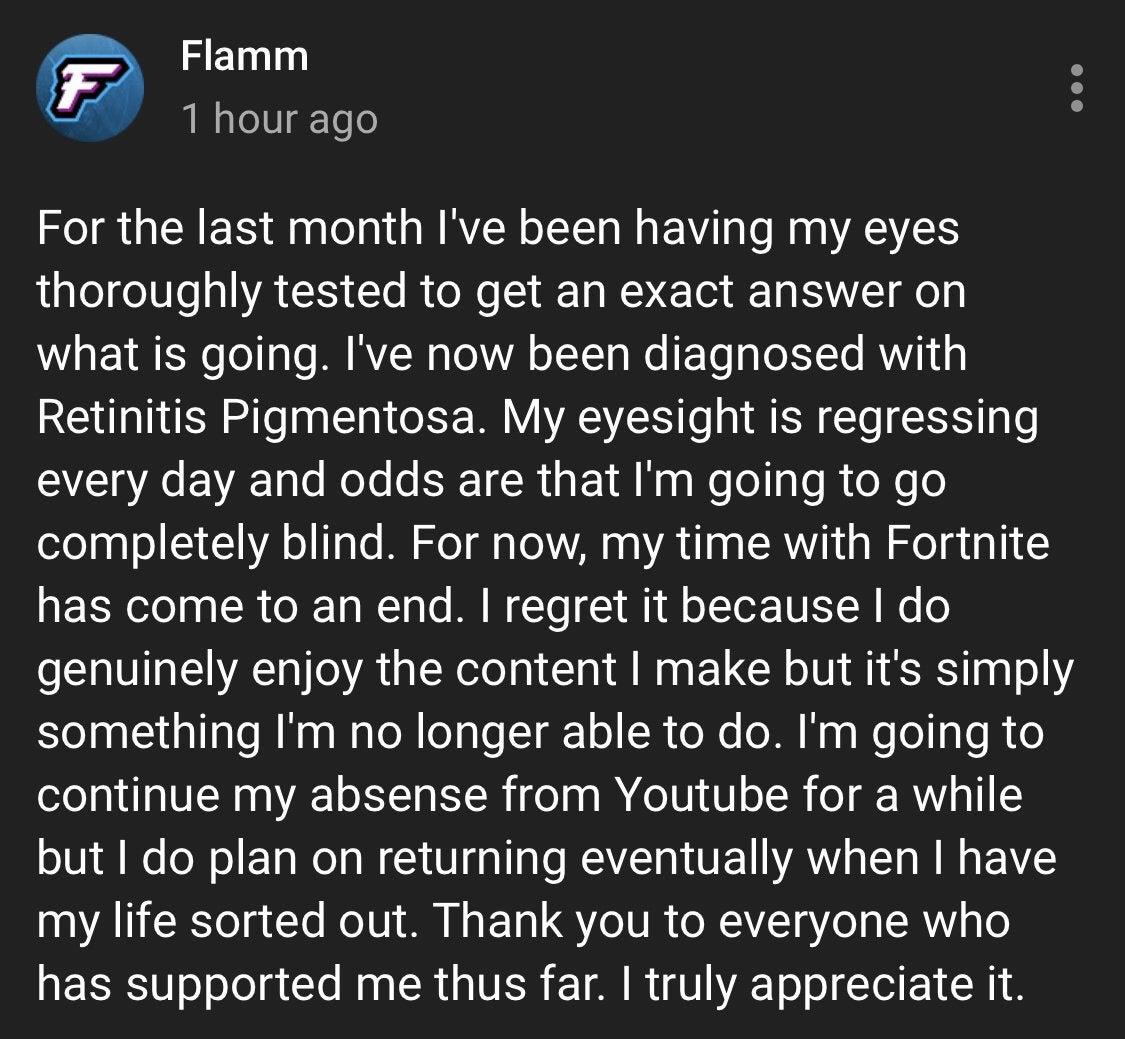 Flamm made a heartbreaking revelation to fans on June 29.

Flamm revealed his disappointment as he loved making content for the channel and plans an absence from YouTube.

However, he did state that he would eventually make a return to the platform.

He said: “I’m going to continue my absence from YouTube for a while, but I do plan on returning eventually when I have my life sorted out. Thank you to everyone who has supported me thus far.”

Given Flamm’s creativity, we’re sure that he will find a way to come back even stronger, to make even more exciting content for his audience.