Tfue and Cloak have become one of Fortnite’s most well known duos, thanks to their incredible talent and coordination when playing together. As a duo, they placed second in the North American Summer Skirmish Week 2, and won the Fall Skirmish, back in October 2018, becoming the winningest pair in the game.

The two are clearly good friends and even better teammates, but even for the best, things do go wrong. 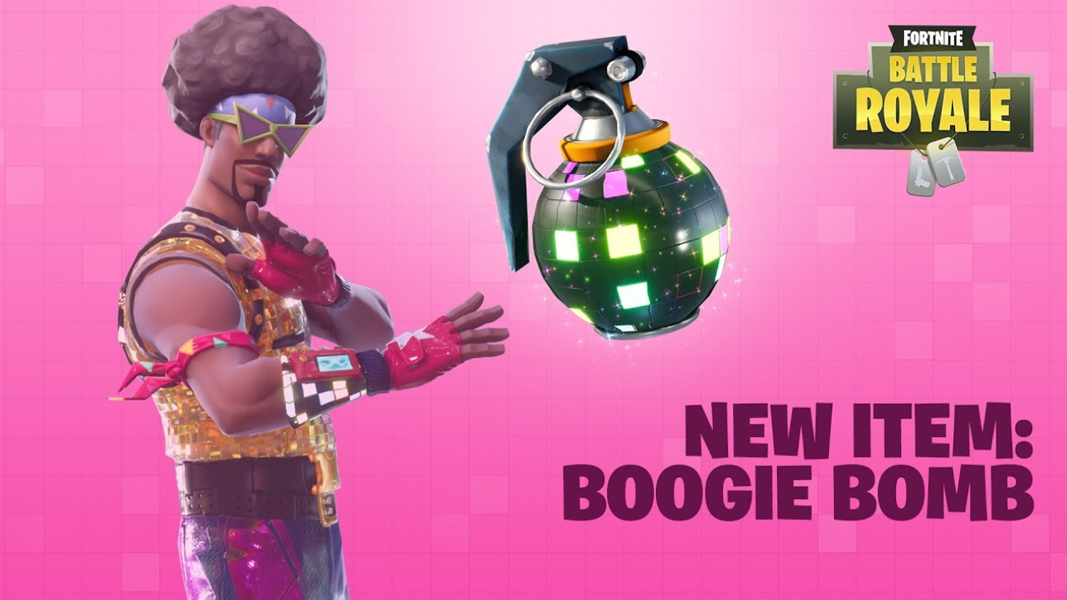 Boogie Bombs have been a staple of Fortnite since their addition in Season 2.
[ad name=”article2″]

What are Boogie Bombs in Fortnite?

Boogie Bombs have been in Fortnite since December 2017, and act as proximity grenades. Upon detonation, the grenade causes any affected players (friendly or otherwise) to become locked in a dance, making them a vulnerable target to aggressive players.

They have seen their popularity fluctuate as other items are added and the meta of the game changes. However, they are currently viewed as a strong item, particularly in higher level Fortnite, as it guarantees a free shot on a player who is unable to fire back.

However, during a stream on March 29, Tfue became frustrated at Cloak after he did not pick them up, and died as a result of them being used against him. “I got boogie bombed!” exclaims Cloak. “They’re so OP [over-powered]”.

Tfue however, had no sympathy for his partner, stating that: “Yeah, I literally told you to pick them up. Guess who didn’t pick them up? You. You’re fucking stupid.”

Tfue continues his criticism, arguing: “God, bro, I literally told you to pick those up. Those are the same boogie bombs. You’re so fucking stupid. You just cost us the game. That’s the first game of the day you threw, already.”

Cloak can be heard chuckling in response to Tfue’s criticism, clearly not taking it to heart. It is likely we’ll see them playing a lot more together in the weeks to come, as they look to perfect their craft ahead of Fortnite’s World Cup, which begins on April 13, 2019.

Hopefully, Cloak will be more attentive to picking up Boogie Bombs in future – else he might face the wrath of Tfue once again.