Dr Disrespect made an epic entrance at the CWL Championships 2019, as the Twitch superstar drove a Lamborghini Aventador to the event.

The CWL Championships 2019 are underway at the Pauley Pavilion in Los Angeles, CA, as 32 of the top teams in the popular FPS are competing for the championship title, and a shot at the $2,000,000 prize pool.

Dr Disrespect posted a video on Twitter on August 16 showing his arrival to the event in a Lamborghini. After all, it wouldn’t be an entrance worthy of Two-Time champion himself if it wasn’t a major flex.

Driving to CWL Champs in style

Doc flexed his wealth when he uploaded a video of himself driving to the CWL Championships in a Lamborghini Aventador, which usually retails in the $400-500k range. The video pans on the Two-Time driving the sports car, while he has a hilarious conversation about contracts and what he expects to be paid.

“Hello, yeah this is the Two-Time. What do you mean there is an issue. Get them on the line! What seems to be the issue with the contract? No, I said 25 mil, yeah, fax it over” he said, showing off the potential money he brings in. 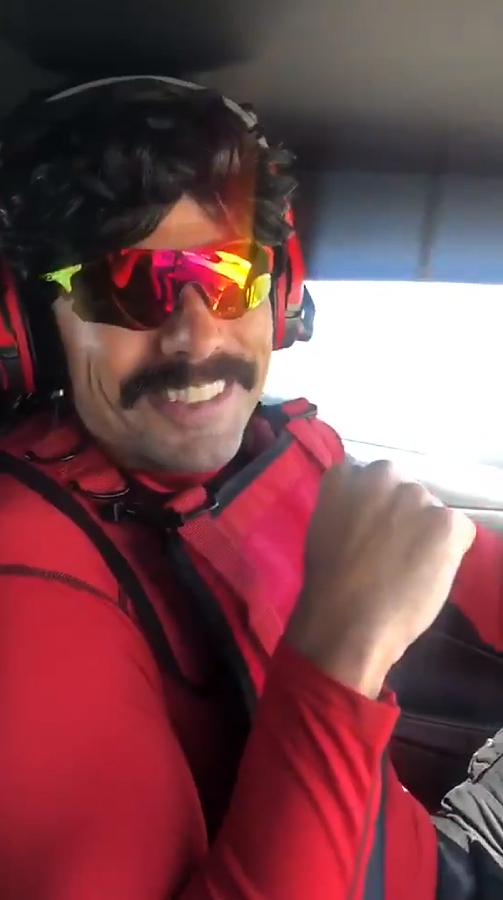 The Two-Time drove his Lamborghini to the CWL Championships, showing the ultimate flex.
600[ad name=”article3″]

After hanging up the phone, Doc turned to address his audience. “Ladies and Gentleman, I’ve decided to bring the Aventador to the event today. As you can see, I prefer the Lamborghini Diablo VT. A little bit more space, I can stretch my shit out,” the Two-Time said, showing his long legs cramped up in the sports car.

After the camera panned to his legs he yelled “Look at this guy right here!”, pointing to another driver in a Ferrari. “Ha, a Ferrari! See ya!” he laughed as his car quickly pulled ahead, living up to the ‘speed and momentum’ in his iconic catchphrase.

After blowing past the Ferrari owner, the Two-Time reiterated his dominance. “Listen we don’t mess around. I live a lifestyle that’s just unmatched, unparalleled. Nobody’s on my level” the Doc bragged, shaking his head back and forth.

He continued “And today, at the Call of Duty, World Championships, I might even step on the main stage,” he stopped, before grinning and licking his finger in his signature move.

The CWL Championships run from August 14-18. For updates, and to find out whether the Two-Time steps up on the main stage after all, check back with Dexerto.