Resident Evil 2 is well known among adrenaline-seeking horror fans, and nothing is more iconic from that game than the imposing final boss “Mr. X.” However, as Twitch streamer Elajjaz found out, a mod to replace the intimidating enemy with Dr Disrespect might have something to say about that.

What’s more terrifying than a zombie with a proper title? Why, only the two-time, back-to-back Blockbuster champion, of course.

Elajjaz was playing Resident Evil 2 HD Remaster on his Twitch stream using the Resident Evil 2 Randomizer mod when he was suddenly confronted with what would have been Mr. X. Instead, this mod made sure that he was confronted instead with the only man with a seven-foot vertical leap. 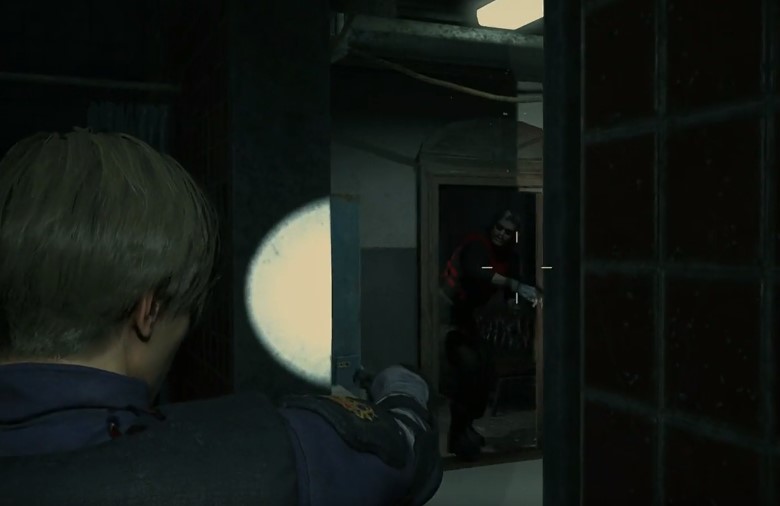 Quickly backpedaling, Elajjaz attempted to outrun the Doc, but kept tripping over the terrain and other zombies. While he did eventually lose him, it was not before the Doc let out a guttural “Rahuuuuuul” and continued to chase him as “Rahul Gillette” played in the background.

“This is way more terrifying than Mr. X!” Elajjaz shouted, before yelping. “I dunno why, he just looks more intimidating to me.”

Elajjaz continued to stay one step ahead of the Doc as he stomped menacingly up the stairs, Mr. X’s frame matching the Doc’s, and even perfectly capturing the doc’s long stride and heavy footfalls. Eventually, Elajjaz ducked into a side room, and the oddly menacing Rahul Gillette faded as the Doc stomped back down the stairs.

Eventually, the Two-Time caught back up with Elajjaz, and he nearly had a close call with the champ thanks to a randomly placed zombie that tripped up the streamer – but again, some quick thinking and a couple of doors were more than enough for Elajjaz to make a clean getaway.

The Dr Disrespect mod features full voice lines along with the iconic music from his stream, mostly triggering when he hits the player.

Of course, Dr Disrespect is more likely to be actually terrorizing your PUBG, Fortnite, or Apex Legends matches than actually stomping up behind you – but that’s a different brand of fear all on its own.

Ellajjaz has 318,696 Twitch followers as of this writing, and could certainly be counted among the site’s faster-growing streamers.