PlayerUnknown’s Battlegrounds after another unfortunate death fired him up to no end.

PlayerUnknown’s Battlegrounds was a smash hit when it first released in 2017, but scores of hackers and bugs quickly made it less alluring especially with more battle royale games filling up the genre.

At the height of the game’s popularity streamers like the Doc, shroud and more worked with the Bluehole developers to get custom in-game skins to immortalize the personalities’ place in PUBG history. 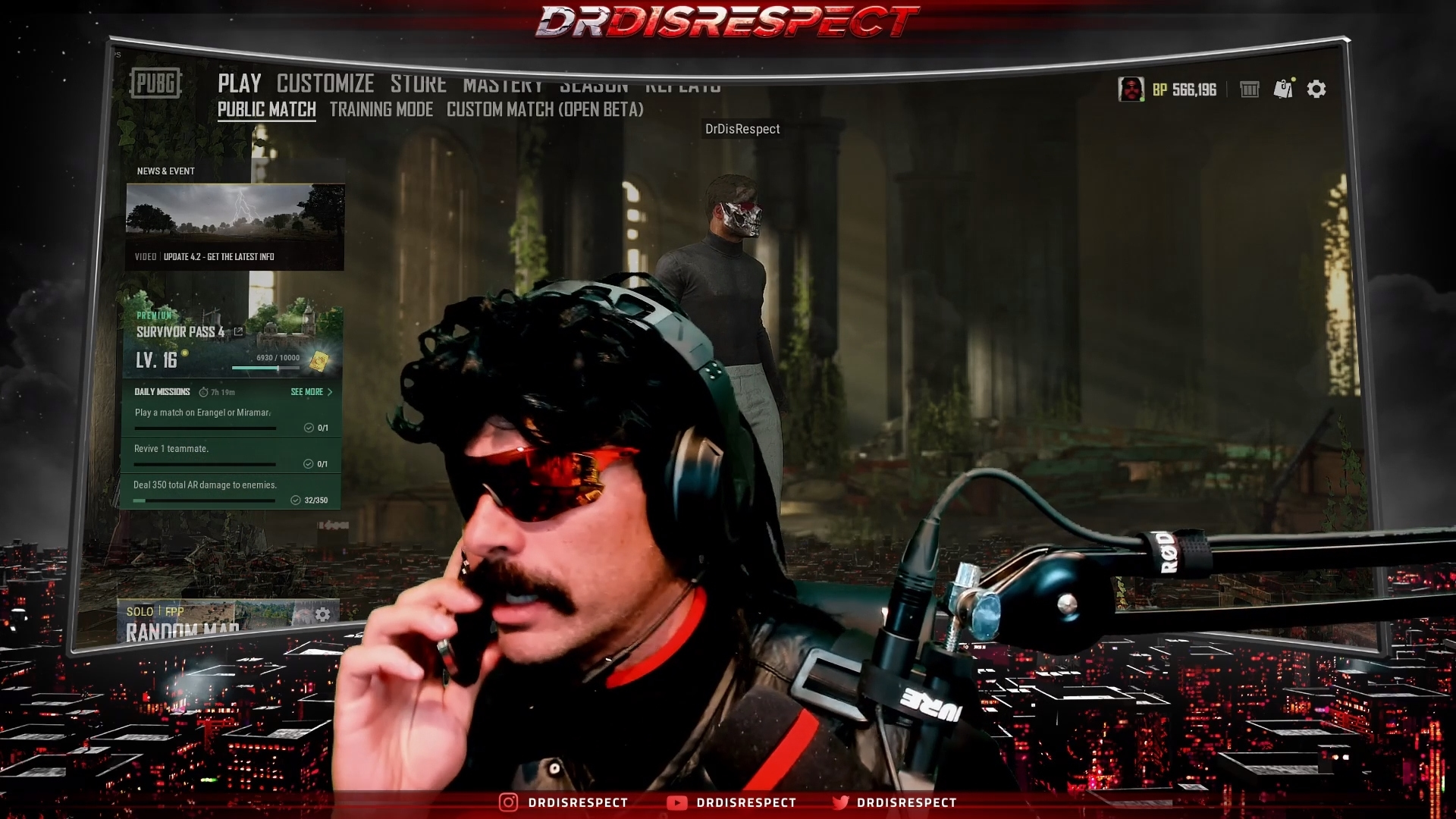 The streamer received a “call” from the developers and humorously reaffirmed the he wants his skins “out of the game.”

The collaboration produced some of the game’s best skins to date for popular weapons that players’ tend to use when owning on the battlefields.

But after another PUBG-fueled tirade, the Doc said he doesn’t want his skins in the game anymore after noting that Bluehole does not “have a product that is thriving right now.”

The streamer is known for his lengthy skits, and it was in full display after he got a “call” on his flip phone from the devs where the Doc continued to hammer the point to the Bluehole developers.

“Yeah. Yeah!” Dr Disrespect said on the phone before erupting. “Yeah, PULL THEM OUT OF THE GAME!”

For those unfamiliar with the Doc’s antics, while he does have major gripes with PUBG’s developments he jokingly demanded that the developers take his skins out of the game after the ping in a “warmup game” made a close-range firefight go wrong.

“The ping is so bad in this game, it’s unplayable,” the Doc said. “That’s not what I saw on my screen… It’s just so disgusting, this fucking game. This FUCKING GAME MAKES ME SICK! That’s why no ones fucking playing your game. You guys are making me sick! You’re not doing anything for this game.”

The Doc is nothing if not persistent, so it’s definitely not the last time we see him drop into a PUBG match in hopes of getting a solid win.