Popular Twitch star, Guy “Dr Disrespect” Beahm, took another jab at his fellow streamers summit1g and TimTheTatman’s streaming setups, and how much better his broadcasts are.

When it comes to streaming on Twitch, there aren’t many channels that can rival the production quality that Dr Disrespect brings to each of his streams.

The Doc, who is known for showing off some of his facilities such as his ‘Arena’, took shots at some other streamers who don’t put nearly as much effort into the production value of their broadcasts as he does. 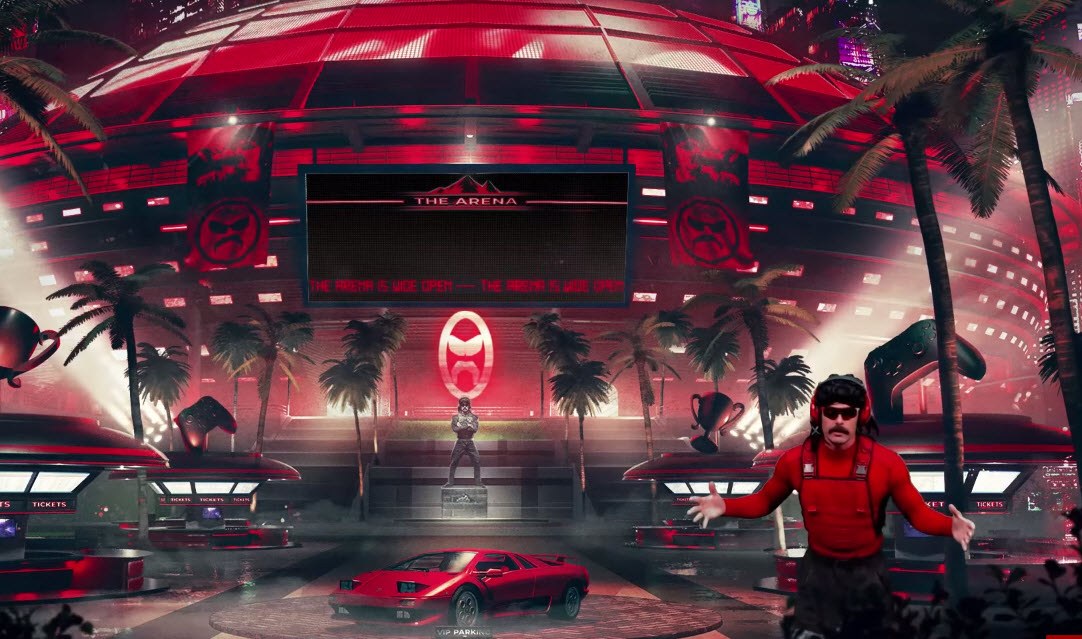 Dr Disrespect’s stream is known for some of its incredible production quality.[ad name=”article2″]

After being asked about his thoughts on streaming and its complexities, the self-proclaimed ‘face of Twitch’ responded by in classic fashion while subtly praising the dedication he puts into his broadcasts, adding, “When I think of behind the scenes of streaming for a ‘normal’ streamer, let’s be real here, there’s not much to it.”

“Some little kid has got his neon lights in the background, and his little fridge, and a gaming chair, and a setup with a monitor and you press start streaming” the Doc explained, before jokingly imitating some of his fellow streamers with a simple “Hey how you doing?”

Although the Doc did not mention any names, in particular, his fans quickly cottoned on that the Two-Time was likely referencing TimTheTatman and summit1g, who have almost identical setups to what he had described, complete with neon lights and mini-fridges.

It certainly wouldn’t be the first time he’s mocked the pair either, as they are often the butts of his many of his jokes – all part of his ‘disrespectful’ character, of course.

Dr Disrespect’s ability to alter his background between some of his various facilities and locations of choice can often lead to some highly entertaining clips from his channel, including some of his travels in his Lamborghini.

One of the Doc’s best moments came from the grand unveiling of his Champions Club gym, which was followed by a hilarious speech mocking some of the “pathetic” gym users he had seen lifting.

However, despite the Doc’s criticism on the “normal streamers” gaming setups, the likes of TimTheTatman and Summit1g are often listed in the same conversation as Dr Disrespect when it comes to the biggest stars on the livestreaming platform.

Although he probably wouldn’t like to bring it up, both streamers rank higher than him on the most followed channels list.