Popular YouTuber Deji Olatunji has responded to underage grooming allegations levelled against one of his Twitch and Discord moderators, saying that the person has been reported to police.

Deji, who streams on Twitch under the alias of ‘comedyshortsgamer’, revealed that one of his mods had allegedly been abusing their position of power to solicit sexual pictures from underage fans of the Youtuber.

The moderator, who goes by the name ‘BamJake’, was a long-standing member of Deji’s community on Twitch and Discord. In a video titled “I have some bad news,” Deji laid out the situation to his fans, and spoke out against the mod’s actions. 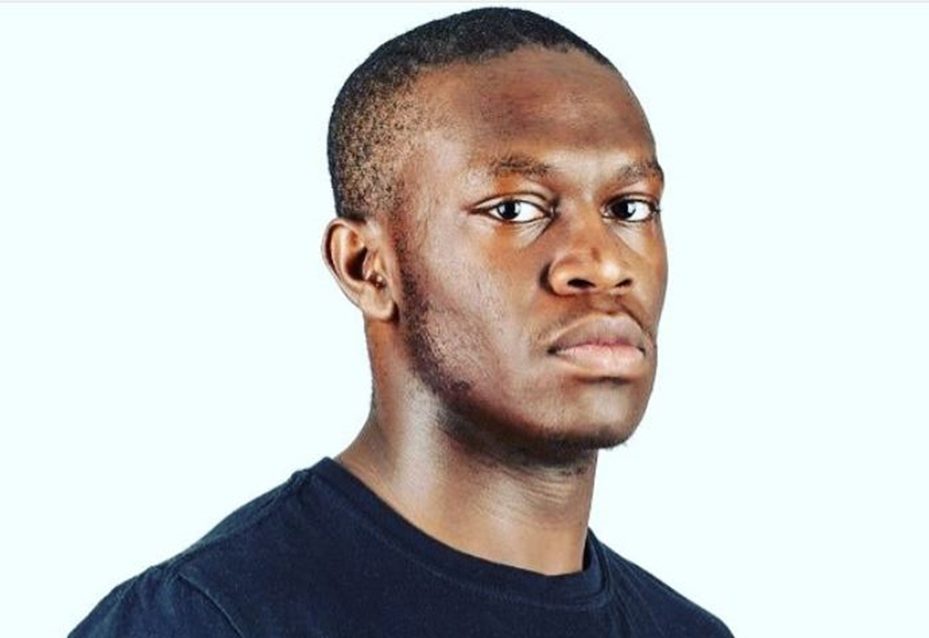 Popular YouTuber has discussed claims of sexual grooming of underage boys by one of his Twitch mods.

“It has come to my attention that he has been grooming young boys and asking young boys for pictures — like nude pictures,” he said. “BamJake was 20, and all the boys are under the age of 16. ”

BamJake has been around Deji’s Twitch streams for months, helping him build a bigger presence on the platform.

“One time I was live streaming on Twitch and someone came in, his name was BamJake,” he said. “I thought he was a chill dude, he was funny as hell, trolly as well — it was a good time, and I thought he was an alright guy.

“I made him a mod on my stream, not seeing any big deal about it. He even made me a Discord server, which looking back on it, he was very adamant about the Discord server.”

Deji alleges BamJake used his position of power to groom more than ten children, under the age of 16, to send him sexual images.

“10+ boys have come out saying they have been groomed by BamJake, [and] it’s just disgusting really,” he said. “I put trust into this guy and it turns out that he’s like this.

“He was begging for nudes, and that’s just really disgusting in my opinion, it’s just gross.”

The YouTube personality, who has almost 10 million subscribers and 2 million Twitter followers, shared some of the messages sent by BamJake to the children. He said the victims were “very brave for coming forward,” saying it’s not their fault. 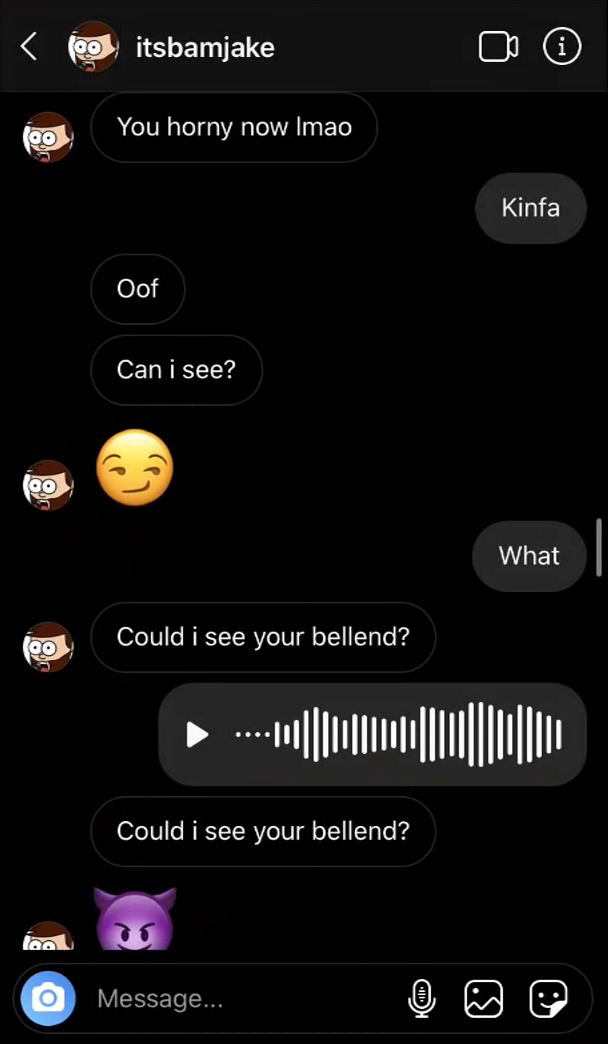 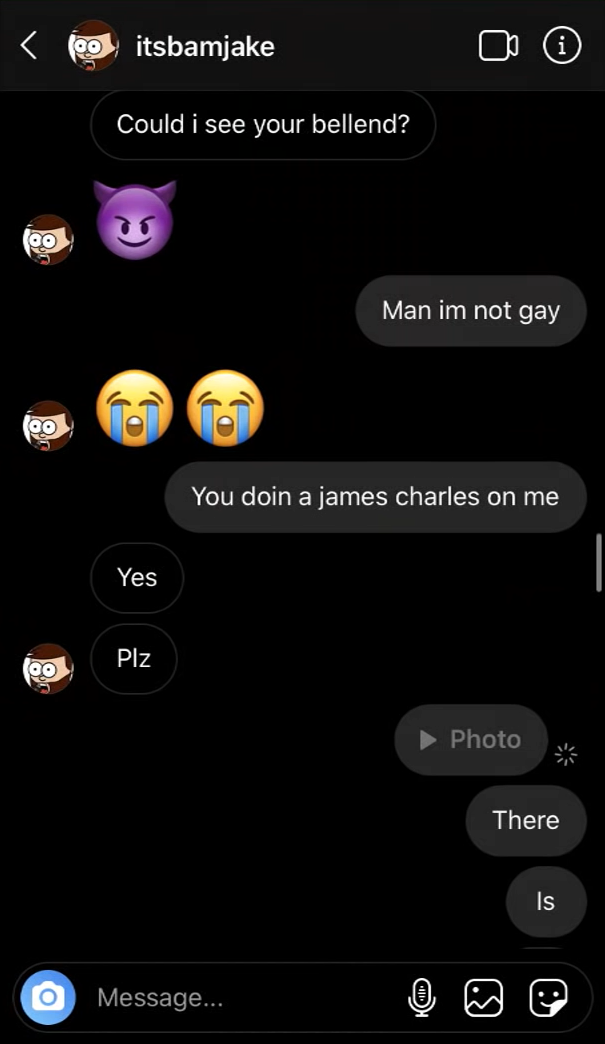 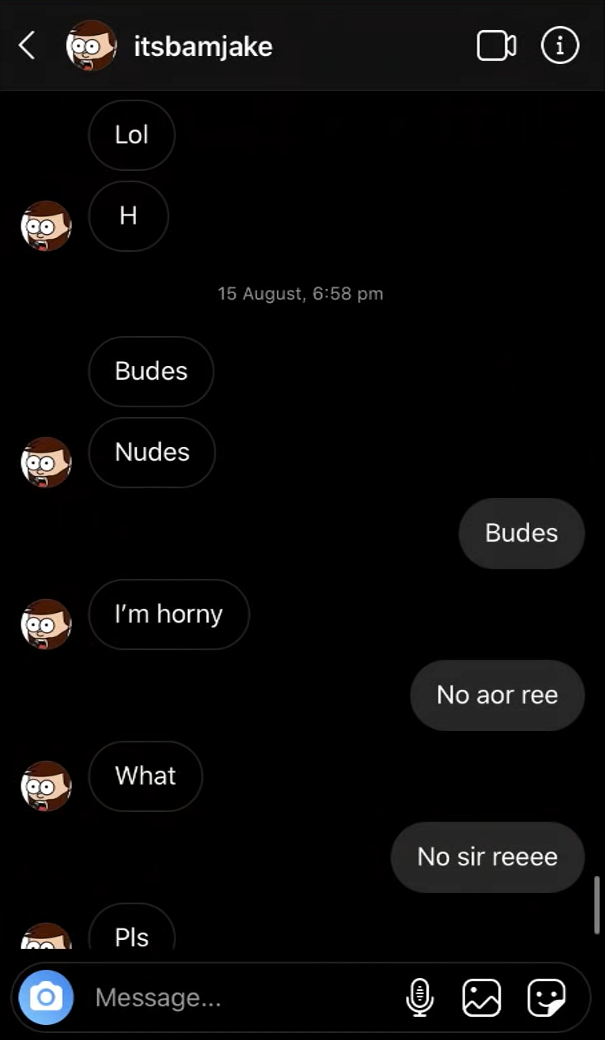 “It’s not [the victims’] fault,” he said. “I understand because they didn’t see the severity of it, they were just like “oh, he’s going to give me money if I do this,” so they obviously didn’t understand how severe it is.”

Deji has apologised to his fanbase, saying that he misplaced his trust and that many of his other moderators warned him about BamJake’s behavior.

“I just want to say sorry,” he said. “Sorry for putting trust into this guy, and I’m sorry to the other boys who have had issues with BamJake.

“I’m an optimist, I was seeing that maybe he’s alright, but clearly not. I thought I was a good judge of character, but obviously I’m not.” 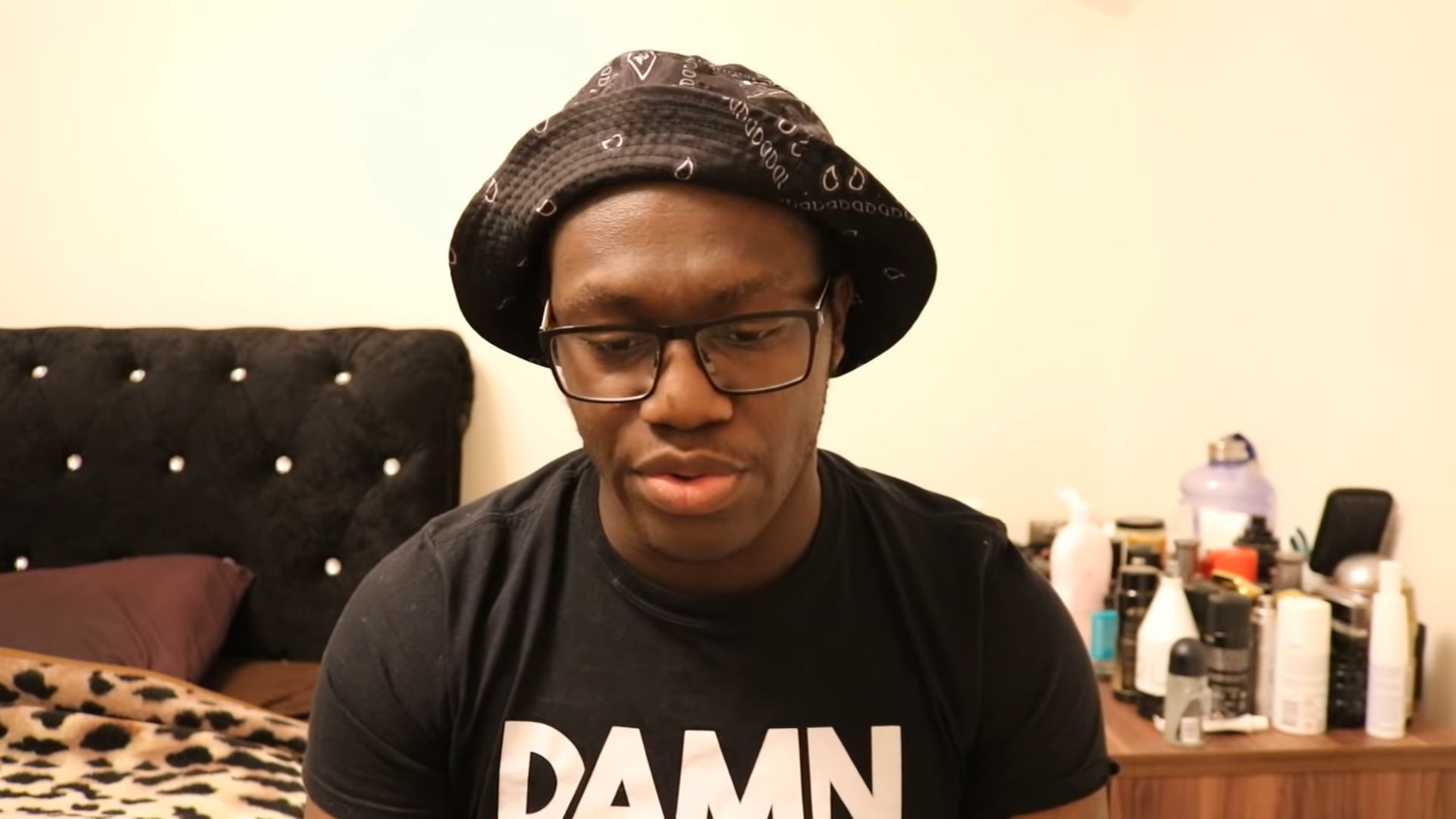 Deji has apologised to the victims, saying he misplaced his trust in the moderator.

Deji mentioned that the police have gotten involved, and an investigation into the accusations is on-going.

“The police are already dealing with the situation,” he said. “I’m happy that the police are getting involved because this is sick.”

He also urged other victims of the sexual harassment to come forward and report their experiences to the police.

If you are a victim of underage sexual assault or harassment, you are not alone. Counselling and support services are available for you in times of need.